Fighting our way out of child poverty crisis 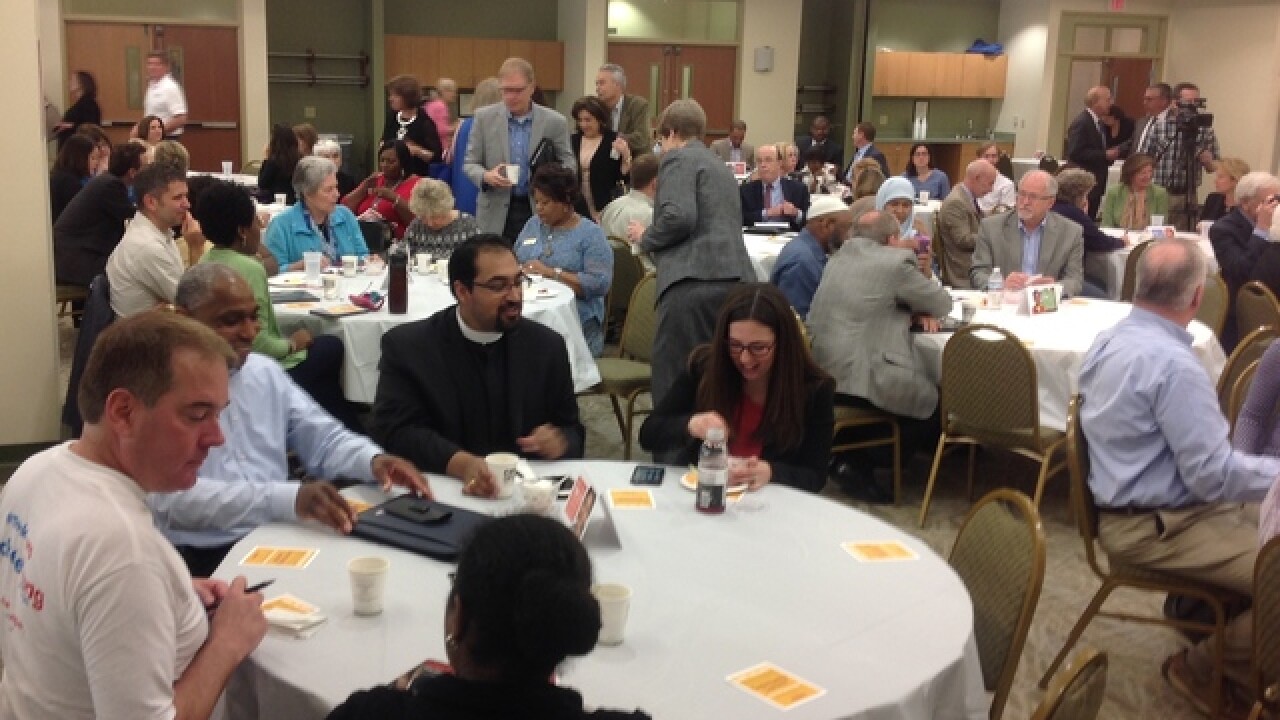 Lucy May | WCPO
<p>Nearly 250 people gathered May 24 to hear Adam Kahane talk about the keys to solving complex problems. The event was organized by the Child Poverty Collaborative.</p> 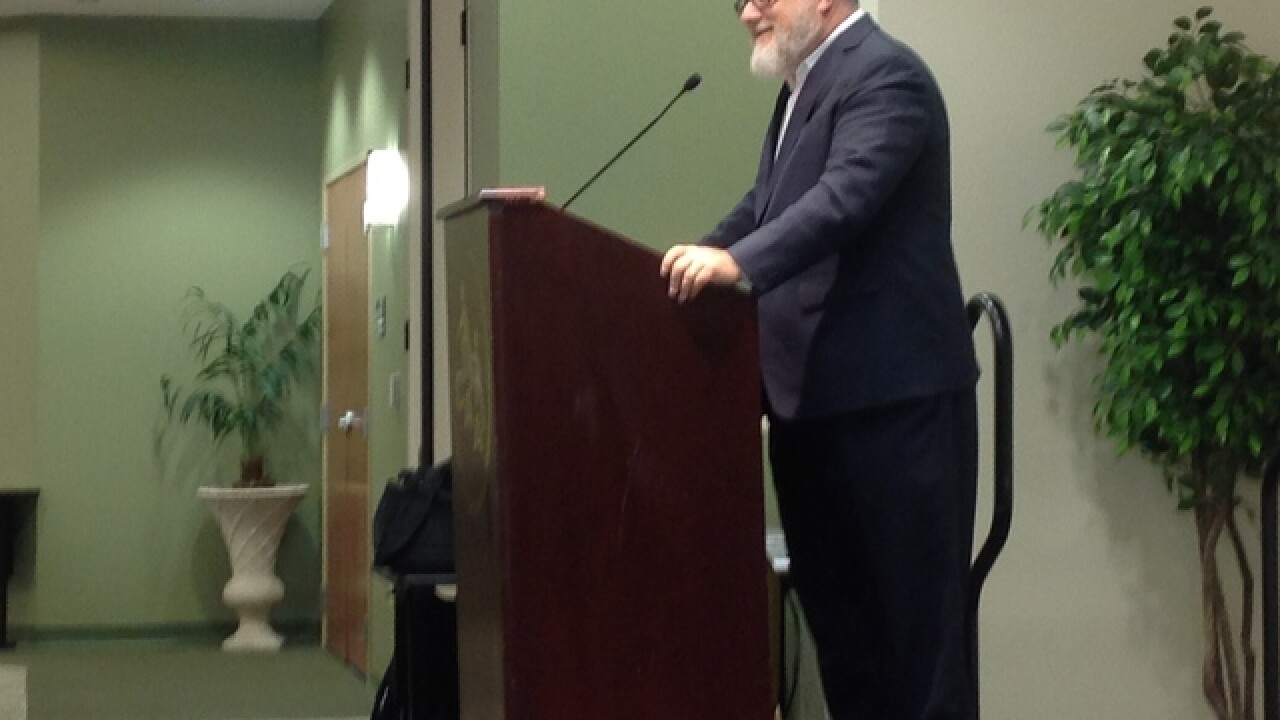 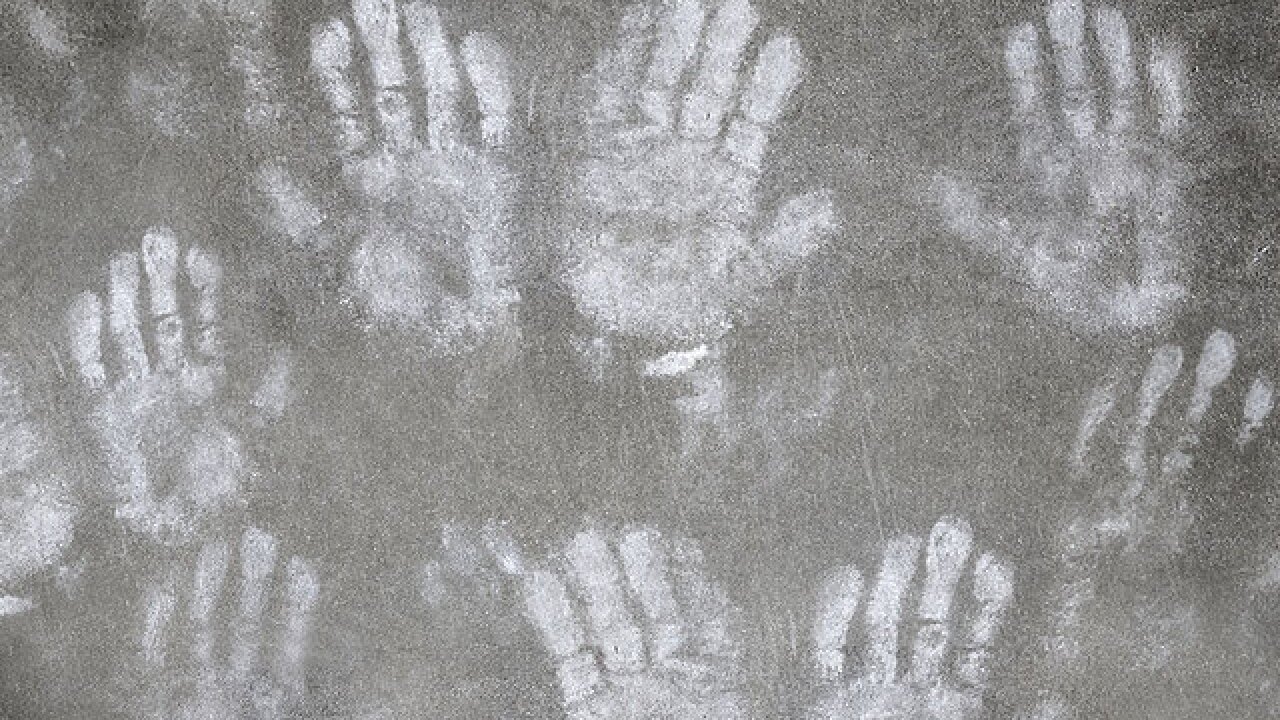 CINCINNATI — As some of our region's most influential leaders in politics, business and religion get to work on solving Greater Cincinnati's shameful child poverty problem, an expert in problem-solving offered this important message:

Don't rely on CEOs, mayors or even paid experts to provide the solutions.

Well, Adam Kahane didn't say it in exactly those words. But in a speech Tuesday that drew a standing ovation from the nearly 250 people gathered to hear him, Kahane offered advice for how a large, diverse group of people should move forward in tackling thorny problems such as child poverty. Or, perhaps more notably, what they shouldn't do.

Kahane summed it up during a one-on-one interview after his speech.

"The most important trap not to fall into is the idea that a situation like this can be understood and worked on from outside and above. It can't be. It won't work," Kahane told me. "And only if you work in a way that involves the people who are involved — and the way they understand the situation and the way they understand it can be addressed — is it possible to move forward. Otherwise you'll get stuck and you'll replicate the top-down, expert, patriarchal way of doing things, which got us in the mess we're in."

The Child Poverty Collaborative organized the event with Kahane so he could share his experiences helping to facilitate transformational, systemic change.

Kahane is an author and director of Reos Partners' Montreal, and his experience includes work in South Africa related to the dismantling of apartheid.

That was enough to make me want to hear what he had to say. I have written so much about our region's child poverty crisis over the past year and a half that I sometimes find myself mired in the complexities and scale of the problem. After all, nearly half of all children in the city of Cincinnati live at or below the federal poverty threshold. In the broader Tri-State region, an estimated 105,000 kids are poor.

But I figured surely a man who helped South Africans work through the gaping wounds left by apartheid could help us.

Based on his speech Tuesday, I think Kahane can.

It wasn't because Kahane offered specific solutions or even laid out a path that the Child Poverty Collaborative should follow.

He made it clear, in fact, that's what he would not do.

"I really can't say much about what you ought to do about Cincinnati or child poverty," he said at the start of his talk. "I don't have any recommendations or suggestions for you at all."

Instead, Kahane talked about his experiences in South Africa and other places around the world and, in doing that, explained what has worked and what hasn't worked for the groups who have sought his help as a facilitator.

He started by explaining some lessons he has learned through what he called "tough collaboration."

• "It is possible to work with people who we don't agree with or like or trust."

• "It is possible in this way to make progress on our most difficult challenges."

• Tough collaboration is "almost always filled with disagreements and arguments and conflicts. It's slow, and it almost always gets stuck, and it can be immensely frustrating."

• "It's difficult — and it's more difficult that it's made out to be."

• "Almost everybody thinks almost all the time that if everybody would just do it the way I think it ought to be done, we wouldn't have a problem here."

Collaboration, he noted, has two meanings. The most common is working together. But a collaborator is also a term used to describe someone who works with the enemy during times of war.

"The word has within it a built-in, intrinsic tension," he said. "We think in order to work forward on the tough challenges we care about, we must work together. In order to avoid being traitors, we must not work with those people."

This wasn't exactly a pep talk. Kahane spelled out in detail some of the frustrations and disappointments that he has encountered during this work over the past 25 years.

But he explained the keys to success in moving forward, too. And they aren't necessarily what you might expect.

• You don't need to collaborate. There are actually three ways to deal with any complex problem. The first, he said, is to adapt and try to get along as best we can. The second is to for people to decide they have the answer and to try to force it upon others. The third option is collaboration.

"Collaboration — this way of working, to which I have devoted 100 percent of my working energies for the past 25 years — is what you do when the others don't work," Kahane said. "But it's always a choice."

This point made me wonder, have we as a region truly chosen to collaborate to address our child poverty problem? The people who are involved in the Child Poverty Collaborative have. But I'm guessing it will take more of us to make a difference.

• Fighting is part of the process, and that's OK. The black and white thinking, he said, is that "dialoging with others is good, and fighting is bad." But for true, tough collaboration to work, there must be the right balance of love and power.

Kahane described love as the "drive toward the unity of the separated" and power as" the drive of everything living to realize itself."

To emphasize the importance of achieving the right balance between the two, Kahane quoted the Rev. Martin Luther King Jr.: "Power without love is reckless and abusive, and love without power is sentimental and anemic."

In a tough collaboration, power without love is easy to spot and squelch, he said. But love without power can be insidious and damaging if it goes unrecognized. That's why those who might appear the most powerless must fight for their beliefs, ideas and understandings during a tough collaboration.

That will be a critically important lesson as the Child Poverty Collaborative works to involve people living in poverty — or those who are in the process of lifting themselves out of it — in the group's work.

• Don't buy into the idea that there's only one right answer, and everyone needs to agree on it before the problem gets solved. For a tough collaboration to succeed, the people involved must be open to multiple answers — or even no answers. And there must be a willingness to try different solutions to figure out what works.

"We don't have to agree," Kahane said. "We can be different, and we can nonetheless work together."

• Also, you don't have to know where you're going.

With "tough collaborations," that doesn't work, he said.

"The best image I ever heard was from a Chinese leader," Kahane said. "He said, 'we are crossing the river and feeling for stones.' That means we sort of know what we're trying to get at, but we have to take it one step at a time."

That means that to be successful, a group must be willing to take a step, pause, figure out what it has learned and then try something else if necessary.

"The approach to failure can't be 'We just have to try harder,'" Kahane said.

• Finally, don't go into the work thinking you need to change the world. The temptation, Kahane said, is to divide the world into heroes and villains.

"What I've noticed often — including in myself — is that when things are difficult, what many people do is to focus on what others are doing or what others ought to be doing," he said.

To be effective, those involved in tough collaboration must be willing to look inward and figure out what they should be doing differently.

That means each man and woman must figure out the part they play in the problem they're trying to solve.

"Our instinct is to defend, to polarize to black and white, to shrink back to our comfort zones," Kahane said. "What we actually need to do is open up, explore the gray and stretch our comfort zones."

Heads nodded in agreement, and people applauded at the idea.

It will be much more difficult to execute, of course.

But the Child Poverty Collaborative will have a chance to put Kahane's advice into practice with its next big event: A Community Summit from 8:30 a.m. to 12:30 p.m. on June 25 at Xavier University's CINTAS Center.

There could be arguing and tension and distrust. But, based on what Kahane said, that's OK. That might just mean we're getting somewhere.

To learn more about the Child Poverty Collaborative and how you can help, email childpoverty@uwgc.org.