What to do when out of jail yet out of a home? 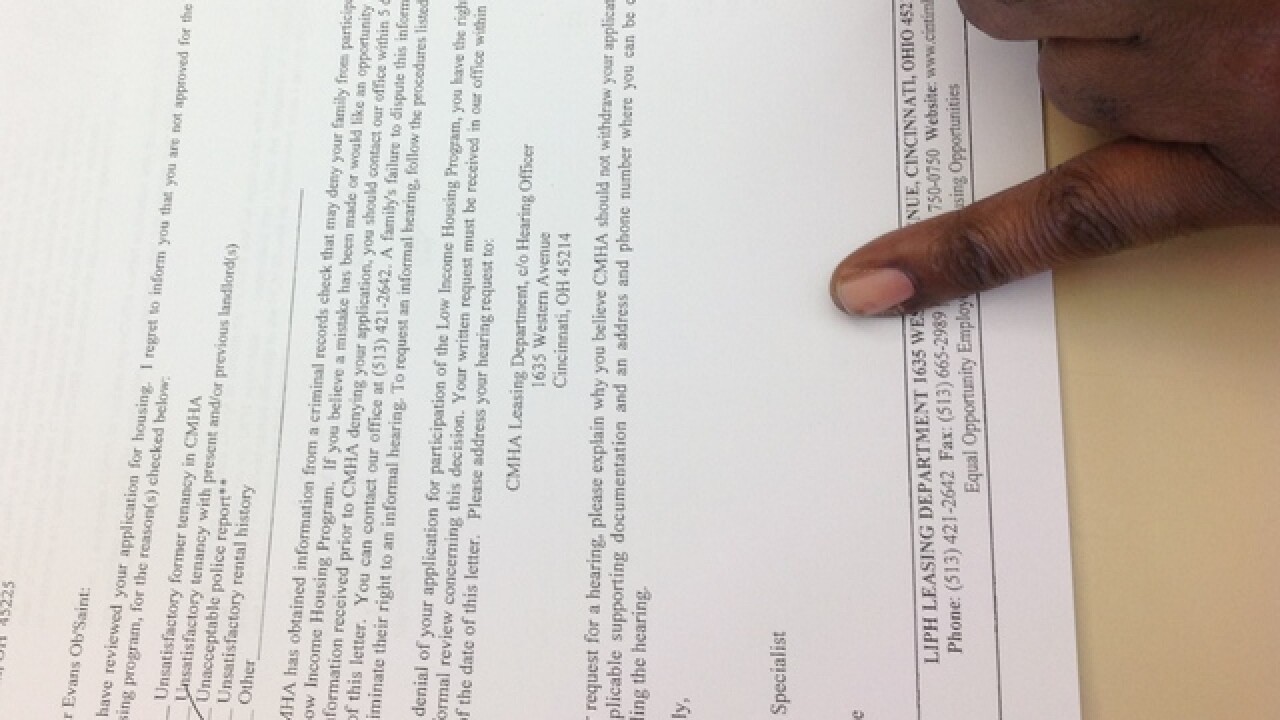 Lucy May | WCPO
<p>Evans Ob'Saint with the rejection letter he received after applying for housing.</p> 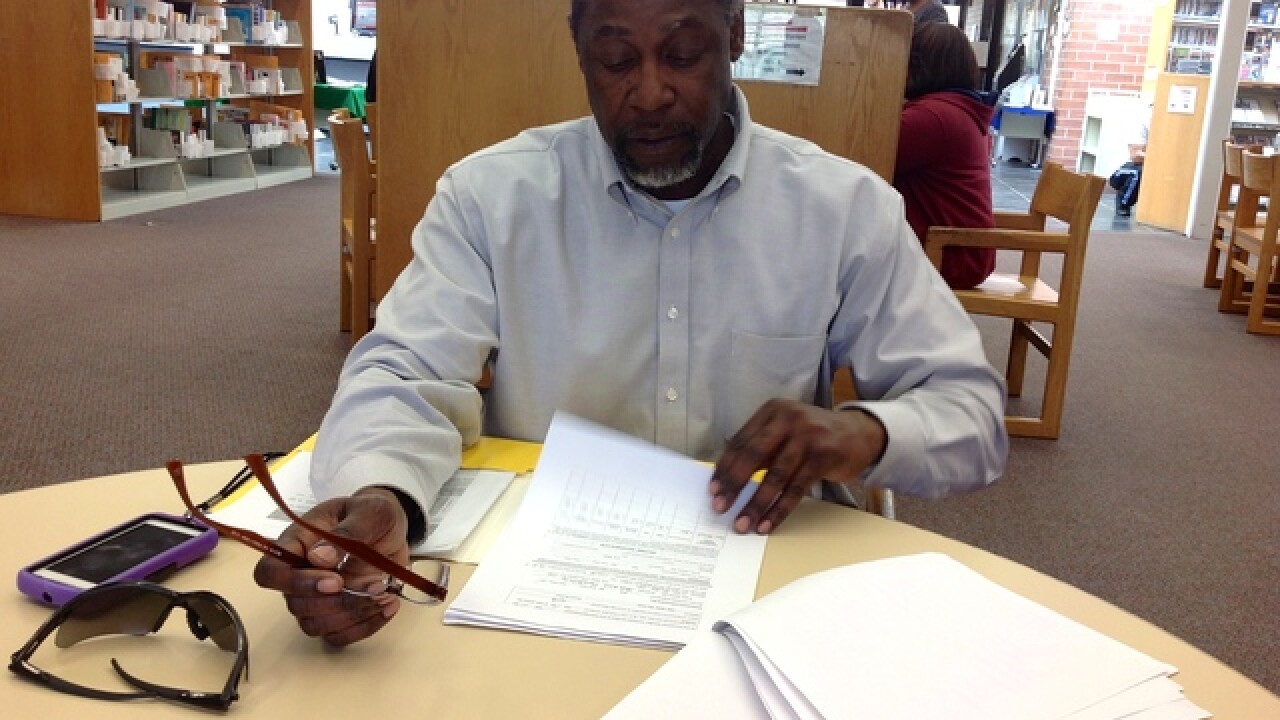 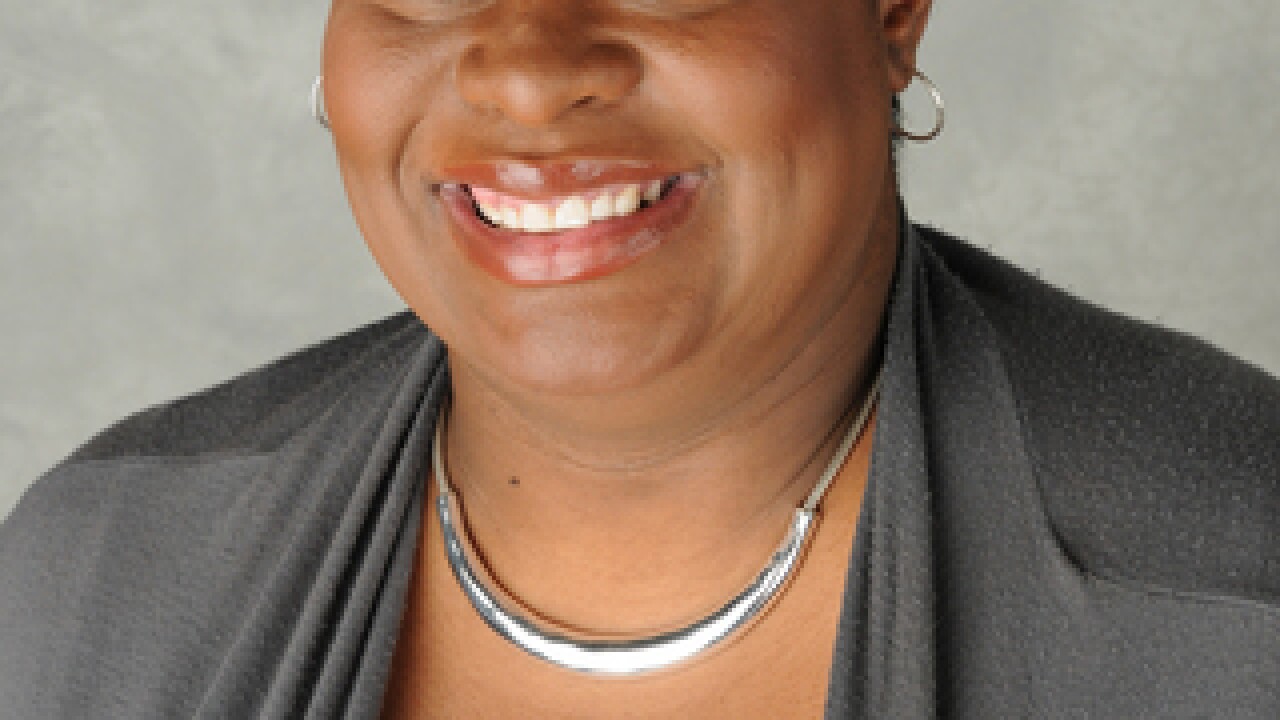 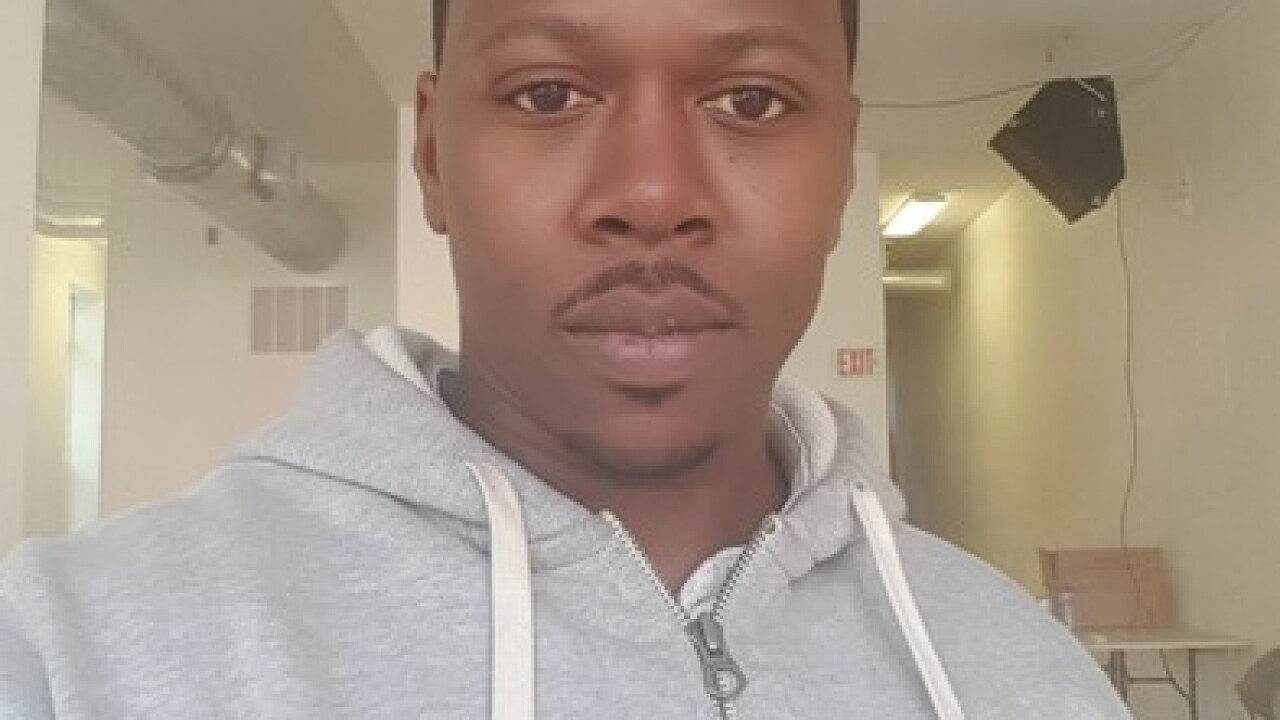 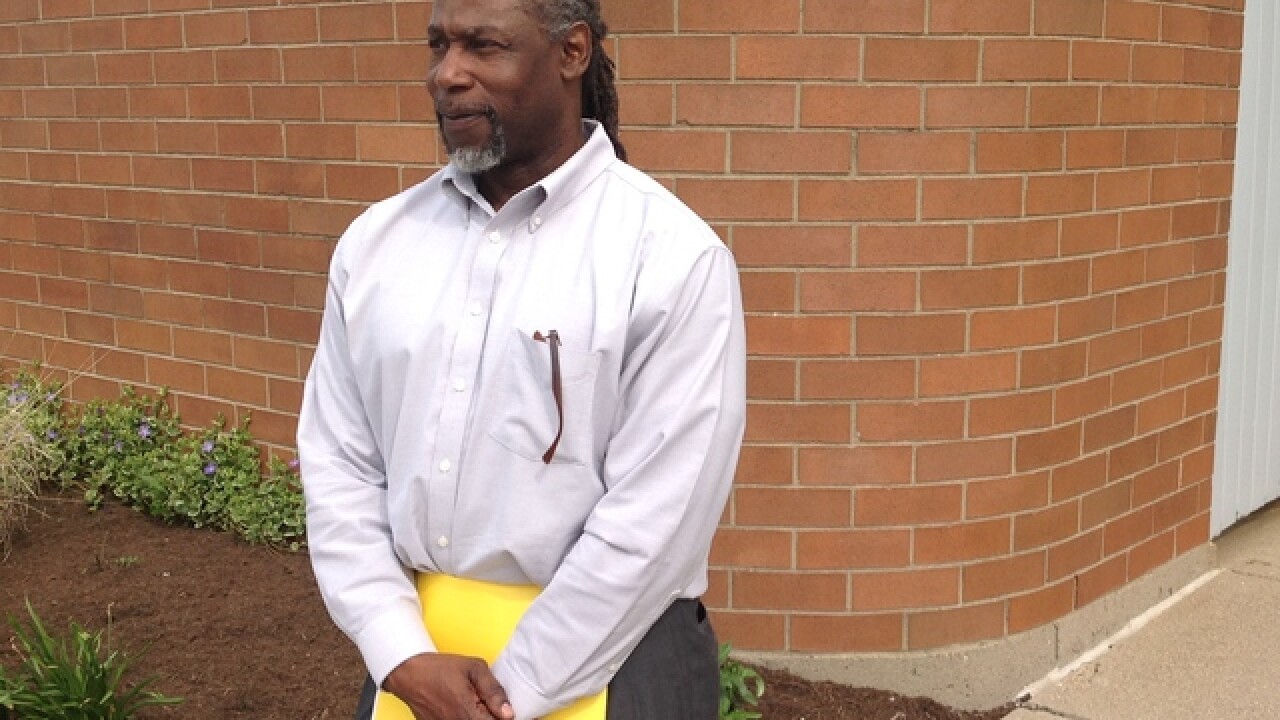 CINCINNATI — It was 2005, just before Christmas, and Evans Ob'Saint was unemployed.

He needed money and decided to rob a bank to get it. Ob'Saint got away with some cash but was caught soon afterward.

A dumb thing he's still paying for. Here's how: Ob'Saint was released from prison in 2014 after serving nine years. He returned to Hamilton County, determined to rebuild his life the right way. But even after the downtown nonprofit Cincinnati Works helped Ob'Saint get a good job — a huge challenge for someone with a felony conviction — he hasn't been able to find anyone who will rent him a place to live.

"I've done everything. I've stood in the longest lines. I've gone to every agency, every organization that is there to assist," he said. Ob'Saint said he's not trying to dismiss the crime he committed more than a decade ago. "I made that decision, but I paid those dues. I really have. I've done everything since then to align myself with the right people, the right contacts. Something is blocking me."

Ob'Saint is far from alone. Every year, roughly 2,000 men and women return to Hamilton County after serving time in prison. And many of these returning citizens, as they prefer to be called, struggle to find decent, affordable places to live.

That's why Housing Opportunities Made Equal — the local fair housing agency known as HOME — is hosting a panel discussion at the end of this month to draw attention to the problems that returning citizens have when they try to find housing.

Landlords that refuse to rent to anyone who has a criminal record — no matter what the crime was, how long ago the conviction happened or even if it was an arrest that never amounted to anything — could be in violation of the federal Fair Housing Act, said Jeniece Jones, HOME's executive director.

'You Don't Want to Be Homeless'

"Because we know African-Americans and Hispanics have a disproportionate rate of interactions with the criminal justice system for similar crimes, this could disparately impact people based on their race or ethnicity," Jones told me.

People typically are more familiar with deliberate discrimination — such as housing discrimination where a landlord refuses to rent to anyone of a certain race.

But there also is discrimination that is the result of "disparate impact," Jones said. And landlords who refuse to rent to anyone with a criminal record could be guilty of that, she said.

"We've found that here," she said. "And we want to have a community conversation around that."

That's the point of the panel discussion later this month.

Of course, the problems facing returning citizens aren't HOME's only concern when it comes to fair housing issues. But those difficulties are contributing to instability within neighborhoods and families, Jones said.

"Why isn't this parent involved? Where's this kid's parent or why aren't they getting important guidance from their parents? Well, if you can't return from incarceration, that's a problem," she said.

It has certainly been a problem for Ed Glaze III. He went to prison in 2001 for robbery and served six years. Glaze, who is now 34, was released in 2007.

"Since then, all the way up until now, I haven't been able to find an apartment in my name," he said. "It's easier to find a job now with a felony conviction versus getting an apartment."

That has meant a lot of moving around for Glaze, his wife and their 2-year-old son, he said. Glaze has gotten help from the Cincinnati Society of St. Vincent de Paul's re-entry program, which has advocated for him in court and is prepared to help him with a deposit for an apartment when he finds a landlord who will rent to him. He just doesn't know when that will be.

Sleeping In His Car

Ob'Saint, who is 49, has children, too. His older daughter is grown, and his younger daughter is 17. Both live in Florida, where Ob'Saint grew up.

Ob'Saint saved enough money from his paychecks recently to send his younger daughter $250 for her birthday, he said. He hasn't been involved in her life for a long time, he said. But she is asking to come to Cincinnati this summer and stay with him for a while. He doesn't know how to explain to her that he has no place for her to stay.

Ob'Saint's mail goes to an address for the Greater Cincinnati Homeless Coalition. Sometimes he sleeps at a men's homeless shelter. Most nights he sleeps in the basement of a friend's house because it's closer to where he works a night-shift job. For a month before he started staying with his friend, he slept in his car.

Ob'Saint applied for government-subsidized housing soon after he returned to Cincinnati in late 2014.

But the Cincinnati Metropolitan Housing Authority rejected his application because of his criminal record, he said.

A spokeswoman for CMHA said the agency follows HUD's policies regarding potential tenants with criminal activity in their pasts.

Everyone is welcome to apply for housing, CMHA's Lesley Wardlow said, and anyone whose application is rejected can appeal.

Ob'Saint did appeal the decision with support from Cincinnati Works and the Phoenix Program there, which works with returning citizens to help them get jobs.

But CMHA told him to wait three years before applying again.

The point of all this isn't to try to make anyone feel sorry for Ob'Saint or Glaze.

The point is that every year, roughly 2,000 men and women return to Hamilton County after serving time in prison. And if they can't find places to live or get decent jobs, how are they supposed to become productive people who pay taxes and take care of their children?

These are questions our community needs to tackle.

Ob'Saint said he hasn't given up.

"I've already hit rock bottom. So there's nowhere else to go but up," he told me. "No matter how bad it gets in here, it pales in comparison to what I faced inside. It's not even close. I can get through it."