COLUMN: Here's something new we could try to help our homeless neighbors 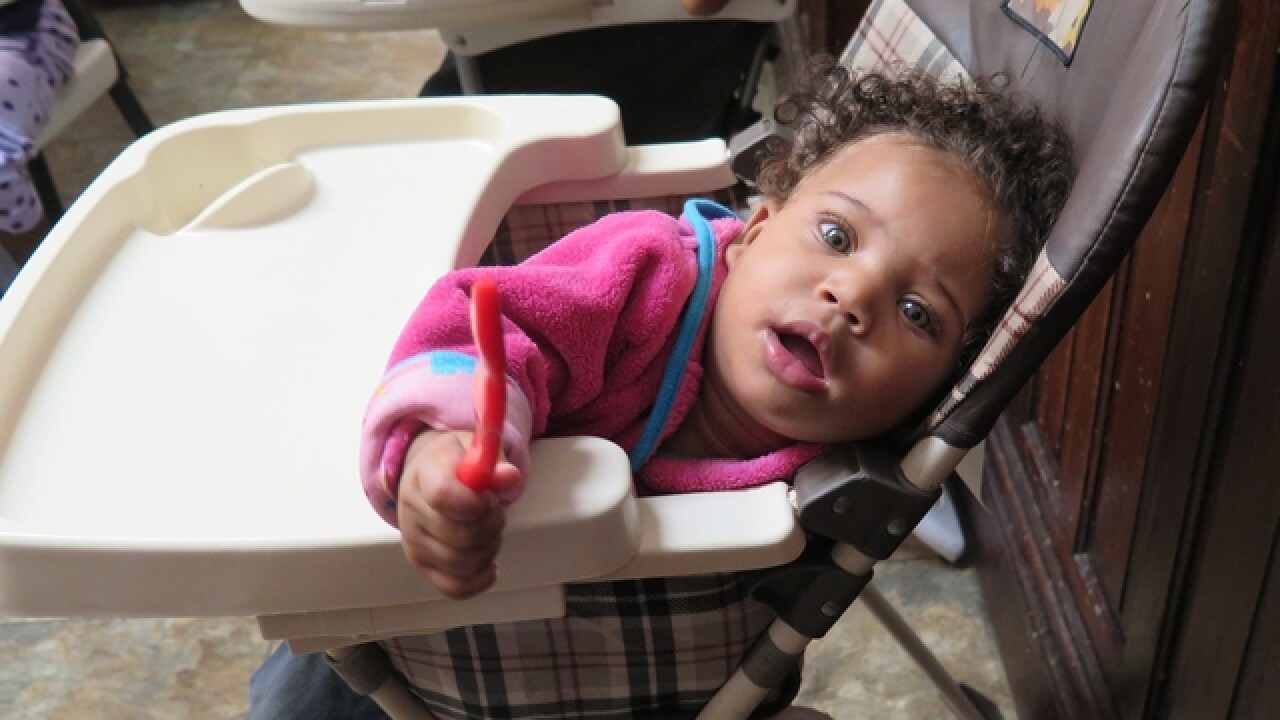 Lucy May | WCPO
This little girl stayed at Bethany House Service&#39;s Fairmount shelter with her mom and siblings in 2016.

CINCINNATI -- As complicated a problem as homelessness is, Susan Schiller has a pretty simple idea about how to solve it.

“If our moms had jobs, they wouldn’t be homeless,” said Schiller, the executive director of Bethany House Services , which operates shelters and housing for families experiencing homelessness. “On a very simplistic level, I think there’s a lot of truth to that.”

It’s a truth that organizations in Connecticut are putting to the test through a pilot program called Secure Jobs Connecticut .

Modeled after a similar program in Massachusetts, Secure Jobs Connecticut aims to make it easier for parents to get decent jobs as they make their way out of homelessness.

I heard about the program through Design Impact , a nonprofit based downtown that uses design strategies to address social problems. The Melville Charitable Trust hired Design Impact to help the people involved in the program figure out ways to improve it.

Secure Jobs aims to raise the incomes of families who have been homeless by connecting them to the education and training they need to get and keep stable jobs.

The program does that by streamlining the resources available for parents so they aren’t trying to juggle a bunch of different caseworkers and programs all while settling into stable housing, finding childcare and getting and keeping the jobs they need to support their families.

“Most of the women that are in the pilot are single moms with kids under 6 years old,” said Becca Allen, a program officer with Melville Charitable Trust. “They really are moms that do need some support in order to navigate all these systems that any one of us would have difficulty navigating.”

Melville and its funding partners have invested $1.8 million in the program, which is in its third year. In its first two years, Secure Jobs Connecticut served 161 families, consisting of 161 parents and 285 children, Allen said.

Of those, 50 percent of the parents got full-time jobs.

Those results blow our community out of the water.

Kevin Finn, the CEO of Strategies to End Homelessness , told me only about 20 percent to 30 percent of people leaving homelessness in Hamilton County successfully get jobs.

Finn has tried to boost those numbers by coordinating services in a way that is similar to what Secure Jobs Connecticut has done.

The program in Connecticut starts with families that are part of what is called the “Rapid Re-housing Program.” That program uses money from the U.S. Department of Housing and Urban Development to help people move from homeless shelters into stable housing. It gives them rental assistance for a period of time and a caseworker to help them find the resources they need to stabilize their lives.

Our region gets Rapid Re-housing money from HUD, too. Finn and Schiller and other people who work on homelessness in the region know how important good jobs are to keep families on the right path.

“Employment is the number one thing that would lead a homeless person to becoming independent and not falling back into homelessness,” Finn said.

But it’s easier said than done.

Finn said he has talked to local workforce training programs and employers over the years to encourage them to train and hire people who are part of the Rapid Re-housing program. He hasn’t had much luck.

Only the Freestore Foodbank’s Cincinnati Cooks training program and the CityLink Center have been willing to take on formerly homeless clients, he said.

“People who are homeless, whether they should be or not, are frequently regarded as the people who would be less likely to be a good employee,” Finn said. “We’ve got hundreds of households that were homeless, and now we have gotten them back into their own housing. And what they really need is a job.”

So that’s brings us to the big question: Are we, as a community, willing to help the people and families who need us?

Homelessness is complicated. A lot of the people I have interviewed have become homeless after losing jobs that had been enough to help them support themselves and their families.

• Maybe a car crash that left them unable to work for a while and also destroyed their means of transportation.

• Maybe a sick child that needed their constant attention in the hospital.

• Or maybe something as simple as calling off work because school was canceled for snow cost them a job.

“I would guarantee there are people who lost jobs last week because they didn’t have childcare,” Finn said.

Aren’t there more organizations and companies in Greater Cincinnati willing to give those people an opportunity? Or local philanthropic organizations willing to invest in a program similar to Secure Jobs?

Sarah Corlett is the director of community development at Design Impact and was one of the people who worked with the Secure Jobs Connecticut team.

Corlett said she was impressed that the program has flexible funding that its front-line workers can use if a family needs money to repair a car that has broken down, for example, or to help pay for child care before a child care voucher comes through.

“There was a lot of freedom in the way front-line workers were able to approach their work,” she said.

And as much as Schiller knows that her clients need good jobs, Bethany House doesn’t have the money to spend on that work either, she said.

So what are we as a community willing to do? Are there more workforce training programs willing to give an opportunity to someone who has experienced homelessness? Are there employers willing to hire people who already have work experience and skills, even if they have had to spend a few nights or weeks in a homeless shelter?

Secure Jobs Connecticut isn’t perfect, of course. The program’s clients struggle to get jobs that pay a living wage, Allen said, and families could use more help paying for childcare.

But it’s light years ahead of what we’re doing here in Cincinnati.

This could be the year that a Cincinnati employer -- maybe a restaurant chain or retailer with locations all over town -- takes a chance on these families.

The more willing we as a community are to give them opportunities, the less likely they are to become homeless again.

“We’re not going to solve homelessness continuing to do what we’ve been doing,” Schiller said.

Let’s try something new. I bet Melville Charitable Trust would even give us the roadmap.