COLUMN: Family honors the late Jim 'Cookie' Koch by helping needy kids just like he did for decades 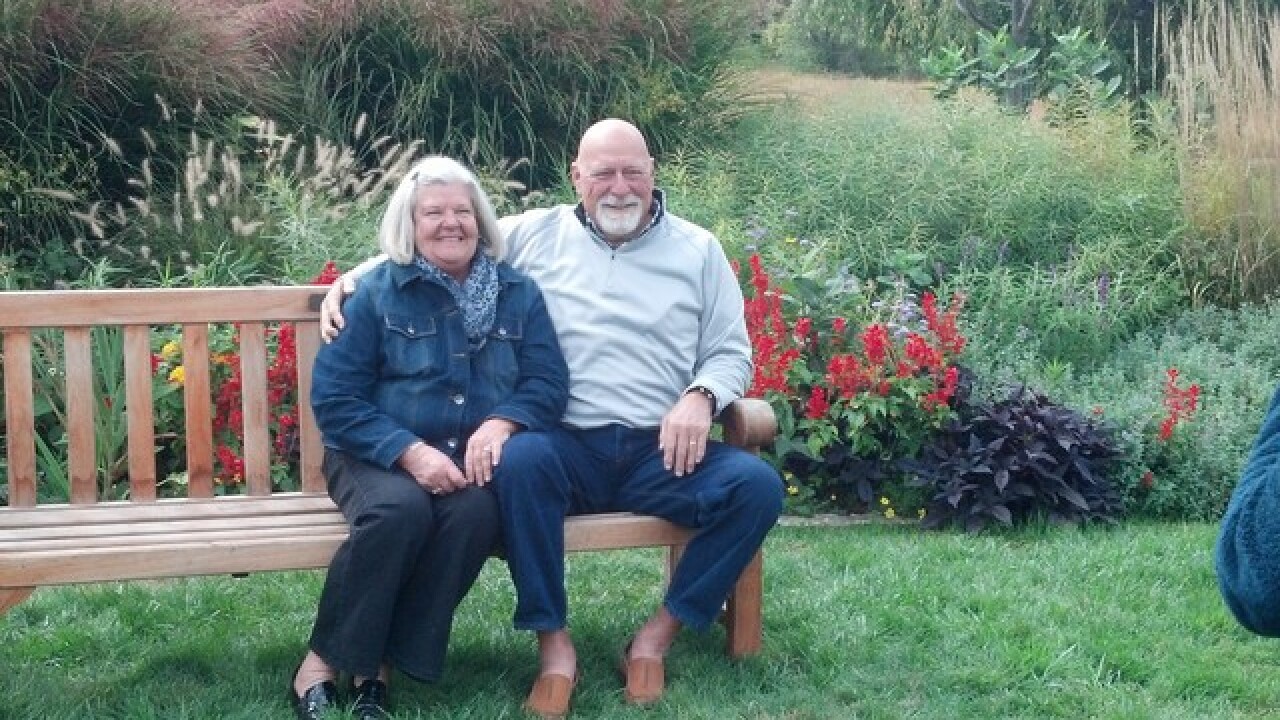 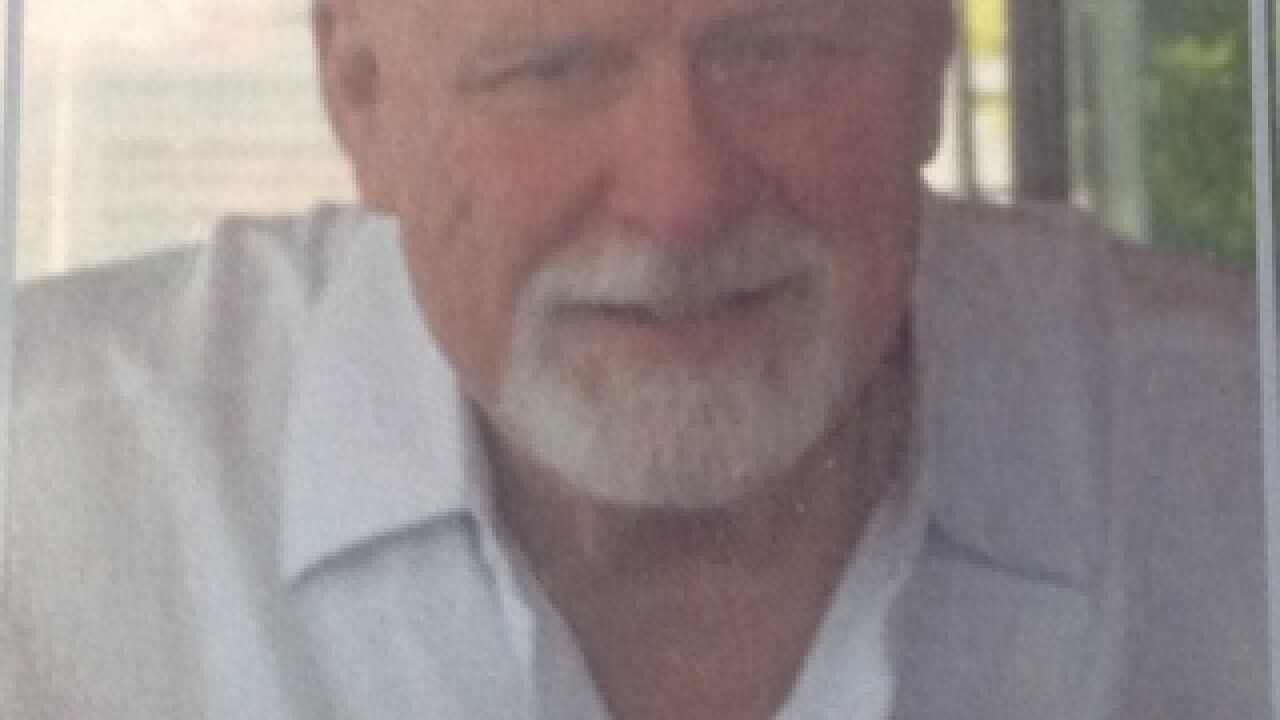 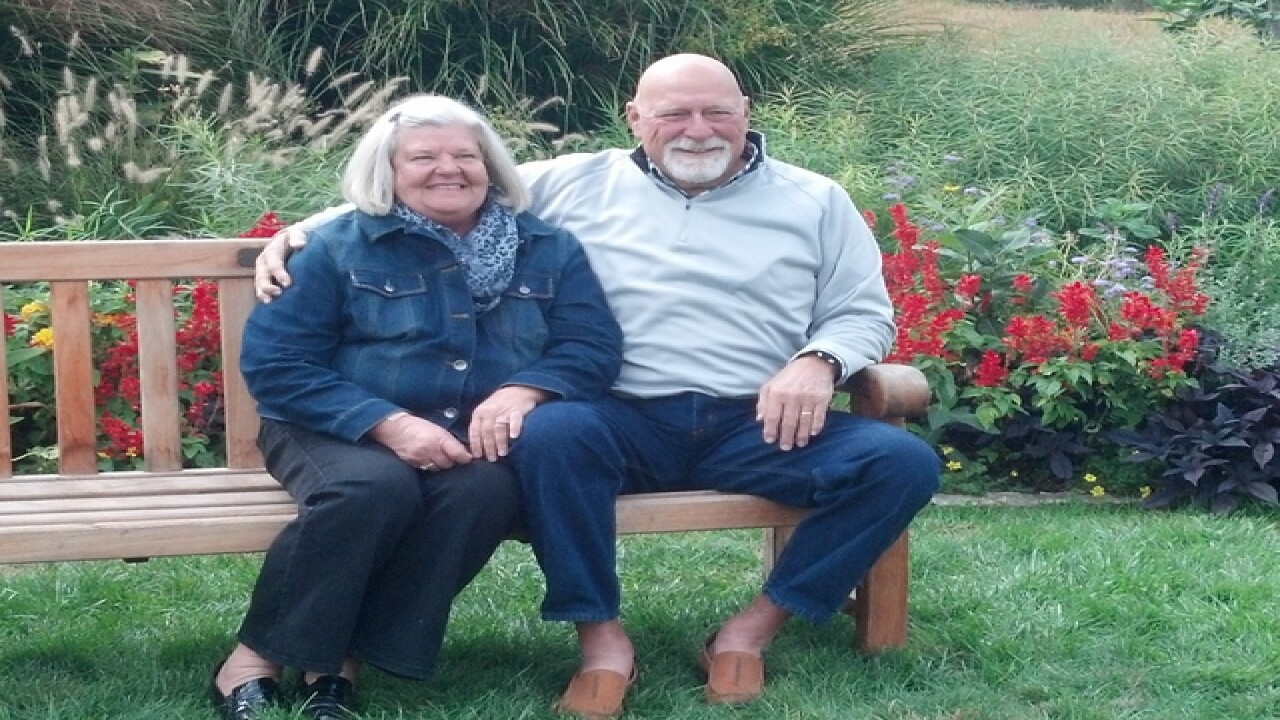 CINCINNATI — Sue Koch was still grieving the day we met, and it's easy to understand why.

On May 3, her beloved husband Jim "Cookie" Koch collapsed outside their Golf Manor home while the two of them were gardening. He was pronounced dead later that day. He was 70 years old.

Koch wiped away tears as she talked about her Cookie, a good man taken too soon. She told me she wanted to make sure he and his legacy were remembered. And when it comes to Jim Koch, his legacy extends far beyond his marriage of nearly 49 years, the couple's five grown children and their eight grandchildren.

It includes hundreds and hundreds of young people he counseled, taught and helped over three decades as a teacher and football coach.

"My husband was a very generous, unbelievable man," Sue Koch said. "Anytime we saw kids in need, we tried to do whatever we could."

The goal is to create a pot of money that Sue Koch can use to help more students in her late husband's name. She wants local coaches to be able to contact her through an email address that she and her daughter set up just for the fund. Coaches can ask for help for needy children who can't afford the fees to play football or some other sport. She wants to be able to cover those fees — like she and her husband did quietly for so many years — to continue the good work he started decades ago.

Sue Koch wants the spotlight on her husband. But her friends told me the Kochs were a team in this work.

'That's How They Are'

Moroski is executive director of UpSpring, a local nonprofit that serves the educational needs of homeless children. He worked with Sue Koch for years while she was school secretary at Purcell Marian High School and he was dean of students. He met her husband while working with her and was impressed by what the couple accomplished together.

"People say it takes a village to raise a child," Moroski said. "People like Sue and Jim actually take it to heart. They don't just put it on a bumper sticker. They honestly believe it."

In the 22 years that Jim Koch worked as a teacher and football coach at La Salle High School, he helped countless students in need pay their football fees or tuition. He drove one student to school every day for three years, Sue Koch said. The boy couldn't catch the bus because of the time he spent each morning helping his brother, who had autism.

In the 30 years Sue Koch worked as the school secretary at Purcell Marian High School, she fed hundreds of students breakfast with the granola bars, cereal bars and fruit she kept in her office.

"Sue knew literally who every single kid was who needed some love," Moroski said. "The whole damn family. That's how they are."

Sharon Lamping Moran was an art teacher at Purcell Marian for 38 years and worked with Sue Koch for 30 of them.

"Sue never wanted any thanks. She did not want the children in any way to be identified or pointed out," Moran said. "And Jim was the exact same way. He was just a big teddy bear. He was such a sweetheart. The kids just loved him."

Moran described the scholarship fund as the perfect way to honor Jim Koch.

"I told Sue, 'Cookie could not have asked for anything better,'" she said. "He was such a humble man. I was just thrilled."

'That's From My Husband'

So finally, after all those years of helping all those kids without any thanks or recognition, Sue Koch has stepped into the spotlight just a little.

She decided to start the fund just a few days after Cookie died.

Koch went to the Dollar Store — a place she loved and her husband hated. She needed something to do, someplace to go.

While she was there, she saw a woman filling her basket with items for a bunch of fourth-graders. The woman struck up a conversation, and Koch asked what she was doing. The woman explained that she was a teacher who was taking her students to the Cincinnati Zoo & Botanical Garden for an overnight stay because the kids didn't get to do much during the summer.

Koch asked the woman how many students were going, and the teacher explained that there were five students whose families couldn't afford the trip.

"I wrote her a check for the five and said, 'That's from my husband,'" Koch said.

Sue Koch told me her husband never expected anything like this scholarship fund.

They had talked to each other about their final wishes, and he had told her that after he died, "All I want is a beautiful mass and a hell of a party."

She and her family delivered both for him, and 1,000 people came to pay their respects.

Still, for her, it didn't feel like enough. The scholarship fund feels right, she said.

"They say pay it forward," Sue Koch told me. "You don't get rich by doing stuff like this. But you do get rich. You don't get material rich. You get 1,000 people coming to your funeral because of how you've taken care of them."

But we as a region can't underestimate how much we need the Sue and Jim Kochs of the world, too. They have helped individual kids over many years, by giving them breakfast or football fees or a ride to school.

Those good deeds haven't slashed our region's shameful childhood poverty rate. But they've made a huge difference for those individual kids and their families. And that's a heck of a start.

Contributions to the Coach Jim Koch Scholarship Fund can be made at any local Fifth Third Bank branch.