COLUMN: Avondale residents proud and fighting for every house in hope of renaissance 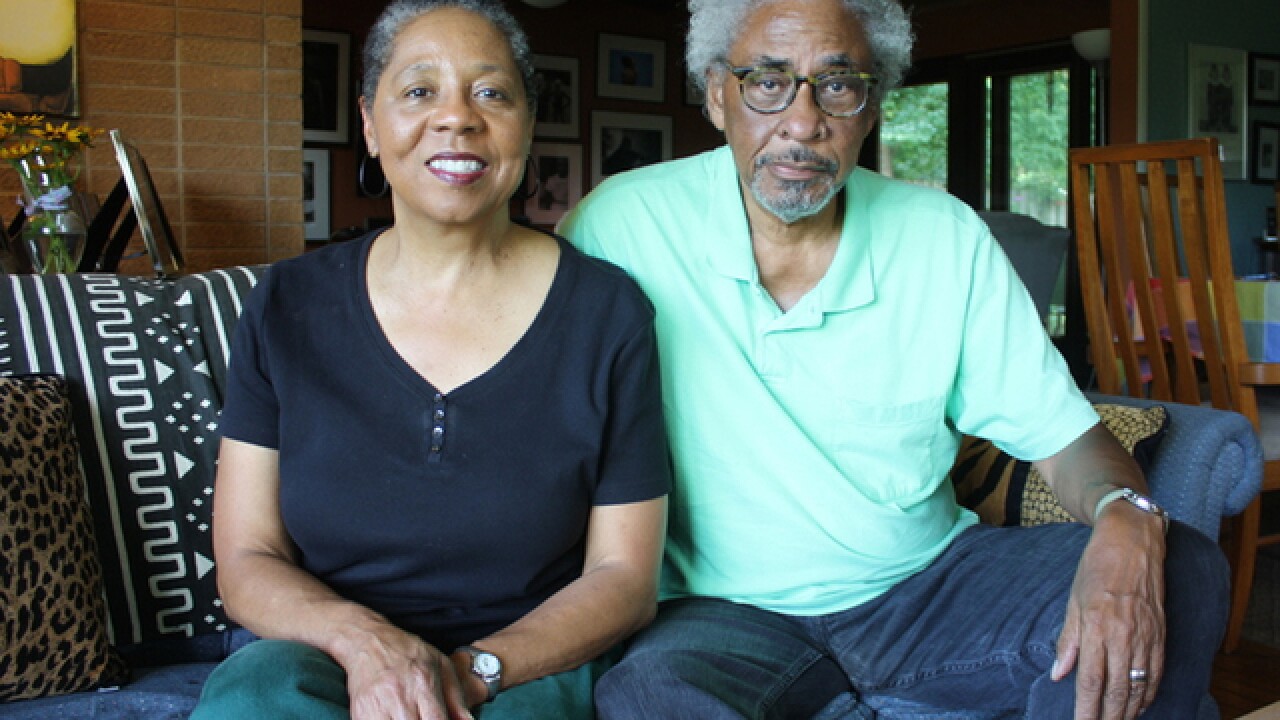 Copyright 2017 Scripps Media, Inc. All rights reserved. This material may not be published, broadcast, rewritten, or redistributed.
Bob Driehaus | WCPO
<p>Brenda and Melvin Grier raised their family in Avondale and have stayed in the neighborhood for more than 40 years.</p>

CINCINNATI -- Melvin Grier got kicked out of his childhood home in Cincinnati’s West End neighborhood by the construction of Interstate 75 in the 1960s.

He moved to Avondale with his dad, where they were evicted from their apartment to make way for construction of a post office.

His elementary school and his first church? Also razed.

So when Cincinnati Children’s Hospital announced its plans to take down a block of brick homes that were built a century ago to last for generations, Grier had a feeling of deja vu.

“Mostly what I was felt was resignation,” he said.

Children’s Hospital has an awfully strong case for clearing a block of homes. Its $550 million expansion will include an emergency room and 10 floors of patient rooms. The hospital asked for no tax money for a project that cost nearly $100 million more than the publicly financed Paul Brown Stadium. It will create permanent, high-paying jobs and loads of tax revenue for the city and Hamilton County.

And most importantly, for the price of tearing down a block of houses, Children’s will be able to make many more sick children better.

So what’s the neighborhood’s beef?

The answer has to do with what feels like a gradual but unending loss of homes to make way for projects which, taken individually, seem worthy of the sacrifice.

Ozie Davis, 52, a longtime political activist who is now running for city council, has lived on the same Avondale street his entire life -- first in his parents’ home, now in one across the street.

When he was a boy, he played in Drury Park. “That was my sandbox, my swing set, my playground,” Davis said.

“I come home from college, and it’s a parking lot,” he said, for the Cincinnati Zoo, another proud Avondale institution.

Those of us who read and watch a lot of local news hear a lot about poverty in Avondale, and that’s not fake news.

But I was struck to learn how many middle-income families have stuck with Avondale through thick and thin, living there for generations and fighting to make the best out of home.

I’m a Westwood native with family members who have stuck around the west side of Cincinnati for four generations and counting. West-siders take pride in that continuity, and they get a lot of recognition for it.

But the same is true for families like the Ozie Davis’.

“It’s a family-oriented neighborhood. I’m not the only person on my street that’s been there for 52 years,” he said.

Michael Ellsworth, who spoke in opposition to the hospital expansion, has lived in Avondale for 40 years. Patricia Milton, president of the Avondale Community Council, strayed all the way to North Avondale to live now but grew up in the neighborhood.

He loves assets like Fleischman Gardens, which is the most beautiful park in the city for his money.

Yes, there’s crime. But show him an area of town where there isn’t, he challenged.

Sandra Lynch, 69, has owned a home in Avondale for 30 years. She’s a registered nurse who fears that the hospital expansion will raise property taxes on a home that she says she can’t afford to sell.

Lynch looks at the dizzying array of retail and restaurants in wealthier neighborhoods and realizes she can’t get nearly as nice a home as she has in Avondale.

Grier and his wife, Brenda, have owned a modernistic house since the 1970s that’s tucked onto a quiet cul-de-sac in Avondale. They raised their two children -- a photojournalist and a college philosophy professor -- accumulating memories, art work and jazz records.

Their front-lawn garden brims with ripening tomatoes, cucumber blossoms and a host of other vegetables.

The Griers are Avondale residents by choice. Brenda works full time as a counselor at St. Aloysius in Norwood.

Melvin made a good living as a Cincinnati Post photojournalist until he retired when the newspaper closed in 2007. He's a 2009 inductee of the Greater Cincinnati chapter of the Society of Professional Journalists.

Full disclosure: I worked alongside Melvin at the Post for nearly 10 years. We never talked about him living in Avondale, but I learned a lot from him about working hard and getting the story regardless of the circumstances.

Old-timers (sorry, Melvin) remember a very different neighborhood before decades of decline that were greatly accelerated by race riots in the tumultuous summer of 1967.

By his count, just one of 11 corner stores in the neighborhood is black-owned.

The prosperity of Avondale’s proud institutions -- Children’s, the zoo and University of Cincinnati Medical Center -- has not translated into a thriving business district in a generation. There’s no supermarket and few small retailers.

At a time when nearby neighborhoods like Over the Rhine, Walnut Hills and East Walnut Hills are going through an astounding residential and business renaissance, Avondale residents are fretting over the loss of more homes.

It’s hard to build up a neighborhood without neighbors, multiple residents pointed out.

Cincinnati City Council Member Wendell Young grew up in Avondale and walked his first beat as a police officer there in the late 1960s, facing the wrath of some neighbors during the 1967 riots.

While he praised Children’s Hospital for providing excellent health care for the Tri-State, he decried watching the neighborhood change, and mostly for the worst.

“The Avondale I grew up in was a community that had movie theaters, grocery stores, barber shops, specialty stores, delicatessens, pharmacies, car dealerships and on and on and on. In fact, it was a thriving community,” he said at the special council meeting on Aug. 9.

“People want to live in a neighborhood with institutions that are part of you and that they’re not steamrolling you or running you over,” he said.

Davis sees real hope that some of those small businesses can be revived. He’s located his own consulting firm on the corner of Rockdale and Burnet, leads the Avondale Youth Council and is a spokesman for Residents for a Better Avondale.

He sees hope for neighborhood inclusion with growth along the Reading Road corridor spurred by the new I-71 interchange at Dr. Martin Luther King Jr. Drive and with the growth of Children’s Hospital.

“I think this is the most opportune time in the city,” he said. “These concerns (expressed over the hospital expansion) really address the racial issue head on. Now is the time. If it’s going to take five years for the building to be built. That’s enough time to train 25-50 people for that new building.”

He and others want to make sure that the neighborhood is lifted as its institutions grow.

“Really what sustains a neighborhood is the people. We need to be insuring that our people have the opportunities to rise,” Davis said.