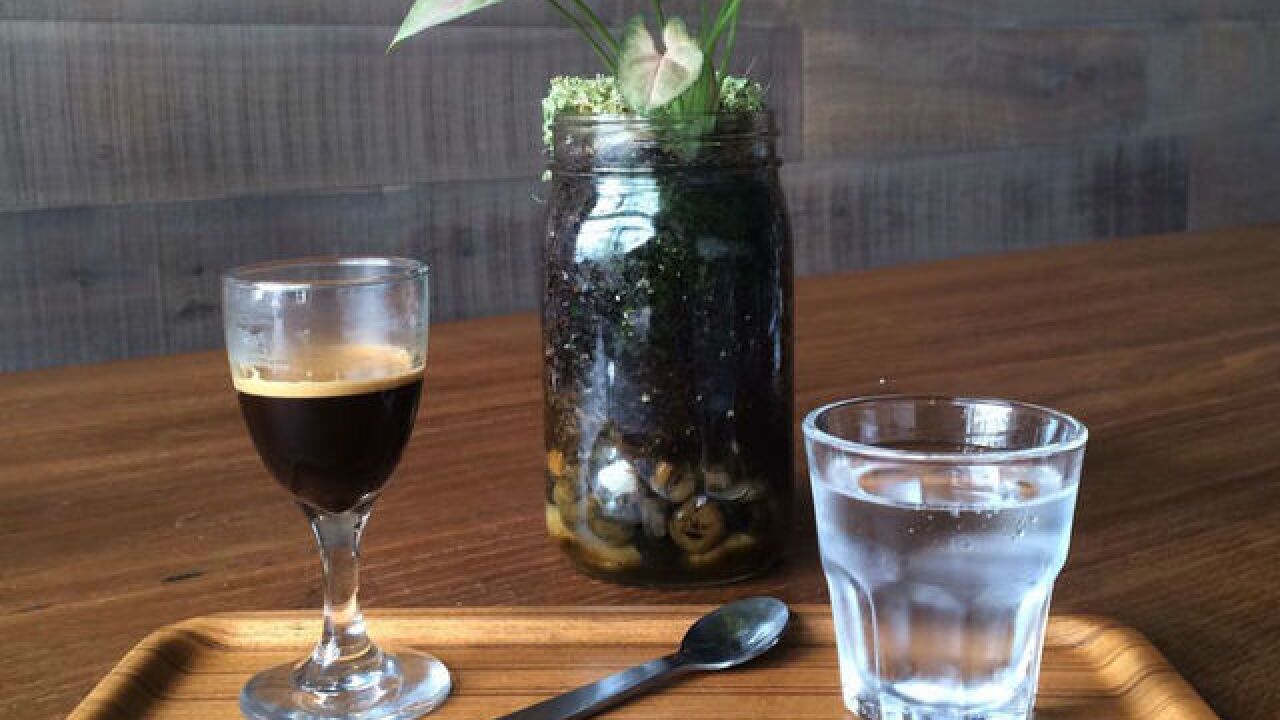 Cincinnati can sometimes feel behind the times, but our coffee scene is on par with larger metropolises.

Our coffee tastemakers aren’t afraid to experiment with new flavor profiles, particularly when it comes to iced coffee. Instead of ordering tasteless iced coffee or the slightly better cold brew, opt for one of these innovative iced drinks, which are made from locally or nationally renowned roasters.

M5 Espresso Lab: The most cutting edge — yet still approachable — coffee shop in Cincinnati, Hyde Park Square’s M5 Espresso is a craft coffee lover’s dream come true, mainly because it's one of the only shops in the country with iced lattes on draft.

“It came from necessity,” said Alex Evans, M5’s director of coffee. “With summer coming up, we’re serving iced lattes all the time.”

The kegged facet cuts down on wait time, and it avoids watering down the drink. Using almond milk sweetened with cane sugar, the latte is rested, meaning it’s prepared hot and then refrigerated for 24 hours.

M5 is also experimenting with making a line of mocktails, influenced by Portland’s Either/Or program. A Cold Fashioned takes cold brew and adds simple syrup and orange bitters to it, and the Ponyboy — named after a character from "The Outsiders" — is M5 “trying to make the flavor of an IPA-style beer with coffee,” Evans said. Spirit Tea’s Golden Lily Oolong, simple syrup, cold brew, ginger, rose water and seltzer water form a somewhat hoppy cold drink.

All of M5's iced drinks are served in a glass and presented on top of a compressed bamboo tray. Here, presentation is everything. 2717 Erie Ave.

Deeper Roots: The local roaster opened its flagship café last year in Oakley and has since offered a rotating lineup of seasonal coffee drinks. It has cold brew and nitro coffee (nitrogen-infused coffee; think Guinness) on tap year-round, but Deeper Roots also produces specialty iced coffee drinks. Currently, try the Sakura iced coffee, made with a dash of sweet cherry blossom essence, or the espresso version called the Sakura Shakerato: chilled and shaken espresso, cherry blossom essence and cream, served with a lime wedge. For something with effervescence, the Spring Berry contains Deeper Roots' Bloom roast in nitro form mixed with a berry reduction, vanilla and frothed cream. 3056 Madison Road

Collective Espresso: A tall hourglass-like contraption called a Yama Tower dominates Collective Espresso's Over-the-Rhine shop. The slow-drip method involves pouring ice water in the top chamber, with coffee grounds placed underneath. The concentrate drips once per second, taking about 10 hours to complete the cycle. The result is worth the painstaking wait: a clean cup of iced coffee with the complexity of a cocktail. In summer, Collective breaks out Japanese iced coffee, and sometimes the shop offers espresso and lemonade mixed together — it tastes better than you would think. 207 Woodward St.; other locations in Northside and inside the Contemporary Arts Center.

Other Places to Get Your Cold Coffee Fix

Cheapside Café: It was one of the first places in town to have Deeper Roots nitro on draft, and Cheapside is the only one that offers a Chinotto: espresso with housemade tonic. The cinchona bark can be hard to find, though, so it’s not always available. But if you happen to be at Cheapside when the Chinotto is available, you’re in for a bitter treat. 326 E. Eighth St.