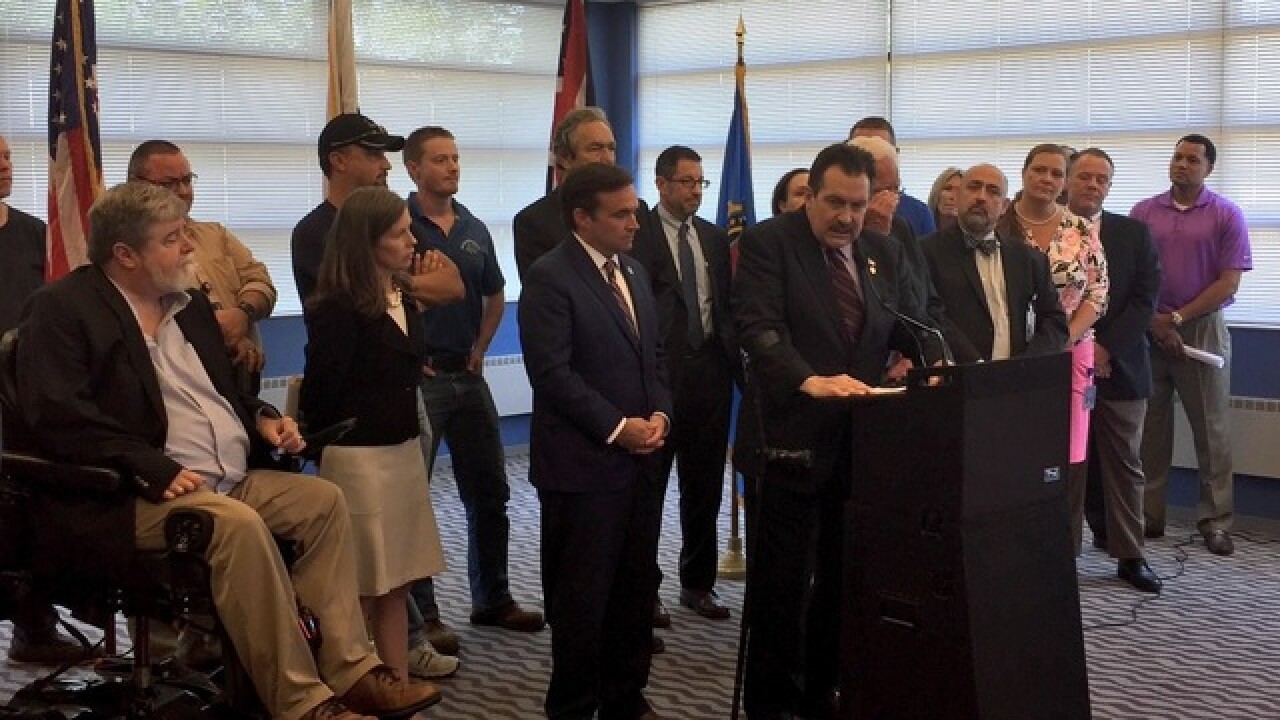 CINCINNATI -- Sewer rates could be at risk if public leaders don’t agree by Aug. 15 to a deal that would change the way the Metropolitan Sewer District operates, proponents of the plan say.

The deal, which Cincinnati Mayor John Cranley and Hamilton County Commission President Todd Portune first presented last week, would end a city and county dispute over who owns the sewer system, turn the system’s day-to-day operations over to a citizen board and put sewer employees under county supervision.

The Hamilton County Commission is ready to sign off on a letter committing to the deal but Cincinnati City Council threatens the agreement’s livelihood.

Aug. 15 is a crucial deadline because the county must file a report on its finances that helps creditors decide the county’s credit rating and interest rates. It’s the final report creditors will see before a 50-year agreement between the county and city over MSD ends in May.

“This agreement becomes very important to that document,” Driehaus said of the MSD deal. “The instability (of MSD) is a real problem. And I do think there will be an impact to our ability to borrow money. In the end, somebody pays for that.”

Ratepayers have already been hit with years worth of increases on their sewer bills.

The average homeowner spends roughly $800 a year on their sewer bill.

How creditors view MSD is important, especially as the county takes on a $3 billion overhaul of the sewer system. The work requires the county to borrow money for the project and the better interest the county gets, the less likely you are to see an uptick on your sewer bill.

Hamilton County Administrator Jeff Aluotto said he’s also concerned that a credit downgrade would have a long-term negative impact on the system – and the rates homeowners pay.

“You don’t typically recover from those things quickly,” Aluotto said of a downgrade. “Bond markets, for a long time, have been watching and asking what’s going to happen in 2018. There’s always been an expectation there would be an agreement.”

But the MSD deal Portune and Cranley offered up has received a lukewarm reception in recent days, which could make meeting that deadline difficult. Handing over the sewer’s multi-million dollar operations to a citizen board -- that is not beholden to voters -- is among the chief complaints of the plan.

At least three Cincinnati City Council members oppose the plan, and three are undecided. The plan needs the support from five of the council’s nine members to pass.

Cincinnati City Councilman P.G. Sittenfeld, who could end up being the swing vote on the deal, said Wednesday he would withhold his vote until Aug. 14. Sittenfeld said he wants to take as much time to review and consider the deal as possible.

No one can object to this HUGE deal getting more sunlight, more oxygen, and more time for important questions to receive proper answers https://t.co/nkUflJRKOf

Hamilton County Commission Chris Monzel, who opposes the deal, said the public should have more time to weigh in on the deal, despite the looming deadline. He would also prefer the county to explore alternatives to passing the deal to appease creditors on the Aug.15 report.

“They’re trying to create this crisis in order to get this deal through, which is a bad deal,” Monzel said.