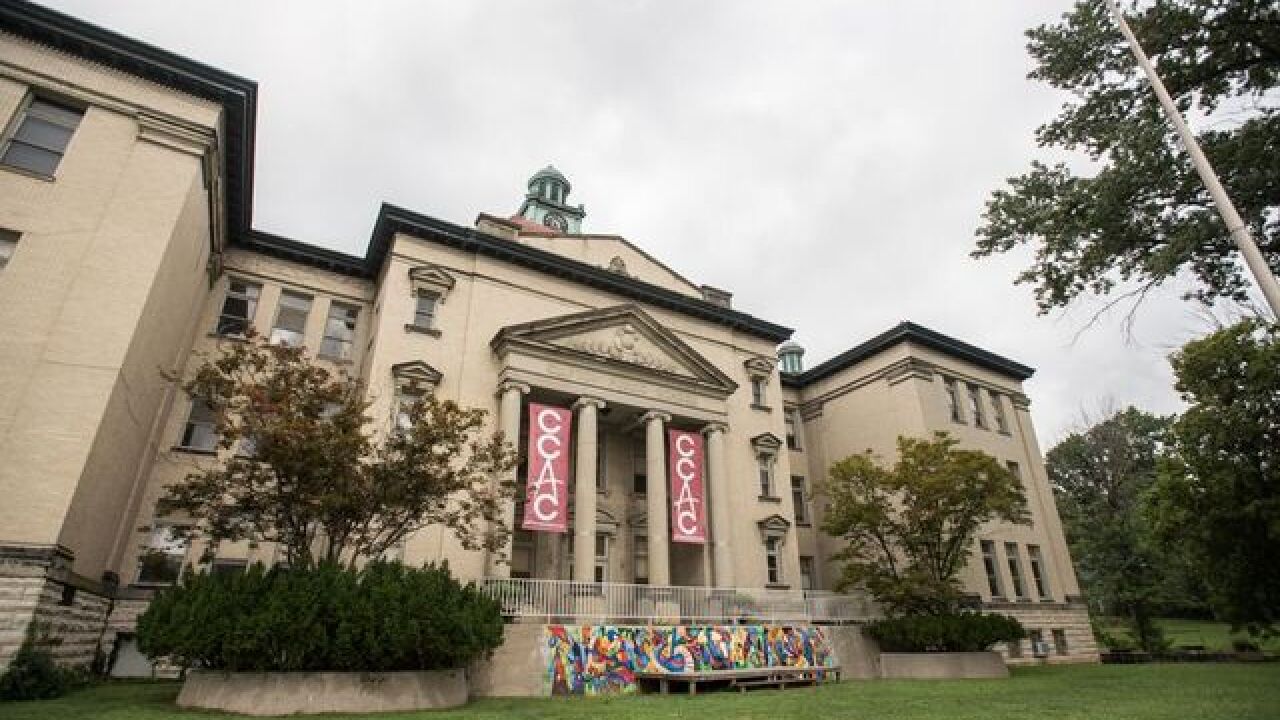 CINCINNATI -- Tensions are lower in Cincinnati's Clifton neighborhood since Fairview-Clifton German Language School made room in its overcrowded building instead of taking over part of the Clifton Cultural Arts Center -- at least for now.

That bought everyone time to work on three interwoven problems of relieving overcrowding, preserving space for the arts center and possibly opening a new neighborhood school.

The popular Cincinnati Public Schools magnet elementary had hoped to relieve overcrowding this fall by using classrooms across the street at the arts center, a former elementary school that CPS leases to the arts center.

But negotiations stalled last spring when CPS and the arts center failed to agree on a rental price and parents remained concerned about students having to cross a busy street multiple times a day.

Rancor peaked publicly when CPS threatened last spring to break the stalemate by evicting the arts center from the building and possibly reopen it as a neighborhood school.

The temperature is lower now since CPS delayed action and participated in a series of meetings among school board members, administrators and Clifton neighborhood leaders.

Détente doesn't mean the problems are solved by a long shot.

Christine van der Bent, chairwoman of the Fairview-Clifton LSDMC oversight board, said the school was built to house 650 students but has about 824 students this fall.

But more space will be needed as the new kindergarten classes move into first grade and beyond.

"That is where we are stuck. We have no more space, and in order to maintain the quality education that goes on with the students, we will need some plan as to where we're going to put those students," van der Bent said.

If CPS sticks with seven kindergarten classes and a typical percentage of students remain through sixth grade, enrollment will balloon to 1,140 by 2022, when the current kindergartners are in sixth grade.

The problems have brought a coalition of Clifton and surrounding neighborhood leaders together to offer solutions.

Neighborhood groups from Clifton, CUF (Clifton Heights, University Heights and Fairview) and Spring Grove Village banded together with the arts center and Fairview Clifton school to issue proposed solutions in a joint statement.

They call for CPS to expand Fairview-Clifton and to put temporary trailers on site for students while construction takes place. After three years, they want CPS to scale back the number of kindergartners to 100-125.

Leslie Mooney, arts center executive director, said the nonprofit group has invested $2.5 million in the arts center since taking it over, largely on installing a new fire-suppression system, elevators and fixing one-third of the roof.

The second and third phases of upgrades are on hold because of the building's uncertain fate. In fact, the arts center had to give back a $10,000 federal arts grant it had received for designing renovations in assembly hall.

Plans to sink another $500,000 into fixing the rest of the roof are also on hold, she said.

Mooney estimates that CPS would have to pay the arts center $1.7 million to $2 million in compensation for upgrades before spending many millions more to bring the building up to modern standards to reopen as a school.

Cohabitation is impractical, she said.

"This is a full-scale operating arts center that has dance classes and a lot of movement. It's not feasible to expect that teachers would be able to move all the desks every day to make way for dance classes," Mooney said.

The more cost-efficient solution to relieve overcrowding is new construction on the south side of Fairview-Clifton.

And if that still doesn't satisfy demand…

The group is open and, in at least some cases, enthusiastic about the prospect of bringing a neighborhood school back to Clifton or a nearby neighborhood.

Chip Kussmaul, a CUF neighborhood association board member, wants to encourage more home ownership and family residency south and west of UC by locating a neighborhood school in CUF.

"CUF is trying to get back to a family friendly neighborhood. If we need a new neighborhood school, we'd love to see it in CUF," he said.

Kussmaul said the explosion of new student apartment construction around UC has begun a trend of older homes being bought or rented by families, a change he wants to encourage.

He points to the Hughes STEM High School's unused annex as a possible site for a neighborhood school.

The group is also open to building a new school next to Fairfield-German or renovating the Fairview school annex.

He thinks a neighborhood school in Clifton or CUF could draw more children into CPS and out of failing public schools and charter schools as well as lower demand at Fairview-Clifton.

She added, "As neighborhood leaders acknowledged in a letter to the Cincinnati Board of Education last spring, such an engagement process is likely to take several months."

Walsh said the CPS board agreed to defer any decision until "full engagement of all stakeholders can occur."

Mooney said the group is eager to get back to the negotiating table since CPS has not scheduled a meeting since June.

"We need CPS to come to the table with all of us and try to get to a creative solution. That's our ask and our goal," she said.