Clifton and CPS: Can this marriage be saved? 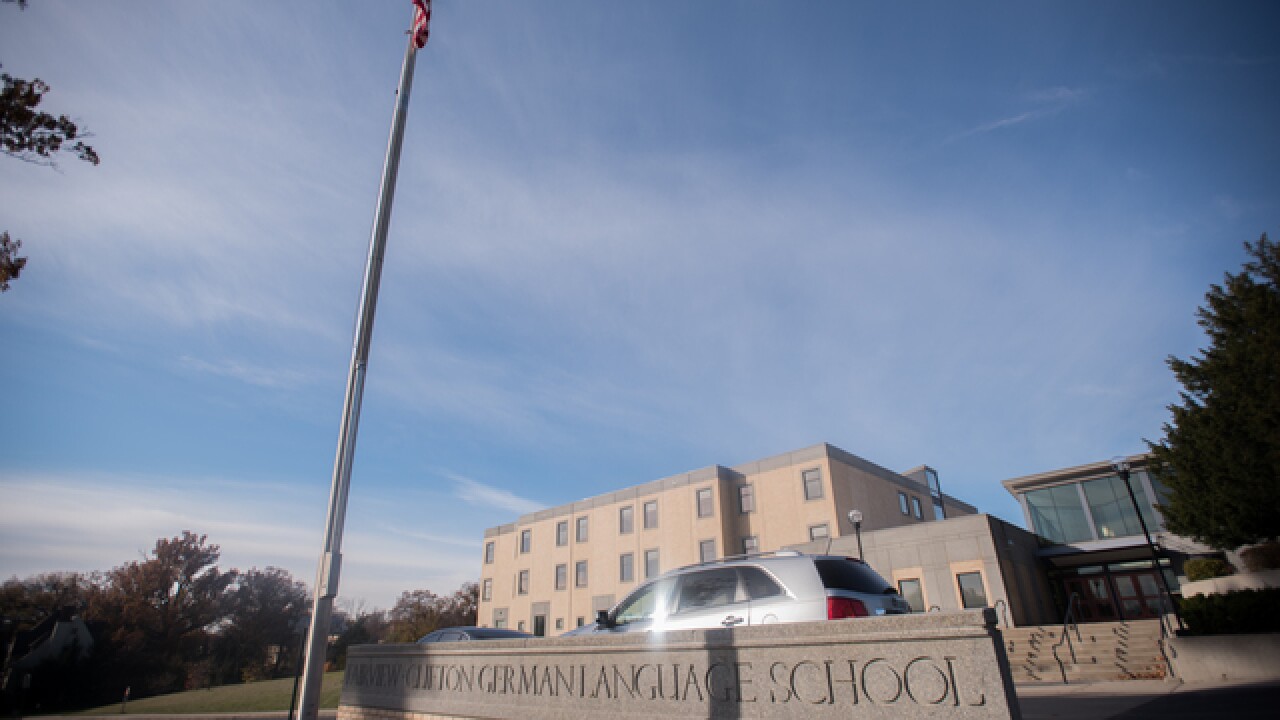 CINCINNATI – Clifton is bursting with the kind of parents whom Cincinnati Public Schools covets: ones who are eager to volunteer time and money to a beloved magnet school and its neighborhood cultural arts center.

Yet the neighborhood and CPS continue to clash over the direction of Fairview-Clifton German Language School, the fate of Clifton Cultural Arts Center and the wisdom of opening a new neighborhood school in the building and forcing the arts center out.

The latest skirmish emerged Monday when Clifton Town Meeting, the neighborhood council, sent a letter to the CPS board – and sent copies to media throughout the city – complaining that it had been shut out of the process of creating a survey to determine whether the arts center should be converted into a neighborhood school.

"We tried to head off the survey problem: we warned the Administration that the survey was flawed, but it was sent out anyway. Now we are alerting you that if the survey results are used, they will only lead to bad decisions," CTM President Eric Urbas wrote.

CPS Board President Ericka Copeland-Dansby said the neighborhood's issues are challenging but, "We definitely have an engaged community and a district that both want the best for kids."

She emphasized the neighborhood school solution is "a work in progress."

"Nothing has been decided. There is no hard line in the sand," Copeland-Dansby said. "I don't know what it is about the survey that folks don't like."

Disagreements have flared into heated arguments at CTM meetings, CPS meetings and in smaller groups. They center around three overlapping issues that all parties say they want resolved even as the rancor drags on for months.

The previous solution included reserving some kindergarten seats on a first-come, first-served basis, which led to campouts that lasted more than two weeks.

In response to concerns that the campouts favored wealthier families who could afford to take time off work or hire others to camp out, the school board eliminated the that option for the 2015-16 school year and is working on a proposal that would make that change permanent.

Those additional students mean that the school has run out of space, which means the district needs more classrooms, perhaps inside…

Clifton Cultural Arts Center: The grand old building was home to Clifton Public School, a neighborhood school that operated for decades before declining enrollment prompted the district to close it down. About 10 years ago, the neighborhood rallied to lease the vacant building and create a vibrant cultural arts center, now home to myriad classes, activities and special events for children and adults.

Crunched for space, CPS approached the center's board to lease back some classrooms. What might have been a straightforward negotiation has eroded into a very public dispute over rental terms, which classrooms to use and how much rehab and maintenance should be conducted by the district.

There is still hope on both sides of an amicable deal being reached, but arts center board members, Fairview-Clifton parents and others have repeatedly, publicly complained of intransigence on the part of CPS administrators that doesn't jibe with the stated intention of school board members to work collaboratively.

In turn, the district has responded with its own version of events and defended its negotiating stances as necessary to reach a financially responsible agreement.

The stalemate prompted CPS to float the idea of ending the lease entirely and evicting the arts center, which would pave the way for…

A new neighborhood school: After CPS enrollment bottomed out five years ago, it's grown annually to about 34,000 and is projected to grow again next year. That demand has CPS mulling the reintroduction of a neighborhood school in Clifton that would serve the neighborhood plus Clifton Heights, University Heights, Fairview and Spring Grove Village.

Would there be enough interest to justify the endeavor? The board decided to ask in a series of surveys, including one sent to 860 families with school-aged children in the five neighborhoods and another sent to nearly 12,000 households in Clifton.

"It's written in such a way that it's not going to provide valid answers to the questions they're trying to get answered," said Malcolm Montgomery, a CTM vice president and Clifton resident who attended to the old Clifton School.

Like several other neighborhood leaders interviewed in recent months, Montgomery sees a disconnect between the expressed desire of school board members to work collaboratively and the actual interaction with district administrators.

"Our interaction has been almost exclusively with the superintendent's office, and that's where we're not seeing the follow-through. We're not experiencing the level of engagement and collaboration that we believe we are hearing from the board president," he said.

Asked what could be done to repair the damaged relationship, Montgomery said, "The first thing they need to do is put on the brakes. This is going far too fast. It seems to be a kind of frantic effort that has not been well thought out."

Montgomery called on the school district to withdraw its "threat" to take back the cultural arts center building and to find another temporary solution to its overcrowding problem.

He suggested buying mobile classrooms to set up on school property for a year or more while CPS and its constituents figure out long-term solutions.

"We need additional creativity to find a solution that really works for everybody. We believe that could be done. We don't believe they have to take the (arts center) out of the old school building," Montgomery said.

Clifton's shortcomings in the ongoing disputes? Montgomery said some individuals may have had an overly combative attitude when interacting with the district but that it wasn't an institutional problem.

"If anything were done differently, I think it would be creating a single channel of communication and sticking to it," he said.

That would eliminate instances where key players like the arts center board or the local decision-making board at Fairview-Clifton only hear part of what the district is conveying and make sure that Clifton activists are conveying a clear message themselves, he said.

"I wouldn't lay this on anyone in particular, but I think all the parties would benefit from a single channel," Montgomery said. "I also think we need to have more discussions that are less in the spotlight, to really have an honest discussion."

Copeland-Dansby said the district will continue working toward agreements acceptable to all.

"I, personally, along with my colleagues are working incredibly hard to get it right. We are spending countless hours. Sometimes that means making some hard decisions. The intent is never to close down an organization or not be collaborative," she said.