'We help people, and they pay us' 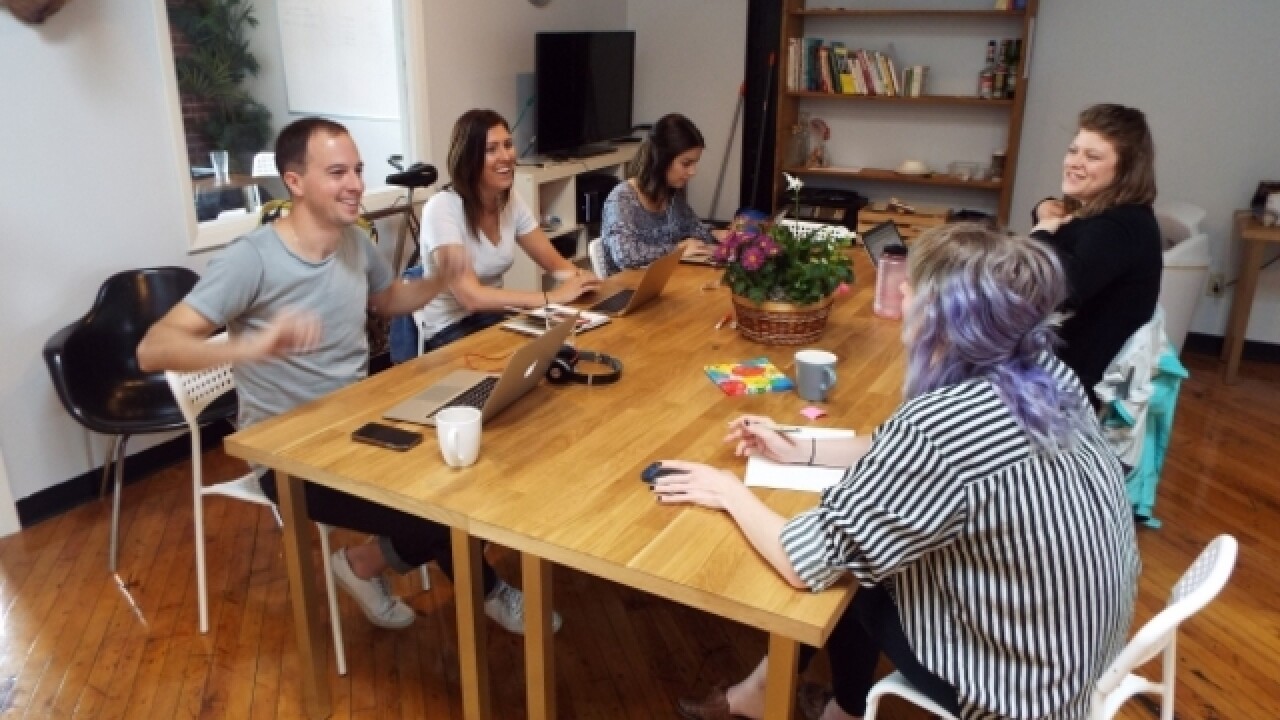 CINCINNATI -- Cladwell CEO and co-founder Blake Smith likes to explain his company’s business model in just a few words: “We help people, and they pay us.”

The Cincinnati-based company’s original product, Cladwell, helps men design a fashionable but affordable wardrobe tailored to their tastes and needs. In October, the company introduced Capsules, a beta version of the same product for women. In May, it plans to add features such as recommendations as to where women can buy the clothing needed to complete their wardrobes.

Cladwell takes the user through a series of questions about his physical characteristics, his thoughts about fashion, his lifestyle and his clothing budgets. Then it helps him complete a “capsule,” which in this sense means a wardrobe of fewer than 30 interchangeable pieces, suitable for one season.

Capsules works similarly, except it doesn’t have all the features Cladwell does, said marketing director Erin Flynn. The company expects to have those elements available later this year, she said.

It came from Smith and his friend Tim Brunk’s frustration with “the perpetual treadmill of fashion,” as Smith puts it. “It felt like as soon as we started to feel OK about our clothes, there was something new we ‘had to own,’ ” he said. “There was no finish line, and that was frustrating.”

They reached out to their friend Chris Merchlich, who having worked for Macy’s, actually knew something about fashion. He was so helpful that they asked him to start the business with them.

They launched the company in 2012 and registered the Cladwell trade name in 2013. Two years ago, Brunk left the company to co-found another startup, Astronomer. (Read about that company here.)

Via subscription. Men pay $21 for a three-month or season subscription, and women pay $15 because their site doesn’t yet have as many features, Flynn said.

Unlike many startups, the company has never struggled for customers, Smith said. When it was a free service, it had 200,000 users, and now it has a little more than 10,000 paid subscribers. That number is growing by about 30 percent per month, Flynn said. Revenue from May 2015, when the company started charging for subscriptions, to December 2016 is projected at $1 million, he said.

Most subscribers are busy millennials who want a simpler life and wardrobe, Flynn said. They also care about whether their clothes are made in an ethical manner, which fits with the company’s policy of not recommending brands that aren’t transparent about how they make the clothes.

How did they finance it?

The company has raised more than $1 million in investments, Smith said, with Queen City Angels contributing the most. Other funds came from the owners’ families and friends, Flynn said.

That money has paid for the company’s full-time staff of six, made up of Smith and Merchlich, as well as Flynn, two developers and a designer. It also pays the rent for the company’s offices in Longworth Hall downtown.

Making an awesome product with limited resources is an ongoing challenge, Smith said. But the biggest challenge was finding the right business model. The company went through several ideas for making money, including taking money from manufacturers whose clothing Cladwell recommended, before it hit on the subscription model.

The company creates value by being an advocate for its customers, Flynn said, not by pushing products on them.

“We really want to be on the side of the customer,” she said.