City's first Commissioner of Fun ready to pass the baton, er, rubber chicken, and has some advice

It takes a staff to pull off big pranks, Wood says 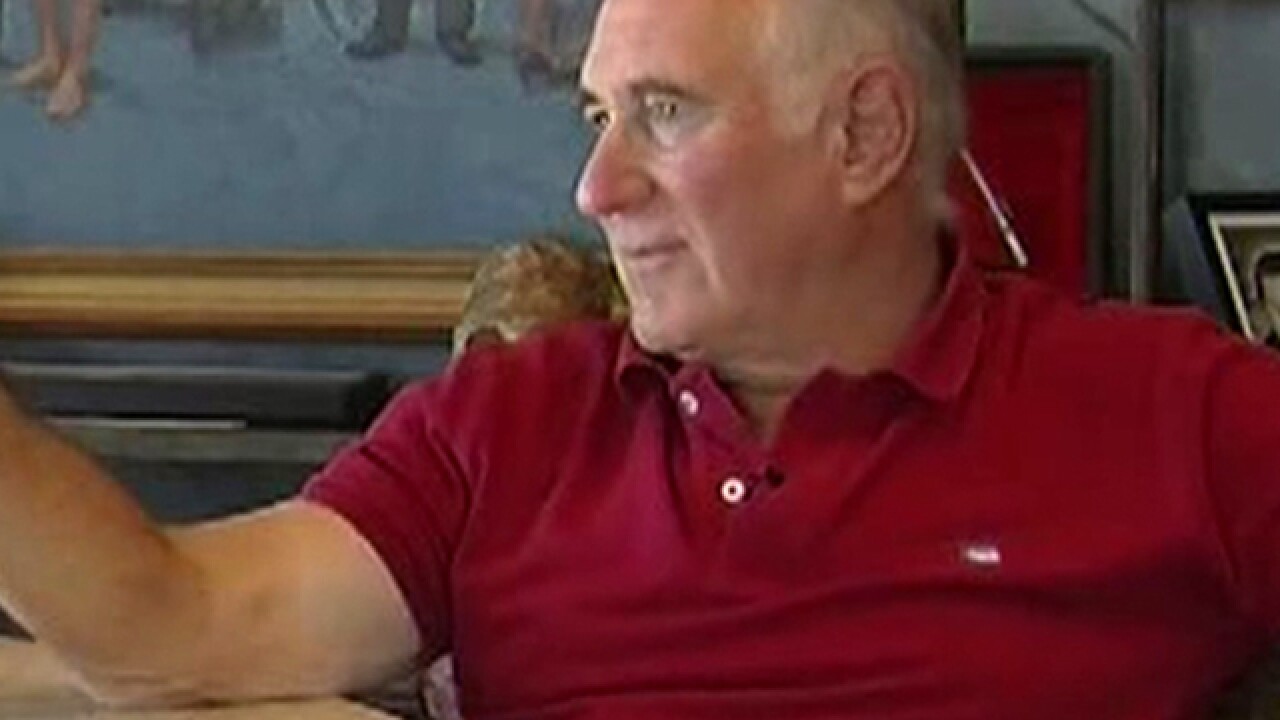 Copyright 2017 Scripps Media, Inc. All rights reserved. This material may not be published, broadcast, rewritten, or redistributed.
<p>Frank Wood Jr. is ready to pass the Commissioner of Fun duties on to the next troublemaker. (WCPO file photo)</p>

CINCINNATI -- There were grand plans, or at least the seeds of them. Lobbing large objects into the Ohio River. A giant water slide down Hill Street in Mount Adams or Ravine Street in The Heights.

The fun isn’t really gone in Cincinnati. But the Fun certainly is, or at least on a long, cue-the-sad-trombone hiatus.

We’re talking Commissioner of Fun stuff, the unfunded, slightly unhinged and completely honorary position bestowed by the City of Cincinnati on Frank Wood Jr., the gregarious broadcasting legend who is now the former commissioner.

Oh, there was no Fun falling out. And even though the last event put on by the “commission,” the detonation of a 1,500-pound pumpkin in Eden Park, took place at Halloween in 2015, Wood believes the Fun will flow again.

The former WEBN general manager and founding father of the Labor Day fireworks said staff is key to putting on public events. One of the first collisions between the lunatic fringe and bracing reality for Wood before then also involved pumpkins. In 1971, he urged listeners of his radio station to bring pumpkins to Fountain Square on Halloween.

“The problem was when the fun was over they squashed them, and it was the biggest mess you’ve ever seen,” Wood said. “The law of unintended consequences.”

“I have a three-person office,” said Wood, who now runs Secret Works, a venture capital company. “And the city doesn’t have anyone available because they’re busy running around trying to run the city.”

Judging from the response of Mayor John Cranley, who came up with the idea of a Commissioner of Fun in 2014, it would appear so.

“At this time we do not have any planned events related to the Commissioner of Fun,” said Holly Stutz Smith of the mayor’s office.

Wood said Cranley agrees with him about staffing.

“Not that I don’t enjoy the concept," Wood said. "And you don’t want to do a bad job with something. I don’t. Particularly when there’s safety involved. The crazier the concept is, the more likely it is to cause some problems. You want to have the ability to deal with them.

“You can’t do anything involving impressive crowds or even nontraditional fun without having available some people. We barely pulled off the tomato fight.”

For the crude-ketchup making free-for-all in Price Hill attended by about 400 in August 2015, Wood said that some 4,000 tomatoes arrived the Saturday of the event. They’d asked for gentler, ripe tomatoes. That’s not what they got.

“So we had 4,000 missiles,” he said. ‘’We had to take and crush every one and break the skin of it and then squash them a little bit so they were soft. How long do you think that took?”

Wood said he believes the next commissioner should come from a corporation or similar entity with access to lots of volunteer staff.

“We have some great ideas, but I stopped accepting solicitations when I saw the problem,” he said. The street slide notion would be “something that would be a little bit dangerous, but you’d need a lot of waivers and everything like that to do it. Some crazy people would love to do that, including me.”

He’s not averse to dipping his toe back into the fun surrounding the Fun.

“I’ll come up with some suggestions, but I have to identify someone who is imaginative, who has a sense of fun or whimsy or even crazy,” he said. “I like the creative side of it. It’s the execution – It was sort of tough. To do a good job, it’s time-consuming. But it really does take some staff, particularly during the day, but also in preparation. You can’t do it alone.”