Marketable: The City Flea in Washington Park celebrates its 51st gathering with over 100 vendors 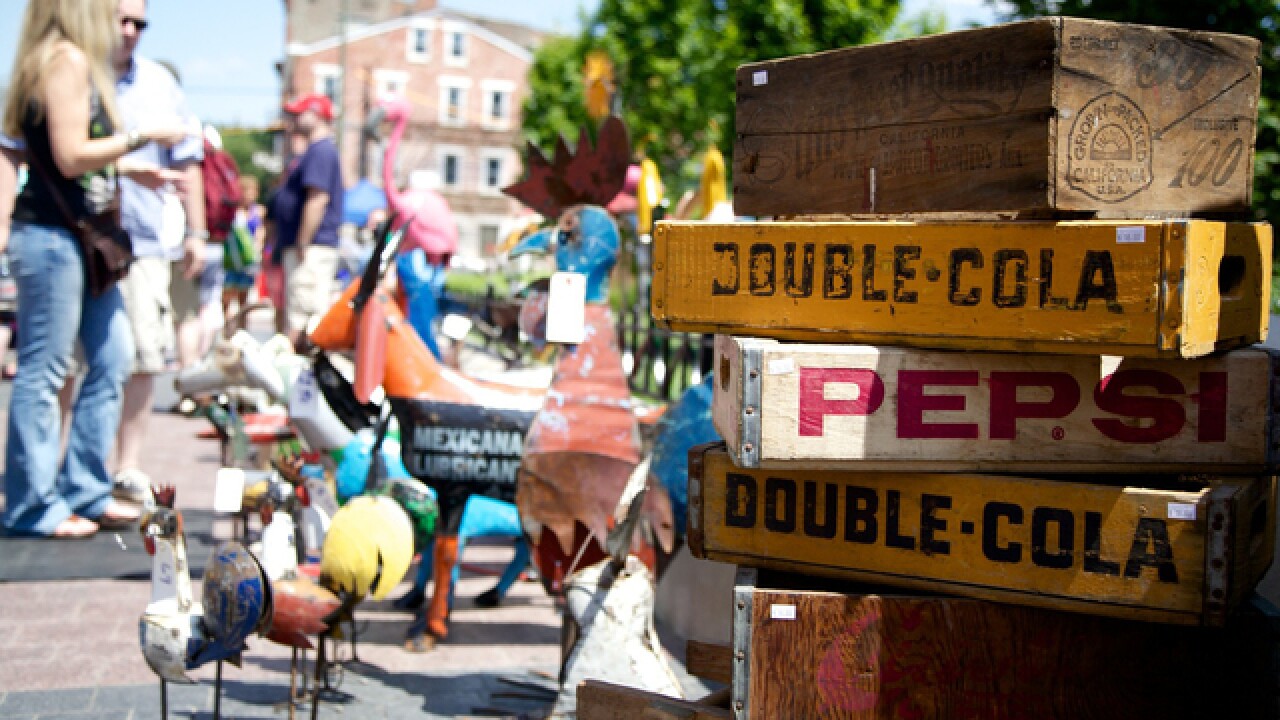 Copyright 2017 Scripps Media, Inc. All rights reserved. This material may not be published, broadcast, rewritten, or redistributed.
The City Flea
<p>Goods and goodies flood The City Flea in Washington Park.</p> 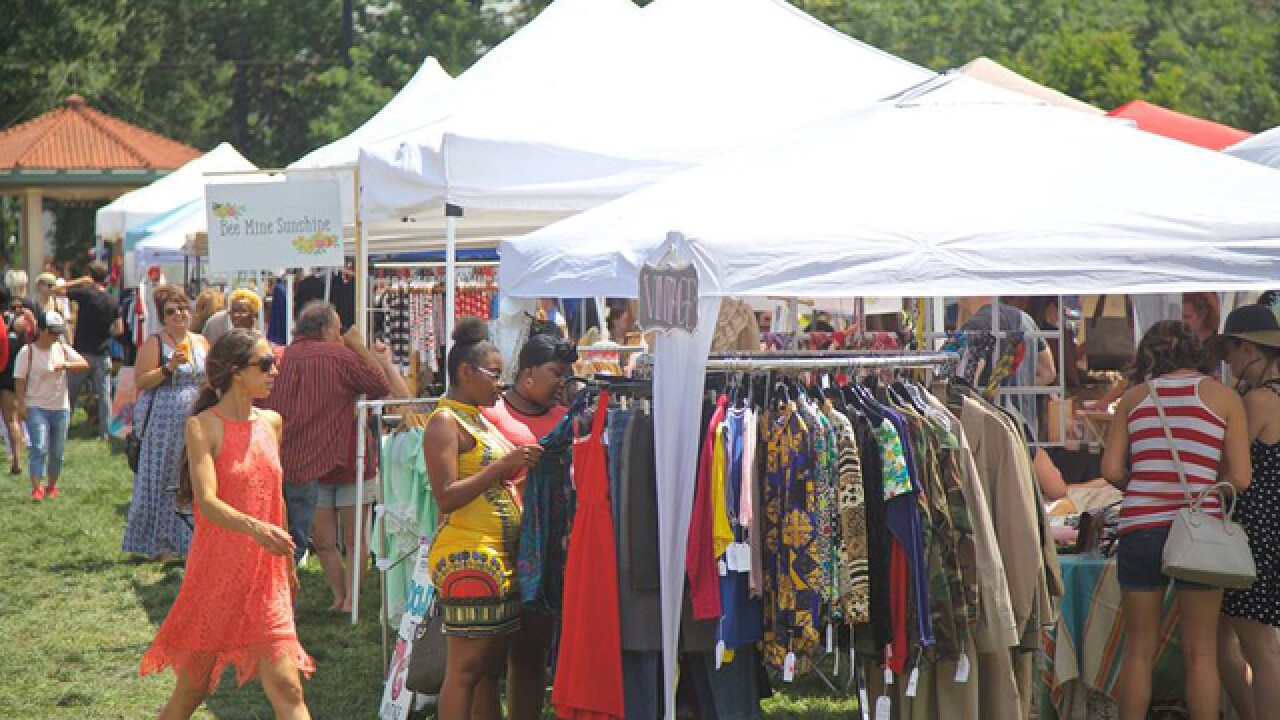 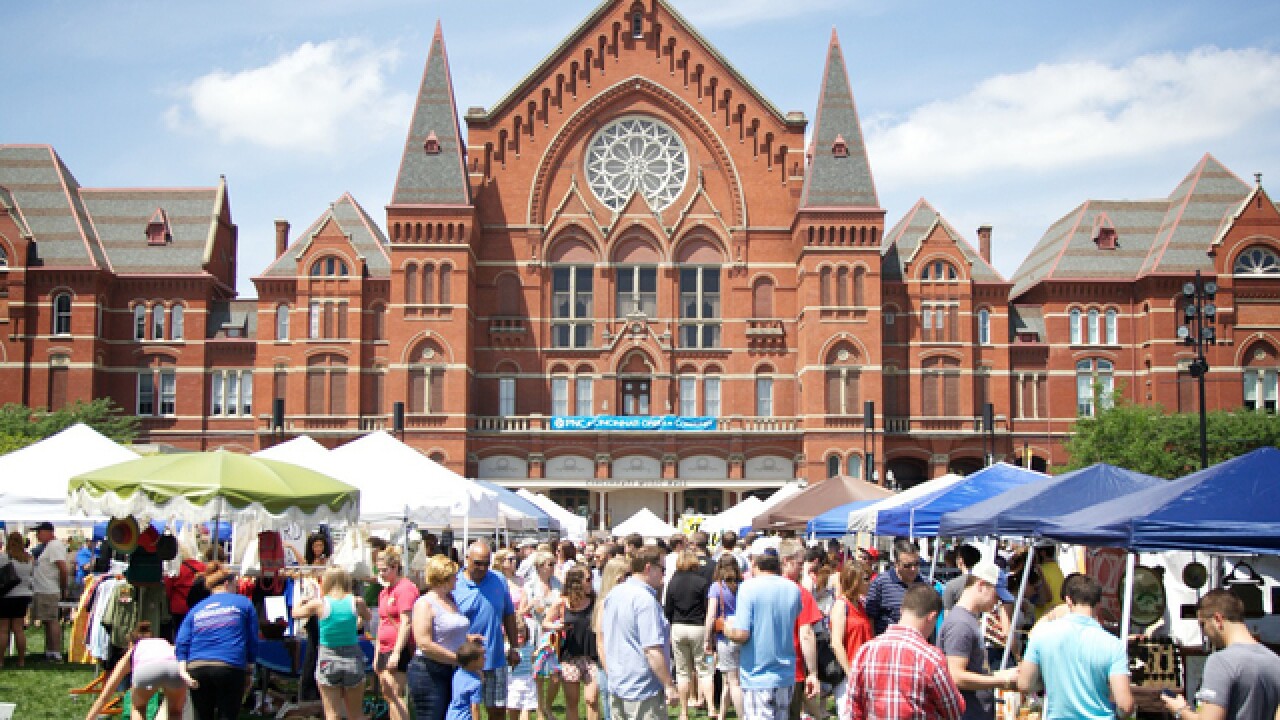 CINCINNATI -- For six years, The City Flea has been a place for locals to shop for unique and handmade goods. It’s a place for small business owners to showcase their items and it affords an opportunity for shoppers to experience the city in a new way.

The City Flea is Cincinnati's original curated urban flea market. The first event took place in Washington Park on June 4, 2011, with just 42 vendors. This month marked the 51st market, where over 100 small businesses and local artists were sprinkled throughout Washington Park.

City Flea founders Nick and Lindsay Dewald believed there was a need for this type of event in Cincinnati after experiencing similar markets in other areas of the country.

"My husband and I are from Cincinnati. We moved away from Cincy for eight years and returned in 2011 just as there was a lot of revitalization taking place within our urban core," Lindsay said. "When we lived in Brooklyn, New York, we loved attending the Brooklyn Flea. It was right in the neighborhood we lived in and was really a brand new type of event for us. Prior to the Brooklyn Flea, when we heard the word flea, we conjured up an idea not at all what the event actually was."

The Dewalds saw potential in creating something similar in the Tri-State.

"The idea really hit after Nick and I attended the first Crafty Supermarket, which is a curated art show allowing local artists to promote and sell their work. We realized there are so many creative makers and small businesses here and we wanted to expand on that idea," Lindsay shared.

From there, the couple set out to conduct field research. They stopped in local brick and mortar shops in Over-The-Rhine asking business owners if an event such as The City Flea would interest them. The feedback was quite positive. With the drive of wanting to be a part of what was happening and seeing the need for this market in our city, the Dewalds decided to turn their ideas into reality.

The Dewalds have experimented with different components of the event, such as changing locations and adding new vendors. "We have a lot of repeat vendors, but with every show, we usually have around a dozen businesses that are participating for the first time," Lindsay said.

Doug Burns, the owner of the local printing company, Rivertown Inkery, hasn't missed an event since he first set up shop four years ago.

"For me, I don't have a storefront, so I find The City Flea allows me the chance to interact with my customers while testing out new design ideas. The culture among the vendors is great and it's been a nice way for me to boost sales," Burns comments.

Lindsay believes one of the contributing factors of the success of The City Flea is that the show is curated.  "We get about 400 applications per period and only accept around 200," she said.

Lindsay said Nick and she have discussed adding more vendors but feel like what makes the event both successful and unique is that each of the vendors are hand-selected. The couple also worry that if they were to add more vendors, the market may become overwhelming.

But that hasn't stopped the Dewalds from continuing to experiment. In August 2016, a Kids Market was added, where the youngest of entrepreneurs can set up shop and sell their handmade goods.

”I just have such a heart for kids," she said. "When thinking of ways to grow the business in a unique way that didn't involve adding more vendors, the Kids Market felt like it was the right choice.”

Kids ages 4 to 14 are afforded the opportunity to sell what they make. “We've seen kids sell everything from painted rocks, wooden swords to slingshots and leather goods," Lindsay said.

With two successful Kids Markets under their belts, the Dewalds are already thinking of ways to expand on their idea of encouraging young local entrepreneurs. They are currently in the process of working on a partnership with the University of Cincinnati's Economic Center.

"UC's Economic Center is known for doing really great things for the youth in our community," Lindsay said, "which is to help young children understand business." Lindsay said the program already works with a handful of local schools. She and Nick have similar goals with the Kids Market, so the partnership felt like a natural fit.

The Dewalds hope to add a workshop panel discussion for any child interested in learning more about business. Vendors who participate in The City Flea will serve as panelists. They will cover a variety of topics, from branding and marketing to writing a business plan.

"The language will be super-friendly and we'll have a fun craft and coloring workbook for the kids to enjoy as well,” Lindsay added. The plan is to roll out this new component of the Kids Market this coming February.