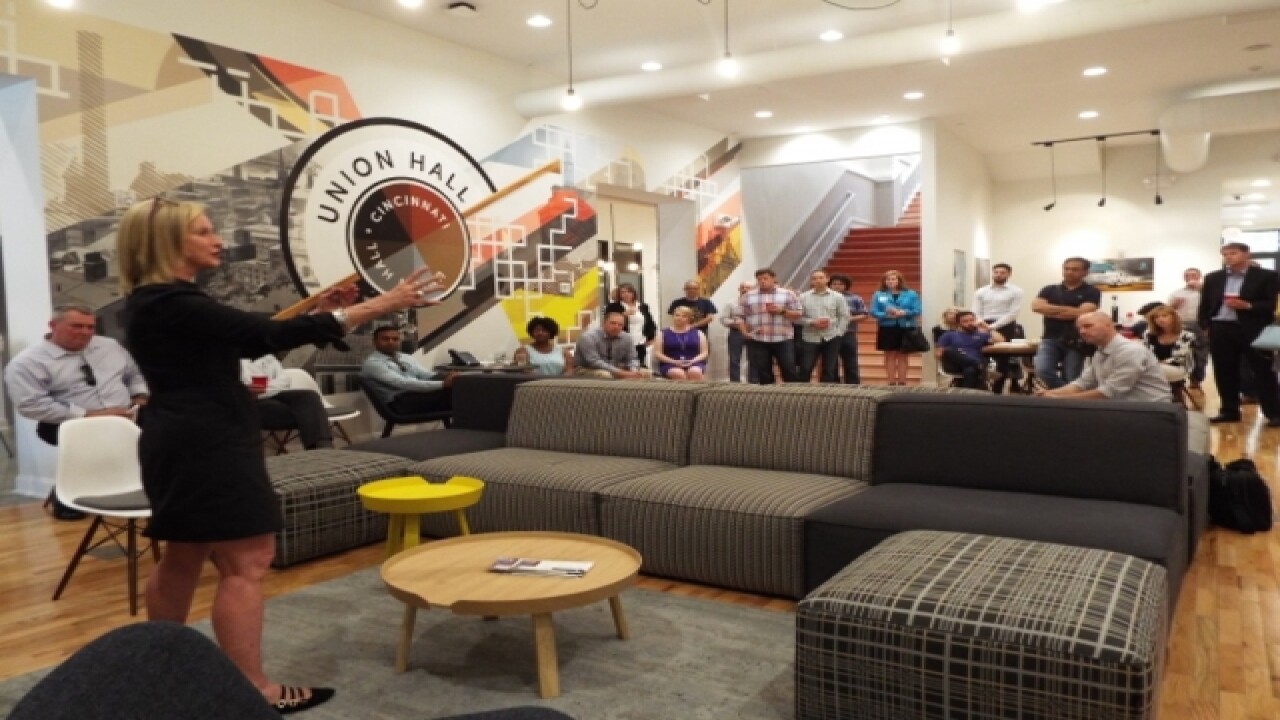 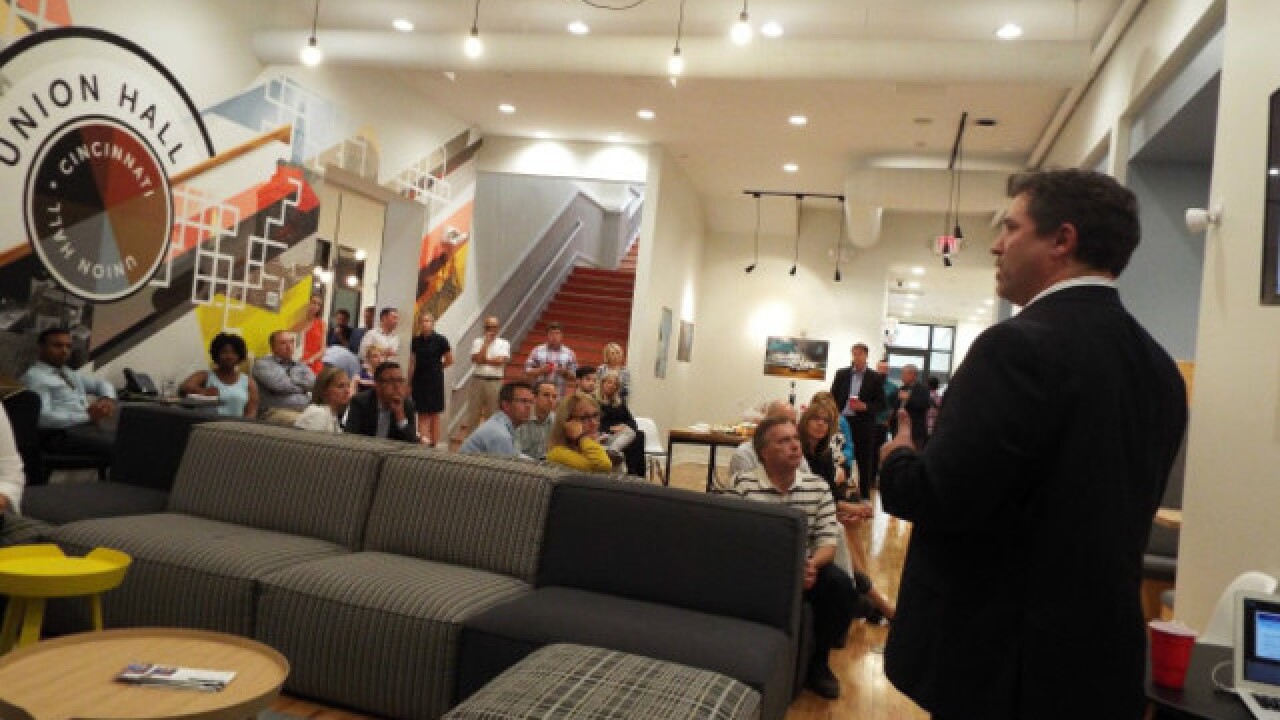 Why do patients have such a hard time following doctor’s orders? Or, from the other point of view, why are doctors' orders so hard to follow?

Could it be because the same way of instruction doesn’t work with different types of people?

That’s the premise behind c2b Solutions, a Cincinnati-based company that aims to improve patient outcomes by improving communications between health care providers and patients.

Two of the owners, Brent Walker and Casey Albertson, spoke Wednesday night in Over-the-Rhine’s Union Hall, the home of Cintrifuse, a nonprofit that’s “in the business of business-building,” in the words of CEO Wendy Lea.

The occasion was a launch party for Spry Labs, a division of Cintrifuse designed to solve problems in the health care industry and commercialize the solutions.

For a fee, Spry Labs will set up three-to-five-day workshops with providers and entrepreneurs, design a solution, build a business concept and, if needed, create a prototype, said Emily Geiger, managing director for Spry Labs.

Spry Labs answers a need that Lea noticed when she became CEO in 2014 – the need for more startups in the health care industry, an industry that matters a lot to the community.

Appropriately, Cintrifuse has started Spry Labs like a startup would, Geiger said, pulling resources from Cintrifuse personnel and contracting for some services. She hopes to have two or three staff members solely dedicated to Spry Labs by the end of the year.

Cintrifuse is getting help from Mercy Health, a founding member of Spry Labs, and Bethesda Inc., which made a significant grant.

There are already 20 concepts in the Spry Labs pipeline, Geiger said, in various stages of development.

C2b Solutions is a good example of the kind of startup that Spry Labs wants to make happen, she said.

Walker and Albertson wanted to put into practice in the health care industry what they learned about marketing during their 20-plus years working for Procter & Gamble.

With a survey of more than 400 questions, they developed a database of responses from which they created five profiles of how people interact with health care providers and their attitudes about health.

These include those who just want to be told what to do, those who want choices and those don’t pay much attention to their health.

They make money by selling the database to providers and by licensing an abbreviated version that can provide a profile with just 12 questions.

Providers can use those questions to tailor their instructions to patients, and can automate those instructions for follow-up care using PatientBond, a product c2b Solutions created and sold to another company.

Walker told a success story that’s hard to beat. He said a hospital system in Boston asked c2b for help reducing readmissions on spinal lumbar fusion surgeries, which were at 6 percent. These readmission surgeries cost at least $30,000 apiece, he said.

After a six-month pilot program, the hospital reduced its readmissions to zero, Walker said, and reassigned two nurses who had been “chasing down” patients to make sure they weren’t having problems.

One nurse now simply monitors an electronic dashboard that shows which patients have responded to emails and which have not, or who have reported having problems.

“The approach is to manage the exceptions,” Walker said.

Are investors looking for health care startups such as c2b?

According to the MoneyTree Report from PricewaterhouseCoopers LLP and the National Venture Capital Association, investment in biotechnology, health care services and medical devices/equipment startups peaked at $10 billion in 2007 nationally.

Biotech has led a recent uptick in investments in health care startups, said Ben Veghte, vice president for communications for the Association.

It has been a real bright spot, he said, “in terms of venture-backed companies going public,” he said.