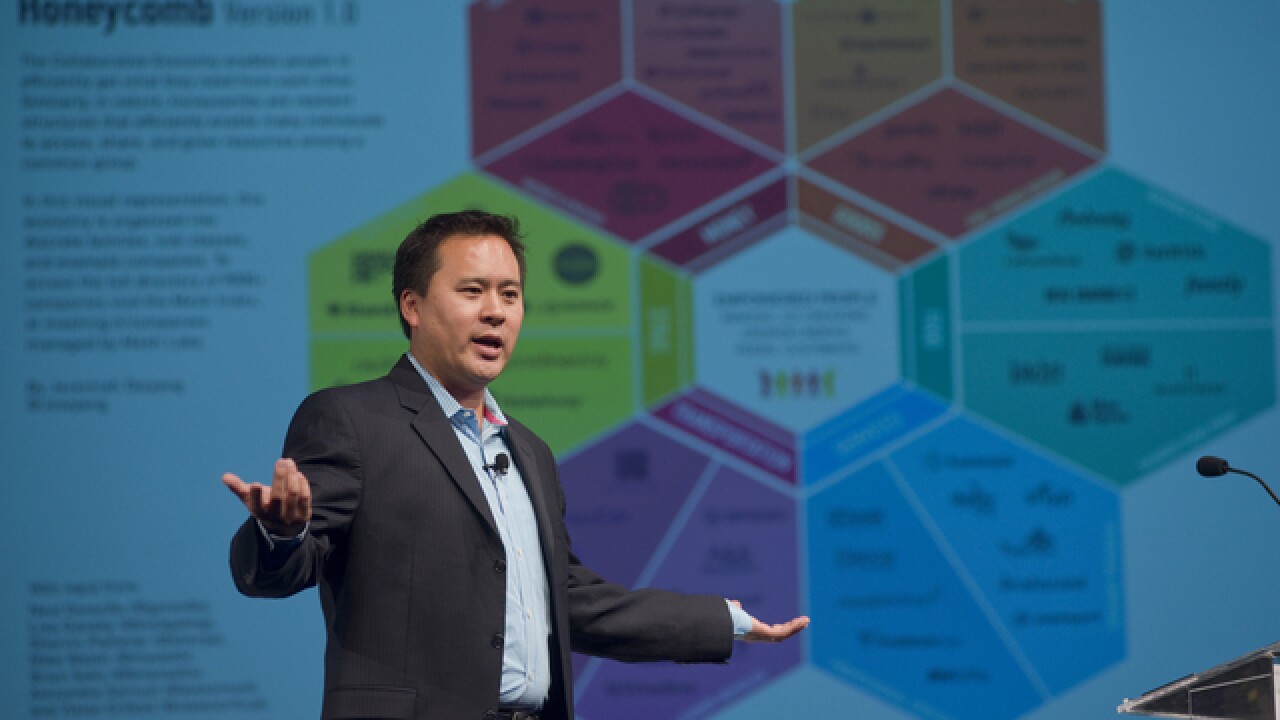 Copyright 2017 Scripps Media, Inc. All rights reserved. This material may not be published, broadcast, rewritten, or redistributed.
Provided
<p>Jeremiah <span data-scayt_word="Owyang" data-scaytid="9">Owyang, founder of Crowd Companies,</span> is a champion of corporate innovation.</p>

CINCINNATI -- On June 22, local startup advocate Cintrifuse will hold its annual signature event, Innovation Xchange Cincinnati, in which startups get together with large companies to network and learn how they can help one another.

This year, for the first time since the event began three years ago, the first half of the daylong event will be open to the general public.

That means anyone can sit in on the morning workshops on topics of interest to startups, such as artificial intelligence and blockchain technology. They can also hear keynote speaker Jeremiah Owyang, a champion of corporate innovation and founder of Crowd Companies, a paid membership network for corporate innovation leaders.

His mission, he said in a telephone interview, is to help big companies connect with customers by using the new and latest technologies. He was an early adopter of one new technology, Twitter, and now has more than 170,000 followers, whom he regularly consults for information and to do informal polls.

At the Innovation Xchange, he plans to talk about "The Corporate Innovation Imperative: How Large Corporations Avoid Disruption by Strengthening their Ecosystem," a report he co-authored with Jaimy Szymanski, also of Crowd Companies.

Some of the ways large companies do that is by partnering with startups and business accelerators, by pairing young executives with millennials in mentoring programs and by hosting "fail Fridays," in which employees talk about products that didn't work and why.

According to the report, the challenge for innovators is that traditional company cultures "favor predictability over change." Innovators also often deal with a lack of executive support, in terms of budget and headcount, and indifference from middle managers more concerned with reaching short-term goals.

Owyang is a friend of Cintrifuse Executive Director Wendy Lea, and Cintrifuse officials have wanted him to speak at the Innovation Xchange for some time, said Director of Marketing Eric Weissmann. In fact, they scheduled this year's event for a date they knew he'd be available.

After the keynote speech and the morning workshops, 32 startups will spend the afternoon making pitches to big companies. The startups were chosen from Cintrifuse membership and from funds Cintrifuse has invested in, based on their potential for addressing needs that the big companies communicated to Cintrifuse.

That portion of the event is not open to the public, Weissmann said, because the big companies don't necessarily want their competition to know what solutions they're looking into.

Cintrifuse decided to open the morning session because so many in the startup community wanted to be a part of it, Weissmann said. Also, he said, he wanted more people to have the joy of hearing people from other markets tell locals how they don't have anything like it in their markets.

"The purpose (of Innovation Xchange) is to get ideas and conversations flowing between people who innovate and want innovation," he explained. "If we're building an ecosystem, we need to expose more people to the fantastic things we've got."