Here are selling points on Cingrani as closer 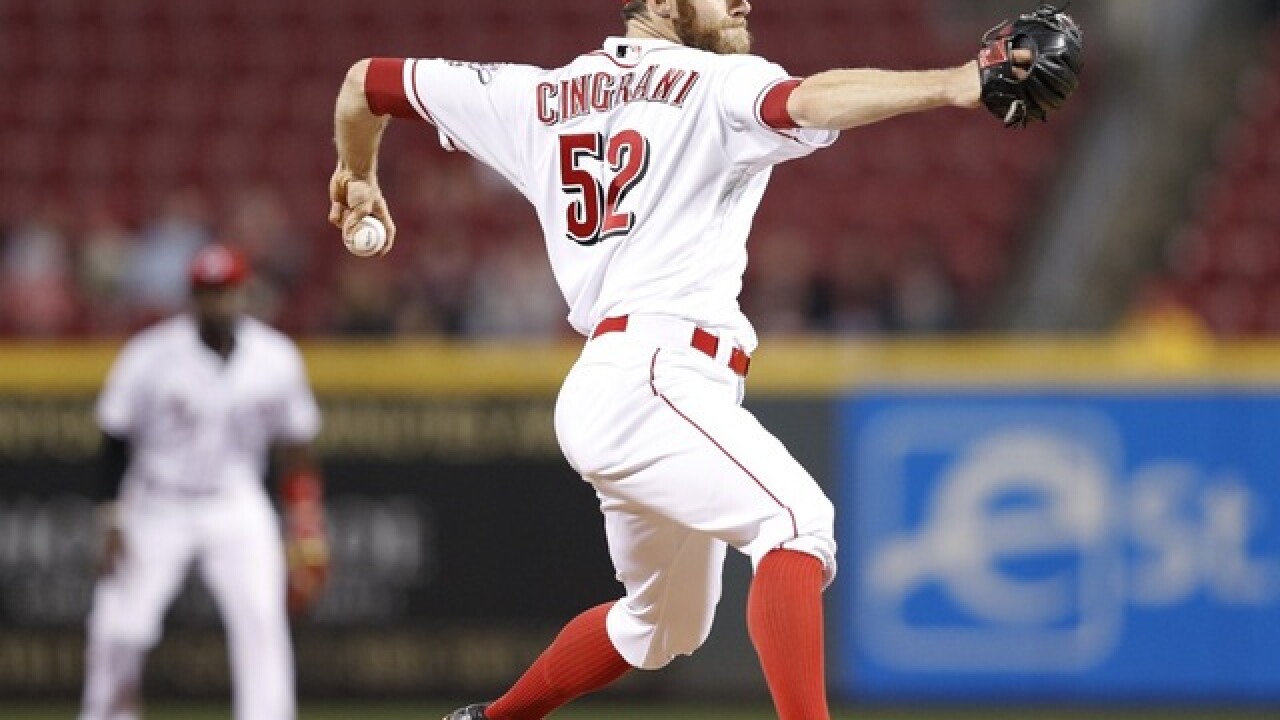 Joe Robbins/Getty Images
<p>CINCINNATI, OH - MAY 09: Tony Cingrani #52 of the Cincinnati Reds pitches against the Pittsburgh Pirates in the ninth inning of the game at Great American Ball Park on May 9, 2016 in Cincinnati, Ohio. The Reds defeated the Pirates 3-2.</p>

CINCINNATI — Bryan Price is not ready to call Tony Cingrani his closer.

But a couple more outings like Monday night’s and titles won’t matter. Cingrani will be the guy.

Cingrani made it two saves in two outings in Monday’s 3-2 victory over the Pittsburgh Pirates. And he did it the hard way, stranding the runner after Jung Ho Kang hit the first pitch of the ninth for a double.

Cingrani, the 26-year-old left-hander, whooped it up a bit after getting the final out.

“(Heck), yeah, (I celebrated),” he said. “We won the game. Kang nobody out, hits a leadoff double. Brandon (Phillips) makes a hell of a play and we’re out of the game. It’s over. It’s not the eighth inning. It’s a save.”

Josh Harrison followed Kang’s double with a groundout that moved pinch-runner Sean Rodriguez to third. Then with the infield in, Jordy Mercer hit a chopper that Phillips fielded from his knees and got the out. Pinch-hitter David Freese sent one to the track in center that Billy Hamilton ran down to win it.

Cingrani, a closer in college, relishes the role.

“Sure,” he said. “That’s what we do. It’s pitching. It’s not any different than the first three outs. It’s just a little more pressure.”

It would seem like a foregone conclusion that he is the closer until further notice. At this point, with this bullpen, anyone who does their job in back-to-back outings — as Cingrani has — should get a lifetime appointment.

Still, Price is keeping the closer-by-committee plan in place. However, the committee is Cingrani and Ross Ohlendorf now. Ohlendorf went two Sunday, so Cingrani was the choice Monday, even with all right-handers due up for the Pirates.

“Really, I'm not trying to be coy, I'm really not,” Price said. “It really comes down to if I have both Ohly and Tony for innings eight and nine, I will make a decision where they're best lined up to pitch, so I'm not losing Tony's ability to match up in the eighth with a lineup that might have some lefties they won't hit for solely to give him the ninth inning.

“Ross gets lefties out, too. I'm confident with both of them facing both left-handed and right-handed hitters. Yeah. I haven't defined a closer, but I have kind of defined that when I have both of them healthy, the two guys that will be most likely candidates to pitch innings eight and nine in no particular order.”

Cingrani seems to have that little extra under pressure. He threw nine pitches in the ninth — all fastballs. The one that ended the game was 96 mph.

“You step up your game to win,” Cingrani said. “You don’t want to lose. I wouldn’t be here if I didn’t have that.”