Should we be glad we missed out on the RNC? 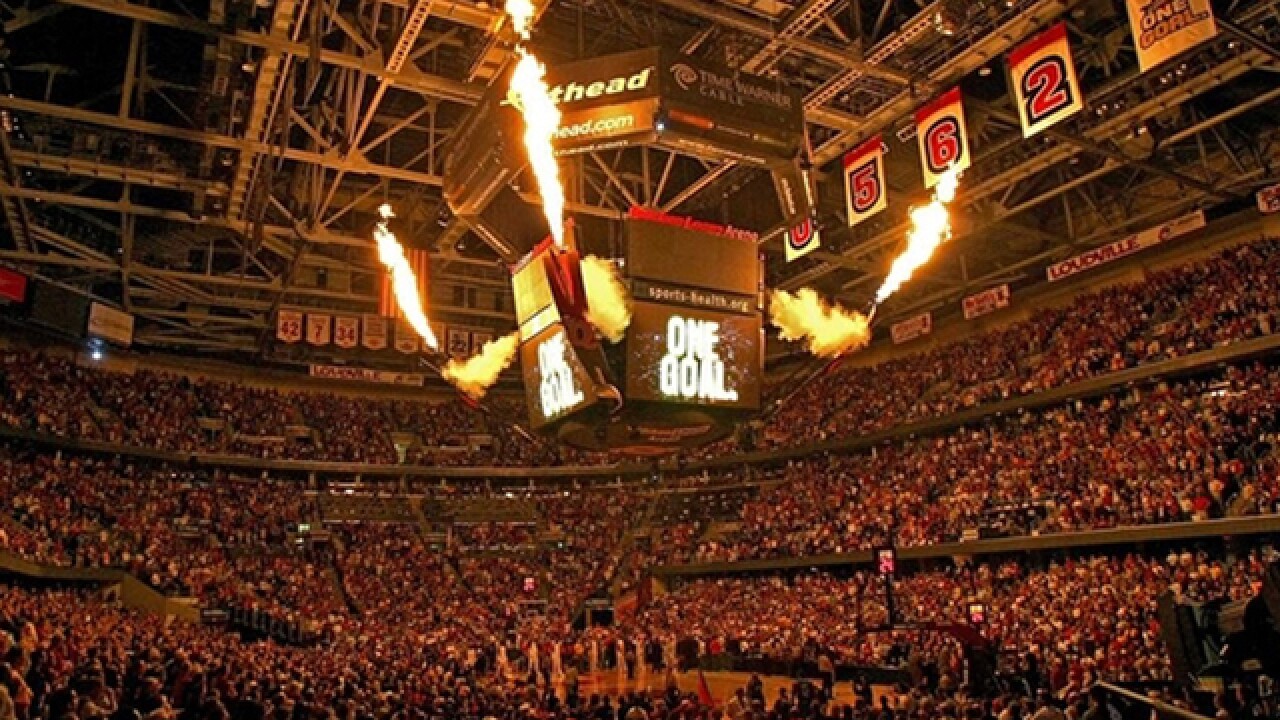 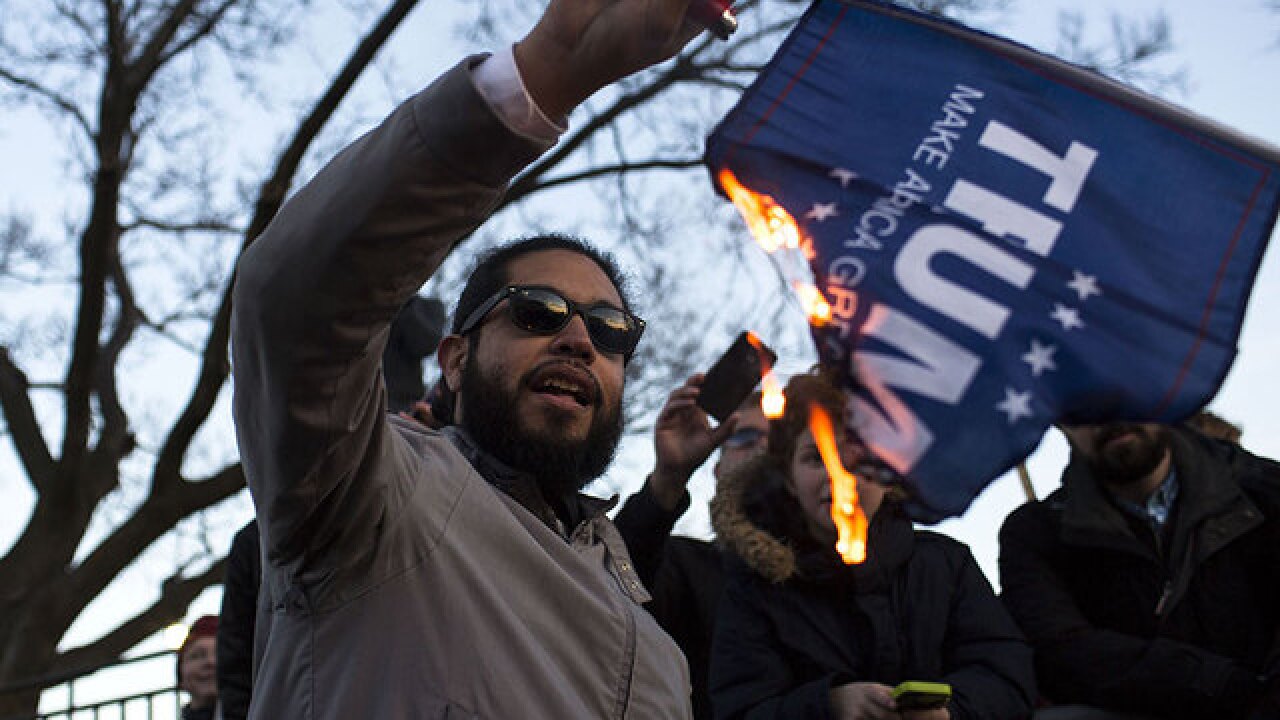 It was a sad day in May 2014 when Cincinnati leaders reluctantly withdrew their bid for the Republican National Convention after learning their facilities weren’t good enough.

Hand-wringing soon followed over the outdated U.S. Bank Arena and lack of public transportation, which had cost the city a week-long event worth more than $200 million in direct spending.

As Cleveland prepares to host the RNC in July amid threats of riots and concerns about delegate safety, many in Cincinnati’s political and business circles are quietly glad that they will not host what could be the most tumultuous convention in decades.

Yet this year’s RNC could see a real floor fight between frontrunner Trump and those who want to deny him the nomination. If he doesn’t win it, Trump said in March that riots would follow.

“For Cincinnati and … all the cities that missed out on this convention, I think there is relief, because this isn’t what we thought we were bidding for,” said University of Cincinnati political science professor David Niven.

“Conventions have been very symbolic showcases where everything is scripted … the real dawning awareness is that this year, the script is thrown out,” Niven said. “No matter what happens in Cleveland, the bottom line is, no one knows what will happen.”

About 50,000 visitors, including 15,000 working media members, are expected to descend on the Quicken Loans Arena in Cleveland beginning July 18. Visitors have booked 5,000 hotel rooms Downtown and 16,000 rooms in the region, according to the RNC.

“It is the most incredible economic activity a city can get,” said John Barrett, president and CEO of Western & Southern Financial Group and a member of the host committee that tried to lure the RNC to Cincinnati.

“There is an incredible amount of money spent that is all new,” he said. “The whole world is watching your city. It’s like the Super Bowl.”

Barrett is still disappointed the Queen City missed out on the event. He’s attended the last two GOP conventions and will likely travel to Cleveland without any fear of violence.

“Any violence won’t come from the Donald Trump crowd,” he said. “It will be an orchestrated problem if there is one.”

“I think this is going to be a historic occasion. I remain disappointed that we didn’t get it,” Triantafilou said.

He doesn’t think organized opposition at this year’s Republican convention will be much different from years past.

“I’ve been to the last three conventions … in 2004, I was in Manhattan – Bush was in the war – there were protests everywhere,” Triantafilou said. “There have been protests at every convention I’ve been to.”

Yet violence at recent Trump campaign events is making some fearful of what could happen in Cleveland.

In March, Trump canceled a rally in Chicago after fights between supporters and demonstrators prompted fears of a riot. There have been clashes at other Trump events, including the sucker punch of a black protestor who was being escorted out of a rally in Fayetteville, North Carolina.

Cleveland officials are preparing for the worst. This week the Huffington Post reported the city was shopping for a large insurance policy to protect against riots and civil rights violations.

This comes after Cleveland leaders agreed to a $6 million settlement this week to the family of a 12-year-old boy who was shot and killed by police in 2014 after he waved a pellet gun, prompting national outrage.

In 2014 the Justice Department delivered a scathing review of the Cleveland police, accusing them of a pattern of excessive force and ordering major changes.

“Then you add fuel to the flame by throwing in the anti-immigration, anti-Muslim, and essentially anti-Black Lives Matter rhetoric of Donald Trump, combined with everything that’s simmering on the surface there, and I am very worried for Cleveland,” said Jared Kamrass, a political consultant at Rivertown Strategies.

“In Cleveland they could have riots. It would be such a step backwards in Cincinnati if we had to deal with that,” Kamrass said. “We dodged a bullet … and maybe quite literally.”

Cincinnati has come a long way from the four nights of riots in Over-the-Rhine in 2001, which followed the fatal shooting of an unarmed 19-year-old black man by Cincinnati police.

“Well it’s certainly the case that Cleveland and so many other cities around country are facing issues now that we faced in 2001 and 2002, and its important they deal with just them just like we did,” Cranley said.

To the city’s credit, the National Association for the Advancement of Colored People has twice selected Cincinnati for its annual convention, in 2008 and again this year.

In July the nation’s oldest and largest civil rights organization will descend on Cincinnati from July 16 to 20 – overlapping with the exact time the city would have hosted the RNC.

It is expected to draw about 10,000 attendees. Visitors are expected to book more than 11,000 hotel room nights and spend $3.5 million while they stay here.

While impressive, its not nearly the $200 million in direct spend that Tampa saw when it hosted the 2012 RNC.

“We desperately wanted the RNC,” said Julie Calvert, vice president of communications for the Cincinnati USA Convention and Visitors Bureau.

“The positive side of it is that Cincinnati still has the opportunity to play a major role with the NAACP coming,” Calvert said.

Both Democratic presidential candidates Hillary Clinton and Barack Obama attended the NAACP convention when Cincinnati hosted the event in 2008, and she expects more candidate visits this year.

Yet city leaders still hope to attract a convention here sometime in the future.

“There’s no question I would love for us to land a major convention, Republican or Democratic,” Cranley said.

But to do so, the city needs to update U.S. Bank Arena, Barrett said.

And Cincinnati leaders need to be comfortable with the risk involved with hosting big events.

“When you bid for anything big – the Olympics or the Super Bowl -- things happen and you’d better be ready for it,” said David Pepper, chair of the Ohio Democratic Party. “This year, Donald Trump happened.”