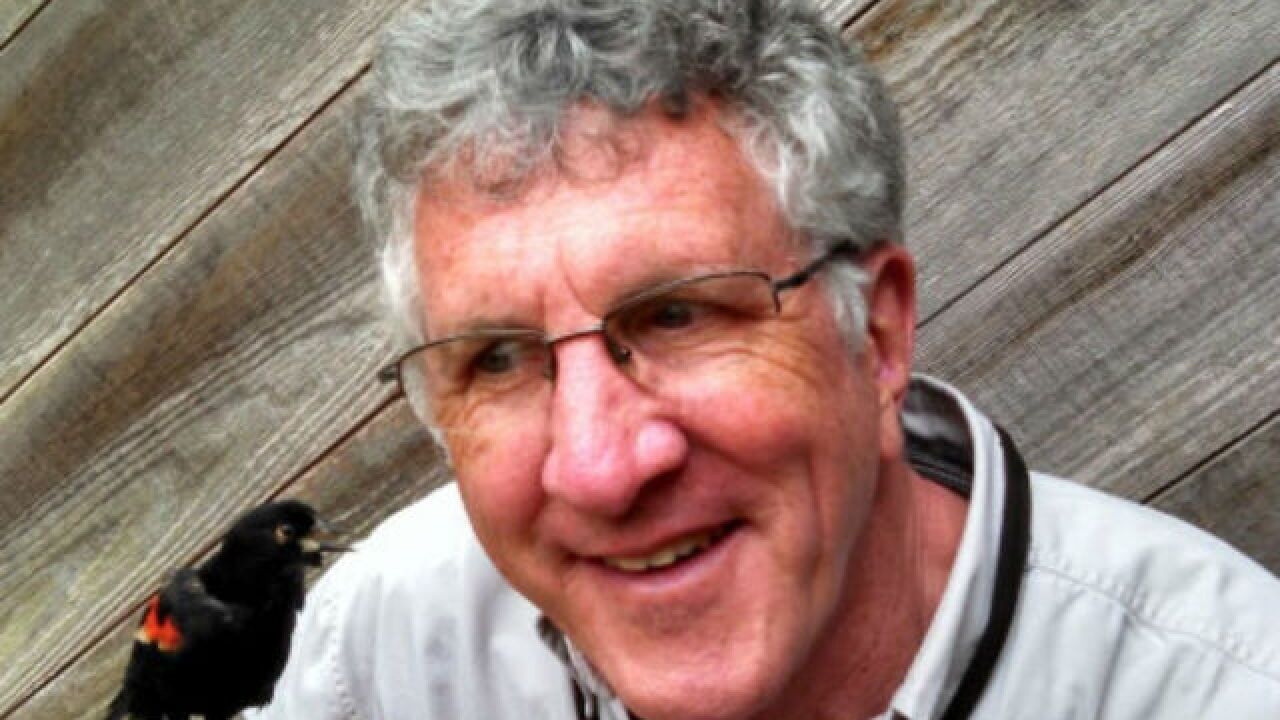 CINCINNATI -- The Cincinnati Zoo & Botanical Garden cultivates original paintings by its resident rhinos, elephants and red pandas. At the Newport Aquarium, you can paint with penguins.

Longtime chief naturalist Bill Creasey decided to capitalize on a similar idea during one of his summer camps at the Cincinnati Nature Center a few years ago. But his intention was to teach his young campers about a creature a lot less lovable.

"The kids painted with maggots," he explained. "They each dipped a few of them in paint and put them on paper. They squirm around and make the cutest little curly-cues. The kids loved it."

As you would expect, some of the kids that summer recoiled in disgust initially at the sight of a paper cup full of squirming maggots, Creasey admitted. But then something amazing happened.

After he gave the children an up-close look, the largely unloved larvae captured their attention. He taught the campers about the life cycle of a fly and shared some interesting facts about maggots, one of nature’s natural recyclers. By the end of the lesson, they were putting their hands in the cups to feel the maggots move around.

Creasey, of Loveland, has been helping Cincinnatians make those kinds of connections with nature for more than four decades at Cincinnati Nature Center. As chief naturalist, he has worked with both children and adults and coordinated a variety of programs aimed at getting residents outside to explore the natural world.

After 43 years, Creasey is set to retire in December.

"We can’t imagine the nature center without Bill," said Connie O’Connor, the nonprofit’s education and visitor services director. "He has a true passion for the natural world."

According to Creasey, that enduring passion for nature is what has kept him committed to a job he says he has loved from day one. For a Cincinnati native fresh out of Miami University, with both a zoology and botany degree, landing a job as a naturalist at the Cincinnati Nature Center was a dream come true, he said.

The job combines his love of the outdoors with his love of education. It has also allowed him to spread awareness about the beauty and benefits of nature as well as the importance of protecting and conserving it.

The Cincinnati Nature Center provides educational programs, recreation and stewardship opportunities relating to the natural world. It has two sites: Rowe Woods in Milford and Long Branch Farm & Trails in Goshen, which collectively offer more than 1,600 acres of forests, farmland, fields and streams. It has grown into the largest member-supported nature center in the country and attracts more than 170,000 visitors each year.

The Center first opened to the public in 1967, and Creasey has been there almost since the beginning. Over the last four decades, he has witnessed its growth from roughly 3,000 members when he started to more 11,000 today. The center’s land holdings have doubled during his time there and the staff has quadrupled.

Creasey has helped lead countless new and existing education programs both at the center and at a variety of exotic locations all over the world, including Africa, South America and Papua New Guinea, through its travel program.

A lot has changed, but the mission of connecting kids and adults with nature has stayed the same, he said.

"Being outside is so important for our emotional and spiritual health," Creasey said. "It’s a sanctuary. Nature is truly healing."

Society has changed during his tenure as well, which has made his job a little more challenging in recent years. Technology has taken the place of outdoor play and exploration for many, especially among youth. Fewer kids are out exploring nature in their backyard, he said. Most are indoors, focused on a television, computer or smartphone screen.

But that has made his job even more important, according to Creasey.

To compete with cartoons and video games, the center hosts a fun-filled nature preschool and hands-on, outdoor summer camps, he said. They also opened a 1.6-acre Nature PlayScape, a safe space that’s completely fenced in but designed to re-create the kind of carefree childhood experience previous generations had in nature when they were young.

For adults, Creasey helped create and launch unique programs such as bird walks, natural history series, and a "Taste of Nature" series that features local food and wine.

"I love what I do," he said. "My goal is to get people excited about nature. When you can do that, they keep it."

Instilling a love and lasting respect for the natural world is what Creasey does best, according to Amy McDuffie of Montgomery.

The local mom has witnessed first-hand Creasey’s passion for the environment being passed on to others -- namely her son, Alex.

"Bill has a way of making every person feel like they are the most important person in the room," she noted.

To 17-year-old Alex McDuffie, Creasey is “the greatest.” As a kid, he attended the nature center’s summer camps -- and something clicked.

"It was like magic," he explained. "School has always been tough for me. I like to be outside, moving and exploring. It's how I learn, and Bill understood that."

Now, as a teenager, Alex is a volunteer in the nature center’s Teen Counselors in Training (CIT) program.

"He created a place where I felt like a star," Alex said of Creasey. "When I started as a CIT, I made it my job to do the same for the campers."

That’s the legacy that Creasey leaves behind, according to O’Connor. He has inspired generations of local families, like the McDuffies, during his long career.

He has also left his mark on the Cincinnati Nature Center, she said.

"Bill helped shape the culture here," O'Conner added. “He helped create a warm and welcoming atmosphere where people will continue to connect with our beautiful, natural world for many years to come."