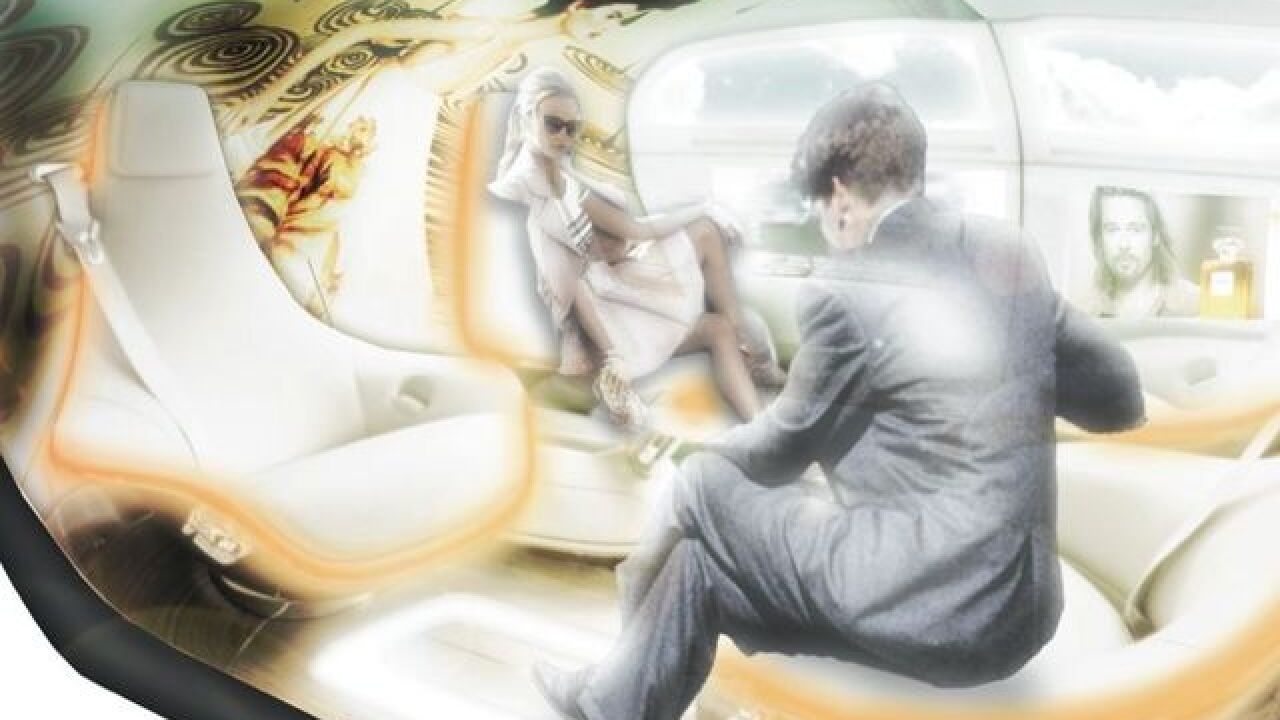 <p>Design firm Cooper Carry explores the impact that driverless cars will have on retail centers.</p>

LAS VEGAS - Driverless cars, refining the retail experience and a newly shuffled lineup of Cincinnati deal makers. Those are some of the themes you can expect from WCPO's coverage of the International Council of Shopping Centers convention in Las Vegas this week.

"Retailing is a dynamic industry that requires continuous reinvention,” Macy’s Inc. CEO Terry Lundgren told the company's shareholders Friday. Two days later, Macy's Executive Vice President Douglas Sesler is attending his first ICSC event since being hired in April to search for joint-venture deals with developers. Macy's is under pressure from shareholders to convert unused space in its mall and flagship stores to housing, office or other uses. Sesler could find dozens of developers interested in such deals here in the next few days.

And he represents just one example of new leaders who could impact Cincinnati projects:

As many as 38,000 brokers, developers, retailers and vendors are expected to converge on the Las Vegas Convention Center in the next four days. They’ll find an industry that has fully recovered from the Great Recession of 2008, said ICSC President Thomas McGee.

“Occupancy rates are hovering around 94 percent," McGee said in a Cincinnati appearance May 13.“There hasn’t been a tremendous amount of new construction” and “the industry has done a pretty effective job of managing supply vs. demand.”

Macy’s has used stores within a store, spa services and events like fashion and flower shows to attract more shoppers. Kroger has experimented with in-store restaurants, new store formats and digital offerings like the ClickList online ordering system that allows shoppers to pick up grocery orders without leaving the car.

Kroger’s Nick Hodge told local real estate professionals May 13 that improving the shopping experience will be key for Kroger, as it competes against new rivals like Lidl, the German chain that’s now invading the U.S., and Wegman’s, an East Coast chain known for its unique in-store experience.

“We’ll look for those bells and whistles that can make our connection to our customers as relevant as possible,” he said. “It’s not just about what you offer in the store but it is about the service and the hospitality that the customer gets when they walk into your store.”

And shoppers are still walking into stores, said McGee, despite the rapid growth of shopping via cell phones and computers.

“It’s not bricks vs. clicks. It’s bricks and clicks,” McGee said. “In the holiday season, a third of the folks that bought things online picked it up in a physical store. Then 70 percent of them picked up something else while they were there.”

The technologies behind the growth of online retail aren’t the only forces developers are starting to ponder. The Atlanta-based design firm, Cooper Carry, has published a SlideShare to explore the impact that driverless cars will have on the retail environment.

Shopping centers of the future may require more space for valet services, but parking facilities could be smaller and more remote. Older shoppers will be more likely to venture out to the mall if they don’t have to worry about driving themselves. But designers will need to make sure shopping centers are walkable for that older demographic.

“While there are many factors that will impact retail design once the driverless car is used by consumers, most certainly street widths, parking decks and freedom of mobility will be key elements to consider,” said Angelo Carusi, a principal in Cooper Carry’s Retail Studio.