62 cubs have been born at Mast Farm in Loveland 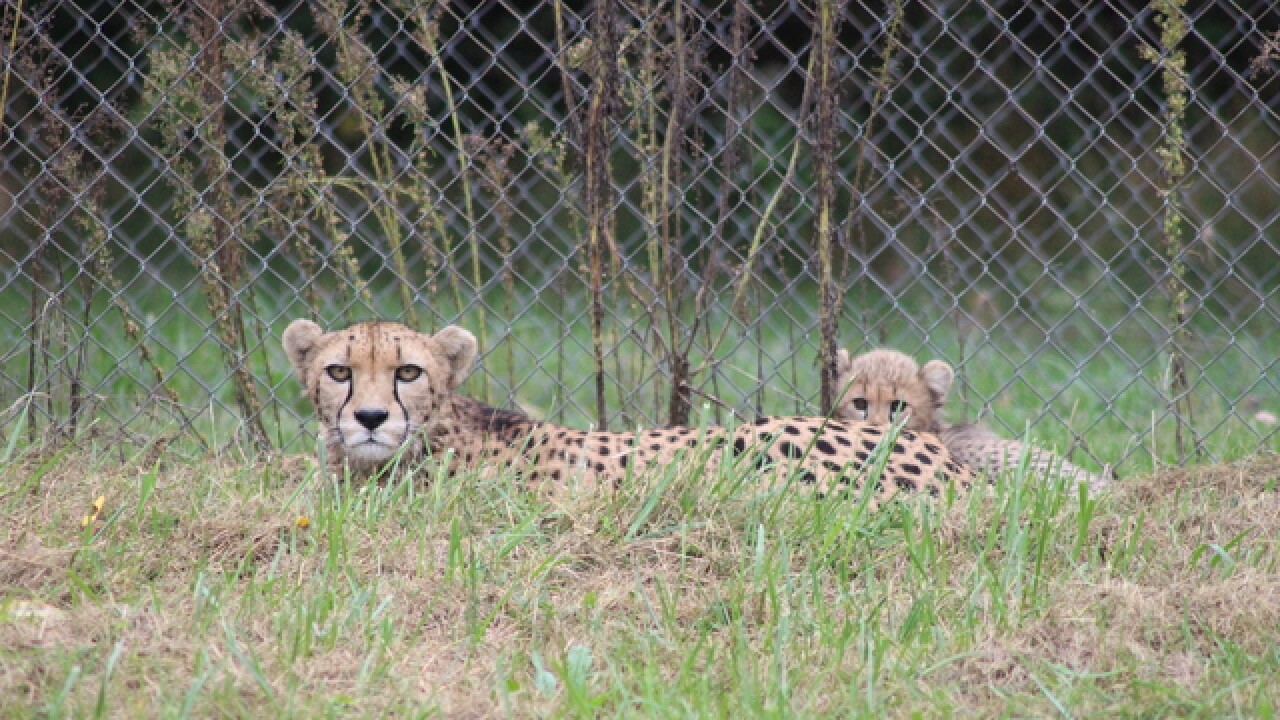 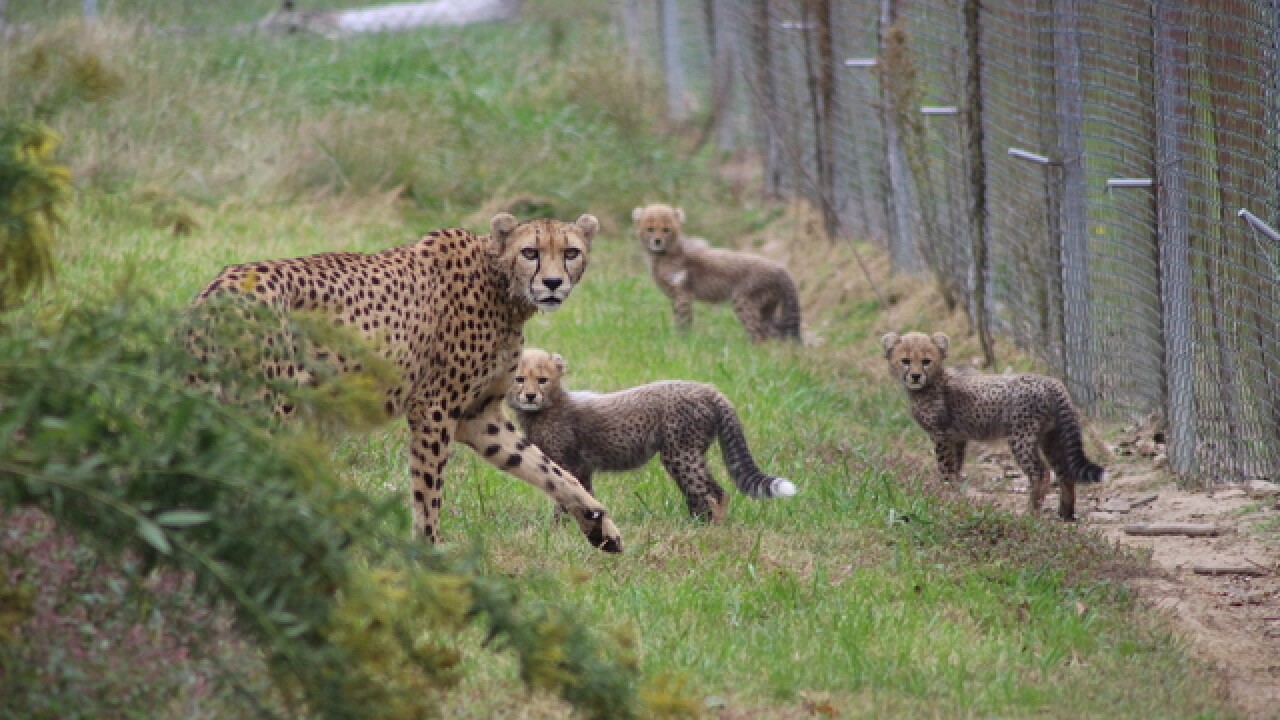 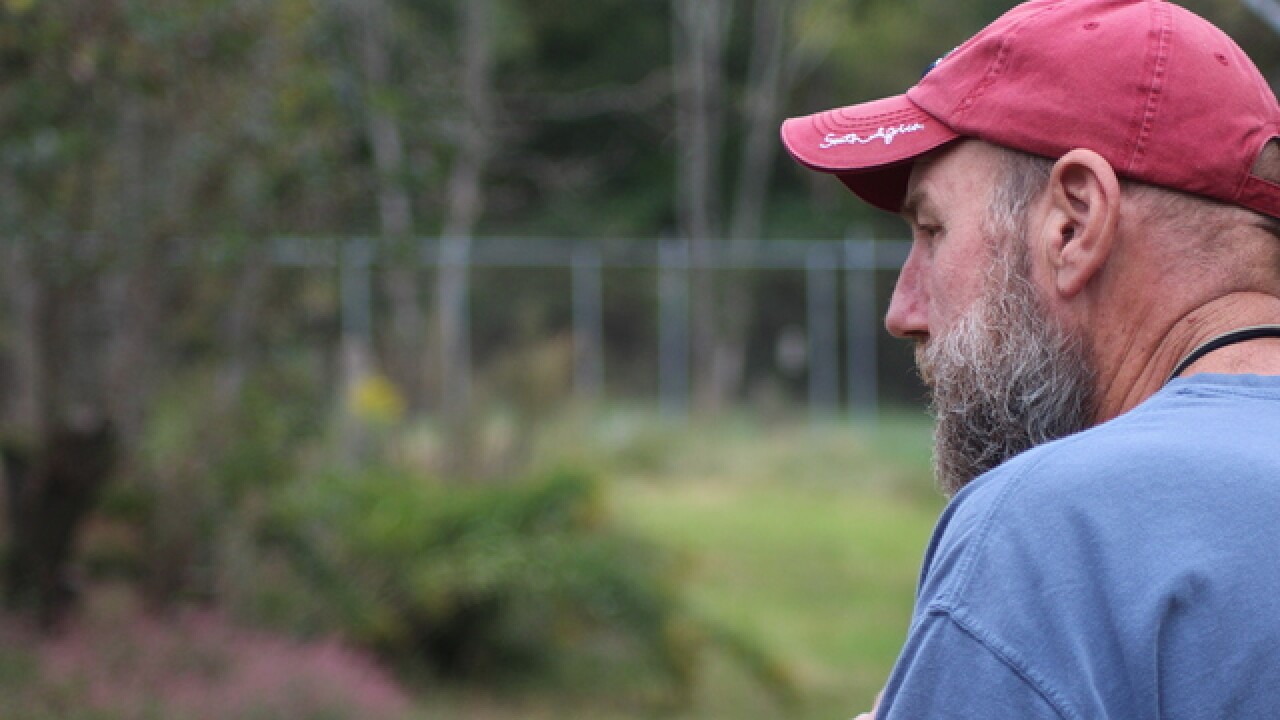 LOVELAND, Ohio -- It's just past dawn at the Mast Farm when a loud chirp erupts from a dense thicket. Female cheetah Kathleen stealthily steps out, scanning the grounds with her intense gaze. She chirps again and three fuzzy youngsters bound to her side.

It could be a scene from Namibia, but instead, the cubs are homegrown in Clermont County at the Cincinnati Zoo's offsite cheetah breeding facility.

Since opening in 2000, female cheetahs at the Mast Farm have given birth to 62 cubs, which have gone on to produce 104 offspring. The 108-acre facility currently houses eight male and seven female cheetahs, along with three 14-week-old cubs. The facility is one of 10 in the country dedicated to maintaining a genetically healthy cheetah population under professional care.

"Cheetahs are so short-lived that if you're not constantly trying to breed them, they're liable to die off," said Tom Tenhundfeld, head keeper of Mast Farm. "In captivity it's about 12 to 15 years and their life span's even shorter in the wild."

Cheetahs' capricious breeding rituals make the process incredibly challenging, Tenhundfeld said, adding that unlike other species, the decision is entirely up to the female. In the wild, female cheetahs are solitary animals, while males live together in groups of two to three referred to as coalitions. When the female encounters a group of males, it's up to her to decide which one to choose -- if any. To check if the female cheetah is in the mood on site, Tenhundfeld said, they walk coalitions of males through her enclosure on a daily basis.

"I've had females exposed to several different males and she didn't pick any of them, and other times she'll pick one and they'll breed within a couple of minutes," he said. "We're constantly mixing and mingling, and it can get rather difficult."

Tenhundfeld said females can produce cubs only from ages 4 through 9, further narrowing the breeding window. After cheetahs give birth, the cubs stay with the mother for about two years, he said. Female cheetah Kathleen is age 9, he said, so her three current cubs will be her last before retirement.

"This is her third litter," he said. "She was actually born here, so she's gone full circle. Born here, bred here and given birth here. She's a really good mom."

Kathleen is such a good mom that two years ago she cross-fostered an abandoned cub from another breeding facility, said Linda Castaneda, lead trainer for the cat ambassador program. When only a single cheetah cub is born or survives, she said, the female fails to produce milk. After a single cub was born in Oregon, Castaneda said they relocated the cub and added it to Kathleen's new litter in Cincinnati.

"So it was like suddenly she just had another one, and cheetahs can't count, so she raised it like it was one of her own," she said. "And that's one of the great things about having the breeding centers and having that cooperation amongst different facilities -- we can say what the best thing is for this individual cub."

Castaneda said the goal is always to leave cubs with their mother, but in the case of rejection, hand-reared cubs become excellent candidates for the zoo's cat ambassador program, going out into the public as part of the Cheetah Encounter.

Breeding cheetahs under professional care exponentially increases their chance of making it to adulthood, in comparison with Africa, where cubs have only a 10 percent survival rate, Castaneda said. With cheetahs' specific dietary needs, complex breeding habits and unique personalities, she said, the species faces its share of challenges in the wild.

"The more I learn about cheetahs, the more I think it's nothing short of nature's miracle that they're still around," said Castaneda.

In order to keep the population within professional care healthy, she said, each year the cheetah Species Survival Plan (SSP) conducts a week-long session that Castaneda likes to call "cheetah camp." She said just like in the NFL Draft, cheetahs' genetics are put on a big board to determine which ones will be the best matches for the coming year. Then animals are relocated depending on the determinations of the SSP board.

"The first time I went I thought, 'This is like a football draft, but we're ranking genetics instead of ability,' " she said.

At Mast Farm, construction is underway building new shelters for the current cheetah residents, as well as next year's recruits, Tenhundfeld said. Cheetahs live at the farm year-round, so the shelters are heated for the colder winter days.

He said breeding at the offsite facility has been so successful the zoo changed plans to relocate to its Boyer Farm property.

"It's really peaceful and serene here for the cheetahs," he said. "We usually start breeding around January or February, as they have a 90- to 95-day gestation, but we stop around August or early September because it's difficult having winter cubs."

Learning from cheetahs under professional care helps the zoo better understand how to maintain the population in the wild, Castaneda said. The zoo also partners with the Angel Fund to help cheetah conservation in the wild, as well as sponsoring the 5k Cheetah Run to raise funds and awareness.

"The wild population, that is the end game," she said. "At the end of the day, to try to figure out what can we learn from the cats we have in our care that could apply to the wild and how can we also make sure that those that are out there can continue to be successful out in their environment."