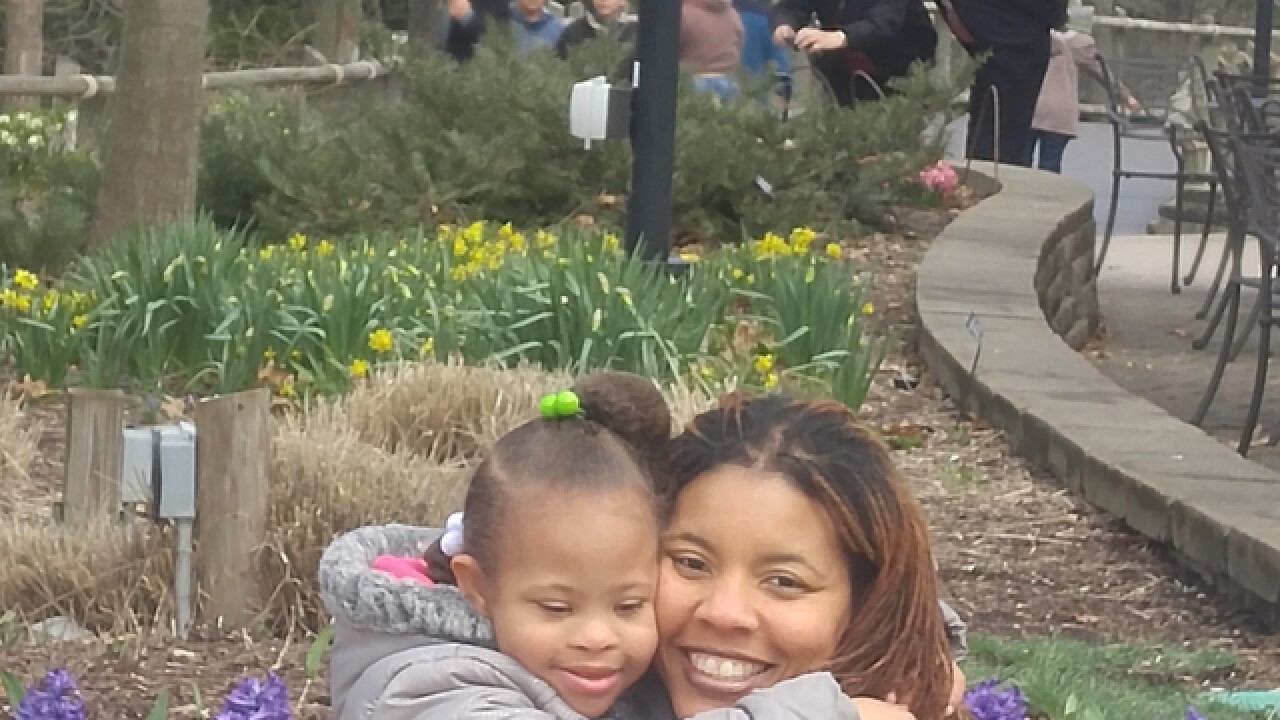 Copyright 2018 Scripps Media, Inc. All rights reserved. This material may not be published, broadcast, rewritten, or redistributed.
Provided
<p>Family Advisory Council member Leesha Thrower says that until she had her daughter, she never realized the challenges faced by the special needs community.</p>

CINCINNATI -- The Cincinnati Zoo & Botanical Garden is becoming more accessible to all visitors, including those with developmental disabilities.

The zoo has trained staff and volunteers, as well as modified existing structures, to be more accommodating for families with children with special needs. The zoo will hold an event Aug. 14 for families and organizations within the developmental-disability community to network as well as provide valuable feedback about the zoo's progress.

"We were meeting about how we could diversify our audience at the zoo and sort of open our doors a little bit wider and welcome more people," said Rhiannon Hoeweler, vice president of visitor experience, strategy and fun. "So that sort of kicked off the general zoo access for all, and we were looking at it through multiple lenses, one of those being the developmental disability community."

The meeting led to an Institute of Museum and Library Services grant proposal and subsequent funding, Hoeweler said, for the zoo to partner with Cincinnati Children's Hospital's Division of Developmental and Behavioral Pediatrics to conduct two- and eight-hour training sessions with more than 300 zoo staff and volunteers.

In addition, Hoeweler said, the zoo created its own family advisory board to guide staff through the process.

"One of the things the families talked about was an adult-sized changing table because they don't have any of those at the park," she said. "So that was one of the first things we accomplished last year -- we put two adult-size changing tables in the family restrooms that are up in entry village area."

Setting families up for success is key, said Dr. Jennifer Smith, program director of leadership education in neurodevelopmental and related disabilities (LEND). She said her objective when training zoo staff was to help them feel more comfortable when interacting with the population, which includes knowing current terminology and dos and don'ts.

She said the goal is to treat people with disabilities and their families with the same great customer service as everyone else, but with added knowledge.

"The cool thing is that once the zoo staff started doing this work, they really became more aware of our population and how to better support them," she said. "And not just during their daily interaction at the zoo, but everywhere. So that's what we were really trying to do is to build some disability champions at the zoo that will really promote inclusion for our kids and families."

Through training sessions, Hoeweler said, staff members introduced the idea of access passes so those families can be given a specific time to go to certain attractions, since waiting can be difficult. She said families also will have access to bags containing items such as noise-canceling headphones, fidgets, pinwheels and sunglasses to help with sensory issues, as well as a calming space to take children who become overstimulated.

She added that the zoo's graphics team is in the process of designing a map to identify areas that might be overwhelming for kids due to funny smells or loud noises, such as the howling of the gibbons.

"There are things we don't even think about, like the automated hand dryers, automated flush toilets," she said. "Those can be really off-putting to kiddos, so we're in the process of putting in a sensory-friendly bathroom."

Leesha Thrower, a member of the family advisory council for Children's Hospital's Division of Developmental and Behavioral Pediatrics, said before she had her daughter seven years ago, it never occurred to her that there were places that people with special needs could have trouble accessing and enjoying a full, enriching experience.

When you have a child with special needs, she said, you want to be included in all parts of life and have those outside the community understand how to interact and be supportive.

"It's important for neurotypical people to have experiences with those who are different from them," she said. "One day they'll be teachers or employers or shop owners, and if they've already had experiences, it's going to be a little easier to be accepting and hire people and have high expectations. But in order to do that, our children have to be comfortable, and they have to be able to access spaces."

Increased access and interaction with the general public will help raise awareness and acceptance of their population of children and adults, she added.

"Our families have emphasized to us that sometimes just getting to the zoo or another community location is a journey, and all these things they have to think about just to get there," she said. "So our focus is on prepping them on not only how to get there, but how do we support them once they get to that location."

Knowing a location supports those with developmental disabilities is extremely reassuring for families, Thrower said. After working with the zoo for the past year, she planned the yearly outing for the African American Family Network of the Down Syndrome Association at the facility.

"We planned the zoo outing in June, and we all had a fabulous time, and now it's going to be something that we do annually," she said.

The Aug. 14 event is primarily for families of children with developmental disabilities and organizations that work within that community. Hoeweler said the day will give the zoo staff a chance to practice their newly acquired skills, as well as gain valuable feedback from families and organizations as to what might need to be added or changed.

Ideally, the zoo will be a place where families can visit and feel included every day of the year, she said.

"We do want to be a safe space for everyone, and that is absolutely a huge goal -- and a huge marker for success is that they know they're welcome here," Hoeweler said.