Cincinnati State draws students from around the globe, bolstering finances and connections 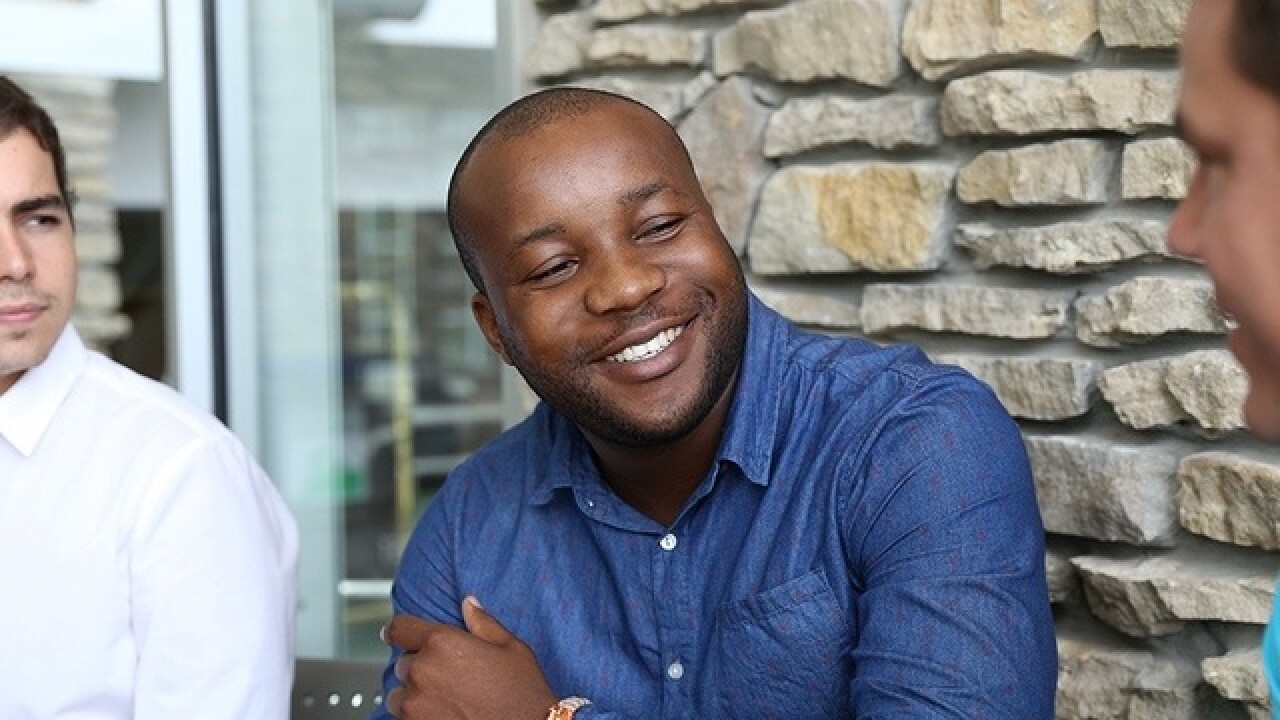 CINCINNATI – When you think of students crossing oceans to pursue a college degree in Cincinnati, the first institution to spring to mind may not be Cincinnati State.

But nearly 700 students from 102 different countries and territories are there and changing that perception.

The two-year community and technical college draws students from all over the globe, and not just neighbors like Mexico and Canada or populous countries like China and India.

Kandre Kabanga, 26, graduated last spring with an associate's degree in computer networking technology. Born and raised in Democratic Republic of Congo, he found his way to Cincinnati 3½ years ago after stints in Washington and Chicago.

Like many immigrants to the Queen City, he was drawn here by word of mouth from a family member. Kabanga's cousin touted the quality of life and affordability compared to Washington and Chicago.

"Cincinnati State helped me a lot," he said. "The international student office helped guide me toward what I needed to do. We had international group talks, which were really great to have."

French is his first language, so Kabanga honed his English at Cincinnati State while he earned his degree, and he's planning to attend University of Cincinnati to earn a bachelor's degree in cyber security.

He's a taxpayer already, working in information technology at Planned Parenthood, and he's open to staying in Cincinnati after he graduates from UC, but he's also considering other cities with more diversity, he said, including Houston.

"It's not the rich kids coming in, it's those finding pockets of money to pursue their education," he said. "It's a lot of aunts and uncles who are here or abroad that are helping to support families and parents."

Their presence has been a boon to Cincinnati State, whose overall enrollment has slipped in recent years due, in part, to a population dip in high school graduates and a strong economy that draws diploma holders into the job market rather than pursuing higher education.

Most international students pay out-of-state tuition and graduate at a higher rate than U.S. students. In 2012, 19.6 percent of international students graduated in three years or less, compared to 14.5 percent of the overall enrollment (community colleges typically have far lower graduation rates than four-year colleges because many students go part time while holding down jobs and raising children).

"They're giving more. They're carrying a lot of weight," Wright said.

Sergio Toro, 20, came to Cincinnati from Venezuela with the support of his parents at home and an aunt and uncle, with whom he lives in Maineville, Ohio.

He spent a year at Xavier University in immersive English language classes and was directed to Cincinnati State as an affordable place to continue his education by his aunt's friend, who teaches Spanish at Northern Kentucky University.

"It's been the greatest experience of my life," Toro said, citing the college's small classes and numerous faculty and staff who have been eager to help him navigate a new culture and learning in a new language.

"They always try to help me with classes. There are so many people I have to thank because they help me so much," he said.

Toro plans to complete his associate degree in business administration after the fall semester and transfer to NKU to pursue a bachelor's degree in logistics and international business.

With his home country of Venezuela plagued by an economic collapse, he hopes to find a good job in Cincinnati but is keeping his options wide open, considering looking for work in Argentina, Colombia, Spain or Italy.

"My plan is to find something here. I'm getting used to the culture, the country," he said.

Wright was part of Mayor John Cranley's task force on immigration, and he hopes that Toro and many more immigrants like him lay down roots in the Tri-State.

He pointed toward a study sponsored by Cincinnati USA Regional Chamber and Partnership for a New American Economy that estimated foreign-born residents pumped $1.5 billion into the local economy in 2012, including paying $189 million in local and state taxes.

The Nashville, Tenn., native said the influx of international students is beneficial to the immigrants and also the local students who get to have face to face contact with people from all over the world.

"Students who may never have left Ohio are meeting new people. Dispelling myths is a good thing. I think that's a key thing people can learn from each other," he said.