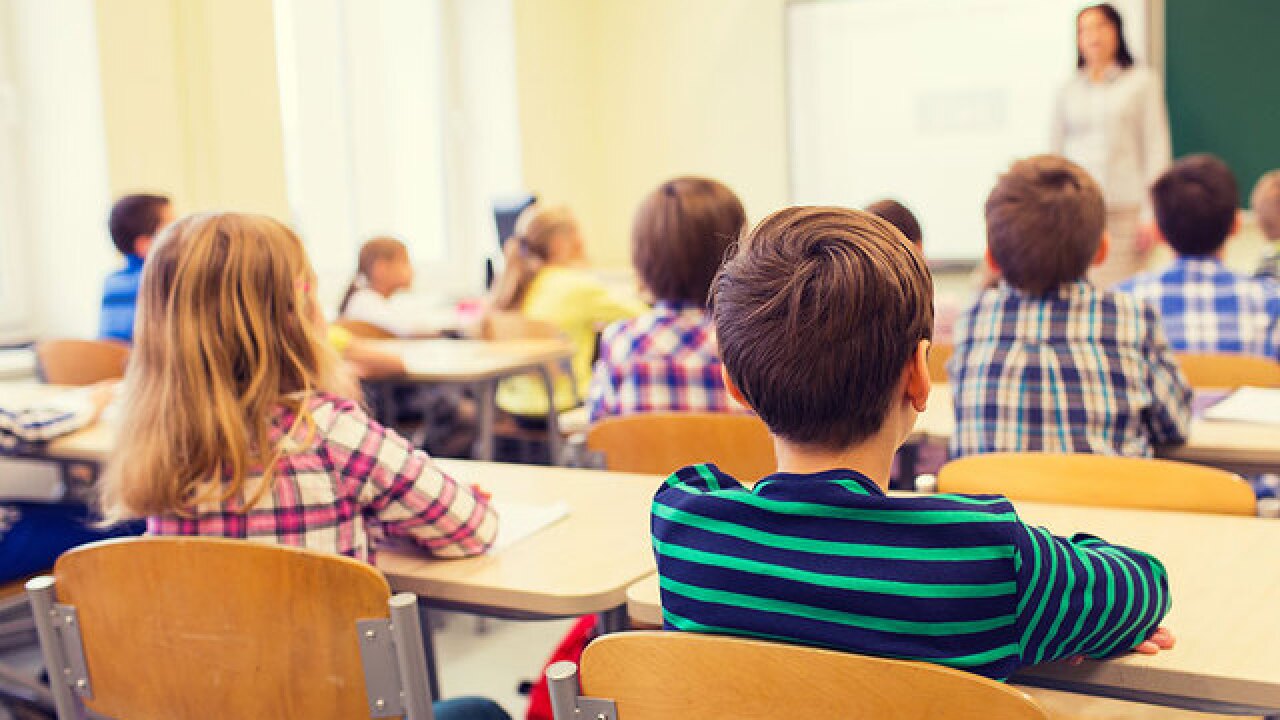 CINCINNATI – Former Procter & Gamble President and CEO John Pepper has seen a lot of causes that promised to transform Cincinnati since he moved to town when John F. Kennedy was president.

"If and when this passes, this will be the most important thing to happen in this community since I came here with P&G in 1963," Pepper said.

Pepper has been pushing for more early childhood education since collaborating with Gov. George Voinovich on expanding Head Start beginning in 1986.

Like many others in a broad coalition of business, church and education leaders, Pepper sees quality preschool as a means for breaking the cycle of poverty and improving the prospects for impoverished children who otherwise face high dropout and, eventually, high incarceration, unemployment and welfare rates.

CPS's board gave initial approval last week to put a levy on the November ballot that would raise an additional $48 million a year for five years, including $15 million a year to pay for preschool. Details of how the preschool money would be spent are still being determined, but it would fully subsidize two years of preschool for 3- and 4-year-olds to attend either CPS preschools or Catholic or other private operators.

Advocates said $15 million would fully subsidize preschool for all families who make 200 percent of the federal poverty rate or less. That would cover every family of four, for example, that makes $48,600 a year or less.

The remaining $33 million a year would boost funding for CPS's K-12 education, helping to close a deficit caused by growing enrollment, a drive for adding more computers to classrooms and rising fixed costs.

The board said the additional money, coupled with new spending cuts, will erase what would otherwise by a $50 million annual deficit.

The district hasn't asked for new money since 2008, and the levy's passage is by no means assured. Since 1983, CPS has asked for a 27 levy renewals, levy increases and construction bond issues. Nineteen passed, eight failed.

After many months of behind the scenes negotiations, including dueling polls, a grand bargain was struck among CPS officials, Cincinnati Preschool Promise, Cincinnati Business Committee and The Amos Project, which is a coalition of religious leaders fighting for economic justice.

Nearly all CPS levies have won at least a quiet endorsement from the business community, but this one has elicited an unusually strong endorsement and pledges of financial support from business leaders.

"I haven't seen this level of support from businesses since at least 2000, or maybe 1991," said Brewster Rhoads, a veteran leader of numerous school levy campaigns dating back to the successful 1991 campaign.

Pepper, who chaired the 1987 levy campaign that eked out a win by 154 votes, a number burned into his memory, agreed.

"There's a degree of community coalition in every levy campaign, but this one is extremely strong," he said. "Preschool Promise got close to 10,000 signatures. It's The Amos Project, it's the churches, legion of people who have been out there."

The Rev. Troy Jackson, who leads the Amos Project, had favored a separate payroll tax hike to fund Preschool Promise, as did other preschool advocates, based in large part on polling that suggested more support for an earning tax than a large property tax increase.

But business leaders wanted to hold the line on the city's earnings tax, concerned that an increase would make it more difficult to recruit quality workers and open the door for additional increases for other pressing community needs.

"Clearly the prospect of having two different levies both involving education and preschool on the same ballot practically was a non-starter in terms of expecting voters to approve it," Pepper said.

The compromise puts social justice crusaders intent on fighting poverty and economic inequality on the same page as business leaders who, additionally, see the benefits of a more highly qualified, educated workforce graduating from Cincinnati schools.

"All stakeholders are very well engaged and at the table. We are very supportive collectively," CPS Board Chairwoman Ericka Copeland-Dansby said.

She expects a robust campaign.

"We don't have a choice. We haven’t had new money since 2008," Copeland-Dansby said.

Julie Sellers, president of the Cincinnati Federation of teachers, was an early skeptic of Preschool Promise's plan for a separate tax request, but is supportive of the combined levy. Her organization will do most of the organizing of the levy campaign, she said.

"I feel very comfortable with it," she said. "There will be a very wide cross section of support with the merged levy."

Pepper said the levy can pass if advocates make the case that more money is needed because the district is attracting more students by improving the performance.

"The second thing is to really get the ground game out. Go door to door, explain why the levy is important, and really listen to people," he said.

"Third, ensure voters that the money will be well spent," Pepper said.