Local artist is painting a dream 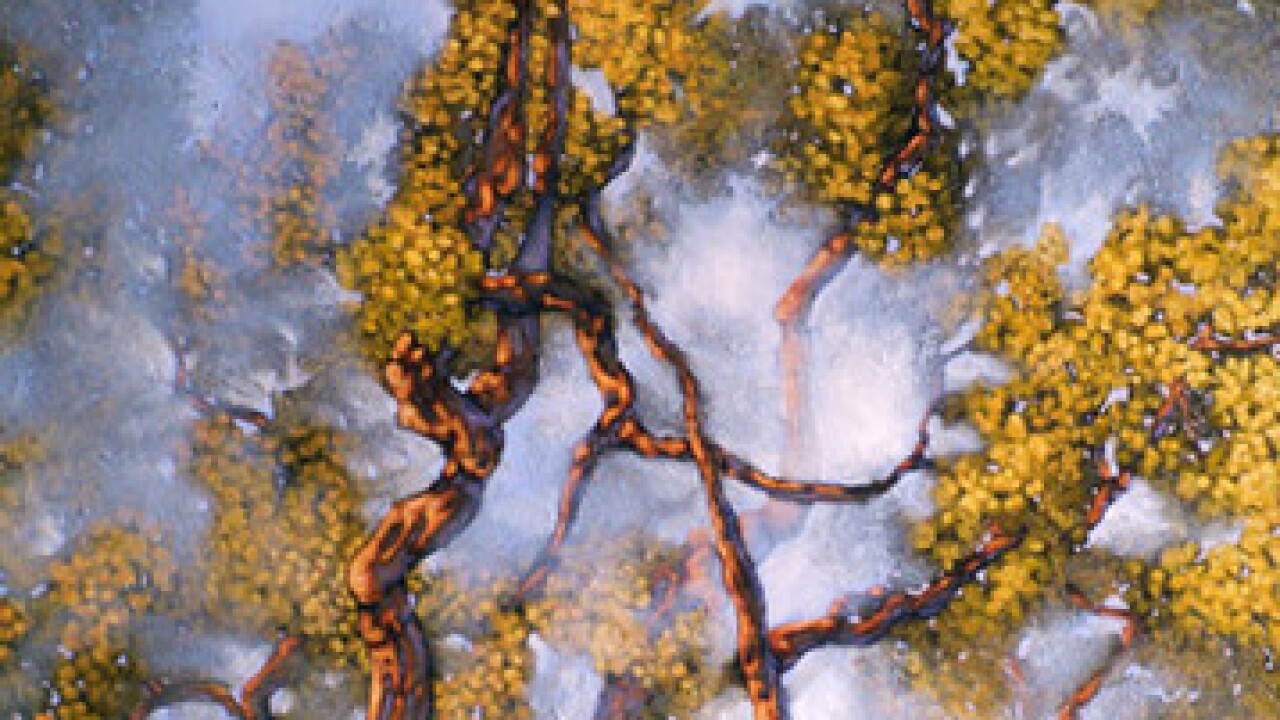 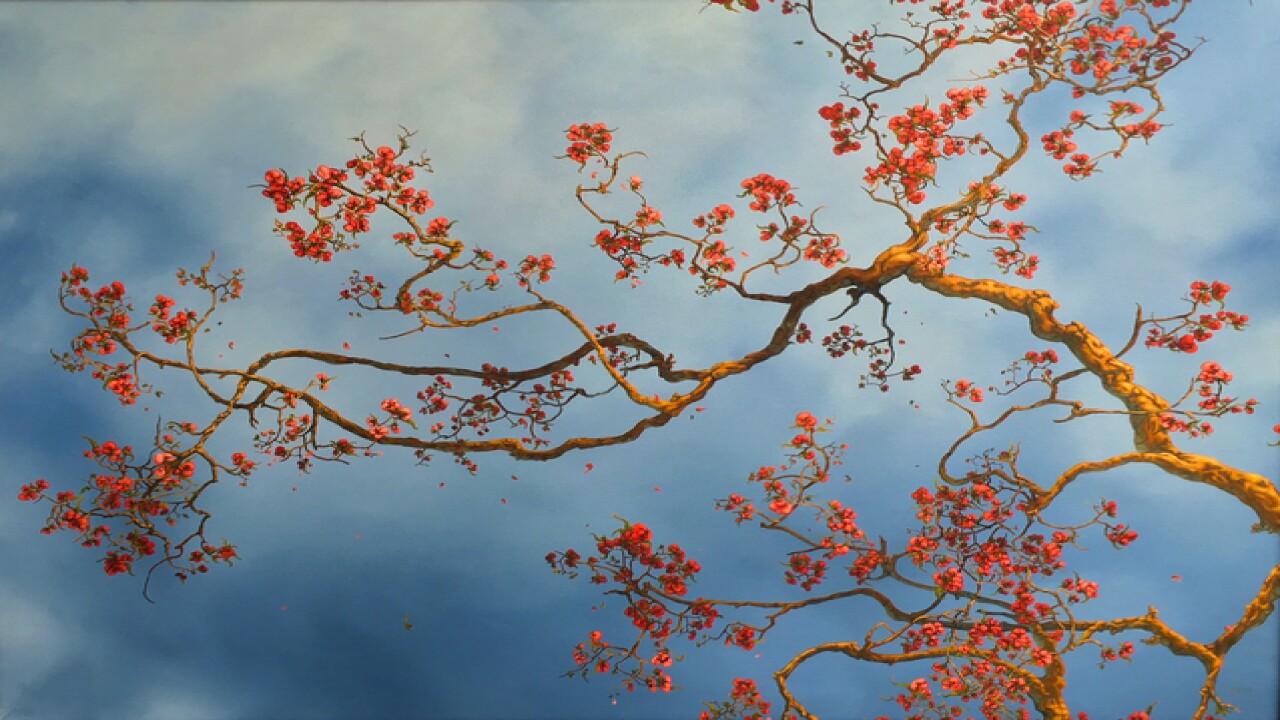 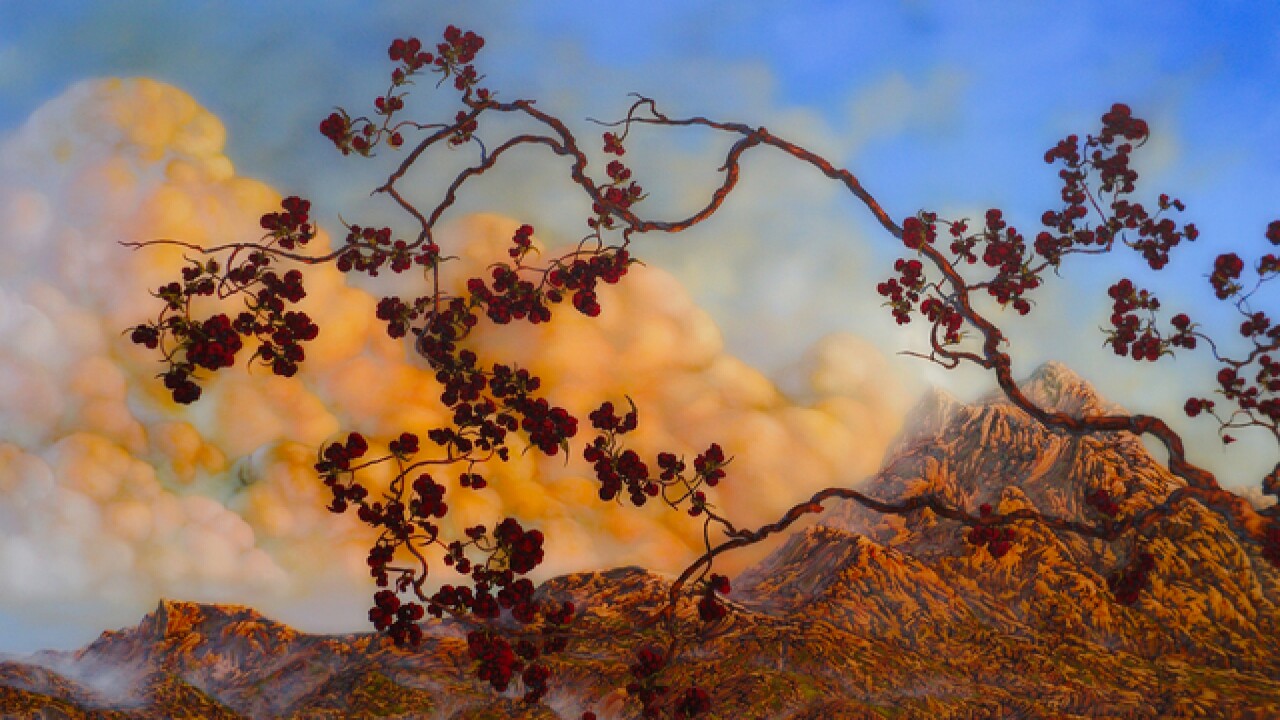 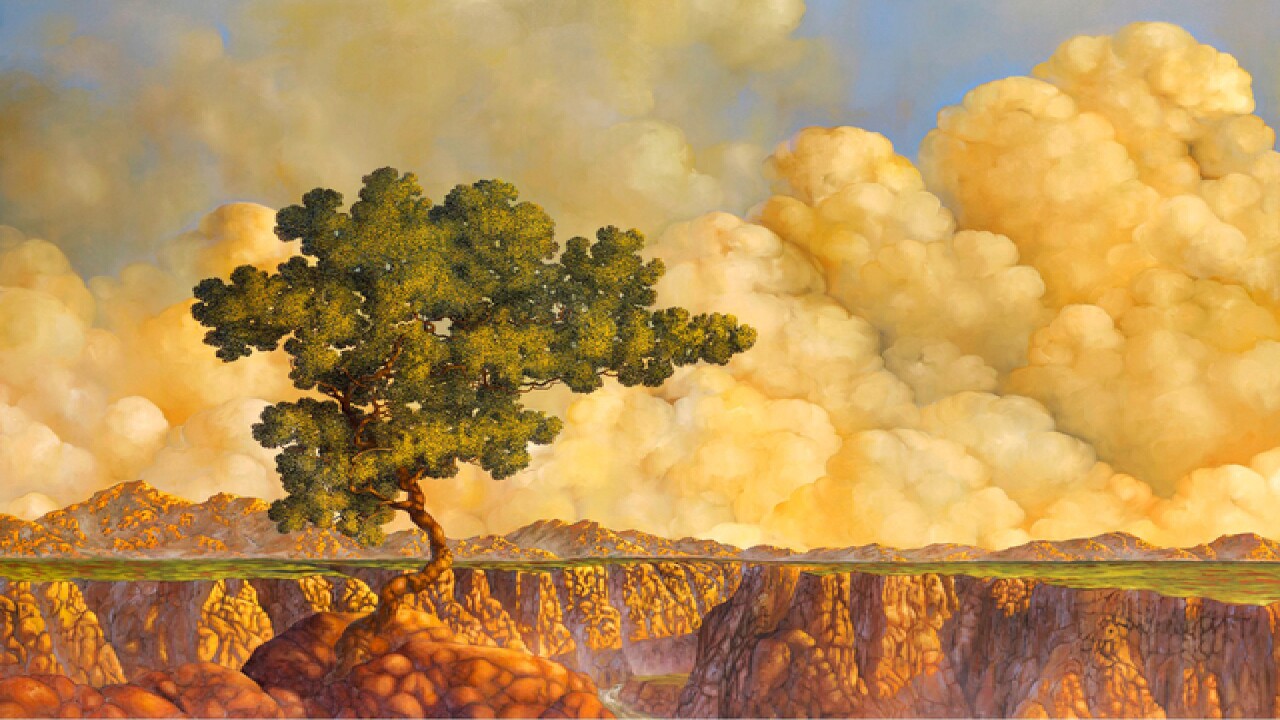 ST. BERNARD, Ohio -- Adam Hayward’s paintings capture the moments in nature that feel ethereal and surreal. They are expressions of the artist’s appreciation of nature’s majesty, of his belief that heaven is all around us.

Looking at his paintings, one would never know how Hayward endured the death of his father in 1993 after a year-long battle with ALS, or how he struggled to survive as an art teacher in the Virgin Islands. His paintings don’t reveal that he still sometimes works as a contractor to make ends meet.

Making art a full-time job can be challenging for Cincinnati-area artists like Hayward.

At one time, the 44-year-old was able to call art his full-time job, and he hasn’t given up on achieving that again.

Hayward has art in his blood. His grandmother was a water colorist, his mother a fine arts teacher. Although his initial interest was in graphic design and advertising, Hayward shifted focus to art education after his father’s death.

When Hayward first turned to painting to make money, it was out of desperation. Within a month of his arrival to the island of St. Croix to teach art in 1999, he endured three hurricanes and three burglaries. So when he sold three of his paintings for $1,500 at an art show at his school, he was elated.

“I saw it as validation that I was doing something that someone actually wanted to put in their home,” Hayward said.

Hayward turned his attention from teaching art to art itself, and he felt the call to return to the mainland. After a brief, unfruitful stint in New Mexico, he returned to his native Cincinnati in 2001.

A contractor by day, Hayward spent four hours in front of the canvas each evening, honing his craft.

It would be years before he’d get his break.

Annie Bolling can remember the day in 2005 that she first saw Hayward’s paintings. Then the co-director of the Phyllis Weston-Annie Bolling Gallery in O’Bryonville, Bolling recalls walking out of the gallery as Hayward and his friends unloaded an 8-foot-tall painting from the back of a truck.

Bolling was blown away by Hayward’s mastery of light, color and attention to detail. She found it easy to connect emotionally to his depictions of scenes in nature, and she knew others would feel the same.

“A lot of his landscape pieces reminded me of that moment right before a storm is about to hit,” Bolling said. “He was able to capture that lighting quality. It kind of took you there.”

Bolling and Weston agreed to give Hayward a one-month show. It was a success. Hayward made twice as much in those three months as he had in the previous year. He stopped his work as a contractor and spent all of his time in his studio. He thought he’d made it.

But a storm of a different kind was about to hit. The housing bubble burst in 2008, marking the beginning of the Great Recession. Hayward wouldn’t sell another painting for two years. But he never gave up.

Before the Great Recession, the art market was hot. Artists of all types earned money in that environment, regardless of their medium or skill level, said David Smith, executive director of the Miller Gallery in Hyde Park.

“In 2008 and 2009, I didn’t sell a darn painting,” Hayward said. “But I kept producing. I think there are some artists out there who like to dabble and semi-dedicate themselves to it, but they stopped because there wasn’t any income in it anymore.”

Art is an investment, and quality is what makes believers out of investors. That’s why Smith believes in Hayward. The Miller Gallery’s collection includes four of Hayward’s paintings, and Smith holds up Hayward as a master colorist.

“What I’m seeing now is collectors having a more discerning eye and paying more attention to quality,” Smith said. “Technique is an important part of the puzzle.”

And Hayward isn’t about to give up.

For seven months after the birth of his first son, Hayward was focused on the new challenges that come with fatherhood. But now he’s back at the canvas, and the goal remains the same: To make art his full-time job. And to end the contracting work he also does.

“I try not to take life too seriously, but am respectful of its nuances, of hardship,” Hayward said. “Through perseverance, I believe that you can find your path, no matter what you do.”

To learn more about Adam Hayward and to view more of his paintings, visit www.haywardstudios.com.