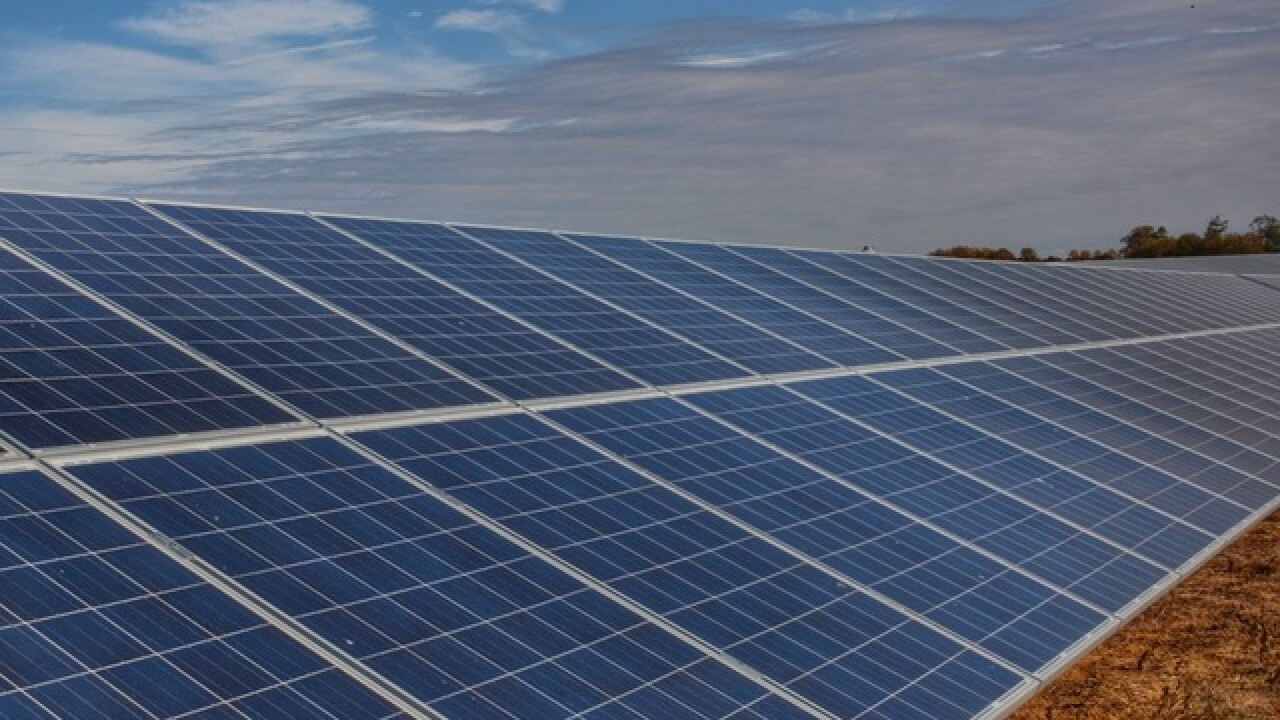 CINCINNATI -- It’s long been known, in local environmental circles and beyond, that Cincinnati is one of just a handful of U.S. cities that has a real chance of achieving widespread sustainability in the foreseeable future.

Almost a decade ago, the city adopted an ambitious action plan -- now known as the Green Cincinnati Plan -- that features several citywide recycling programs, an alternative energy-purchasing program and other components, all designed to reduce Cincinnati’s greenhouse gas emissions by 80 percent by the year 2050.

But that was only a small part of the mayor’s message: Cranley went on to announce that the city will commit to 100 percent renewable energy by 2035 -- an ambitious goal even by conventional standards.

To that end, the mayor laid out a plan to build the region’s largest solar array that will harness the power of the sun (instead of high-carbon dioxide-emitting coal) to pump water into local homes and businesses.

A budget surplus of $30,000 from the mayor’s fund was used to update the city’s sustainability plan to reflect the new 2035 goal, which Mayor Cranley has taken a step further.

The first step will be installing solar arrays on more than 100 acres of city-owned land at locations that include Lunken Airport and Center Hill.

“Over the course of this summer, we will be launching the largest municipal investment in solar energy in the United States of America,” Cranley said. “It’s complicated, admittedly, but we will figure out a way to get our entire waterworks system, which currently pays an annual bill of about $7 million to Duke (Energy) to use coal energy to pump water into your homes, off of coal energy and onto solar energy.”

The press conference was attended by some of the region’s foremost sustainability stewards including Sierra Club, Green Umbrella, Citizens' Climate Lobby and Keep Cincinnati Beautiful. Also in attendance were bipartisan local groups like Miami University and the Archdiocese of Cincinnati.

“Now that we’ve made that pledge, we have to follow through on that pledge -- and we will and some of you in this room will be the ones helping us do it,” said Larry Falkin, who heads up the city of Cincinnati’s Office of Environment and Sustainability (OES). “We know, because we’ve got the Solarize Cincy program going on right now, and we’ve got dozens of homeowners putting solar on the roofs of their houses and it’s working for them.

"If we can do it at a residential scale, we can definitely do it at a commercial scale," Falkin said. "I'm really happy for the chance to be part of it.”