Cincinnati Neighborhood Games looks to unite communities: 'It's like the Olympics' 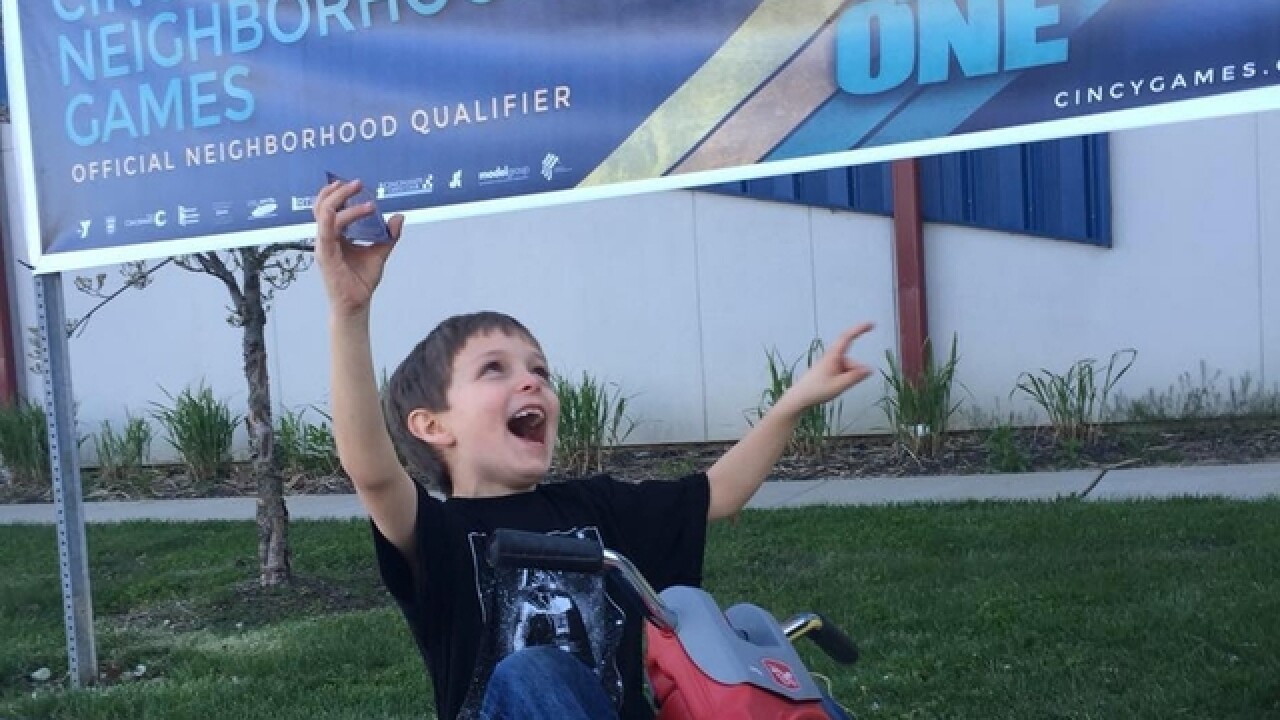 CINCINNATI — Henry Frondorf was watching soccer teams from around the globe compete in the 2014 World Cup when he had a simple idea.

“I remember thinking if we could have something like this in Cincinnati, where everybody gets together, that would be great,” the Westwood resident said.

Two years later, and with the help of nonprofit Invest in Neighborhoods Inc., the now 32-year-old Frondorf’s Cincinnati Neighborhood Games is set to take place July 9-16 at Yeatman’s Cove. Frondorf's goal is to unite the city’s 52 neighborhoods through free, friendly competition in 20 events.

Frondorf gained Invest in Neighborhoods' support after pitching the games at the group's Cincinnati Neighborhood Summit last year. The organization, which provides financial and organizational support to the city's neighborhood councils, liked his idea so much it agreed to provide a steering committee to support the endeavor.

Frondorf went on to win one of the city of Cincinnati's $10,000 Engage Cincy grants. The city awards the grants each year to people who create positive community engagement projects.

“It was an opportunity to expose people to different parts of the city,” said Invest in Neighborhoods adviser Melissa Wegman about Frondorf’s idea. “There is one thing you can say about Cincinnati: It’s a city that has 52 communities who all think they are the best community.”

The Cincinnati Neighborhood Games treats each neighborhood as its own country. To that end, Frondorf  recruited 46 volunteer neighborhood captains to organize smaller competitions to select residents to represent each community in July. Those competitions include activities like a 40-yard dash, chess, trivia, hula-hoop endurance, limbo and pingpong. Most events are broken down by age group to be as inclusive as possible.

“The majority of our captains are random people who came across the games on Facebook,” Frondorf said. “I told them, ‘We want you to treat this like your neighborhood’s Olympics.’ We empowered them to run with it.”

Qualifiers began April 1 and continue through June 30. A schedule of remaining events can be found at www.cincygames.com.

Beside organizing events, captains also help decide which of the 20 events a neighborhood will compete in. Neighborhoods can choose to participate in all events or just one.

“If one person shows up, we’ve done fine,” said Mount Washington neighborhood captain Wendy O’Neal, who hosted her initial community qualifier on May 21. “I felt no pressure. Henry told us, 'It’s your games -- you make it happen. You make it a good time.’”

Mount Washington is hosting additional event qualifiers each Friday in June at the local farmers market. O’Neal, 60, got involved with Cincinnati Neighborhood Games after hearing Frondorf’s pitch at last year’s neighborhood summit. She wanted to do something similar to the games in Mount Washington but jumped on board with Frondorf’s plan after witnessing his enthusiasm and its scope.

“I admire Henry so much,” she said. “I’ve been doing volunteer work since I was 16 years old. The highlight was just working with Henry and going through this. He has learned, kept his focus and made it happen.”

Frondorf, a pre-construction manager at Lithko Restoration Technologies, said he had no community organization experience before launching the games.

“It’s a simple concept to grasp,” he said. "It is kind of logistical nightmare.”

Beyond figuring out how to manage and organize volunteers, Frondorf learned how to apply for city event permits and set up a nonprofit because of the games. He also worked with Cincinnati Metro to provide free ride vouchers for residents who might not otherwise be able to travel to Yeatman’s Cove for the games in July.

He also said he has realized the importance of relying on the help of others like Wegman.

“He wanted people to compete in 50 games (events),” said Wegman with a laugh. “I said, ‘Henry, I love your spirit, but we need to keep this manageable.’”

Wegman said Frondorf in turn has brought a lot of new blood to Invest in Neighborhoods' mission of uniting communities.

“It’s interesting. Even late in the process there are new faces that keep popping up,” she said.

The Cincinnati Neighborhood Games will kick off on July 9 with an opening ceremony of Girl Scouts carrying neighborhood flags from Washington Park to Yeatman’s Cove. Organizers estimate those games could draw anywhere from 1,000 to 3,000 participants.

“The goal of this whole thing is about getting people together,” Frondorf said. "Things happen, good things happen, when people get together. You realize there are people in neighborhoods that care about their neighborhood and want to make it better. We live in a pretty cool city because of that.”