Some exhibits stay open during construction 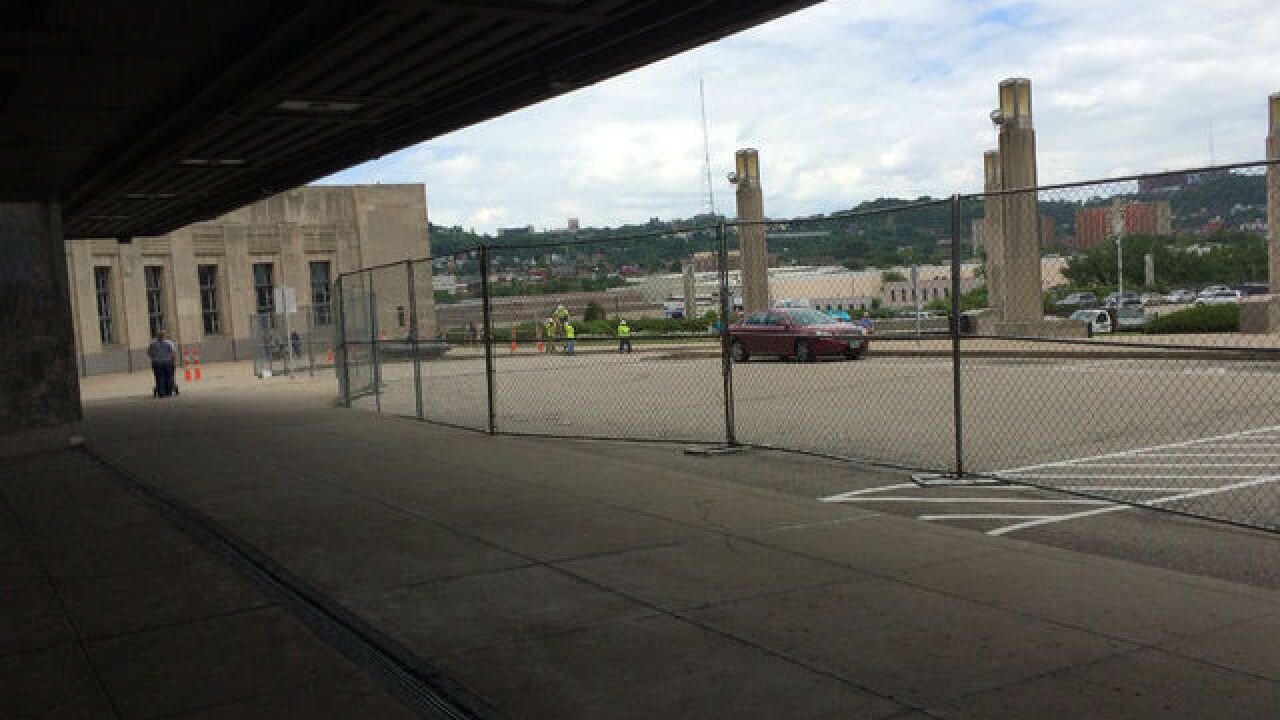 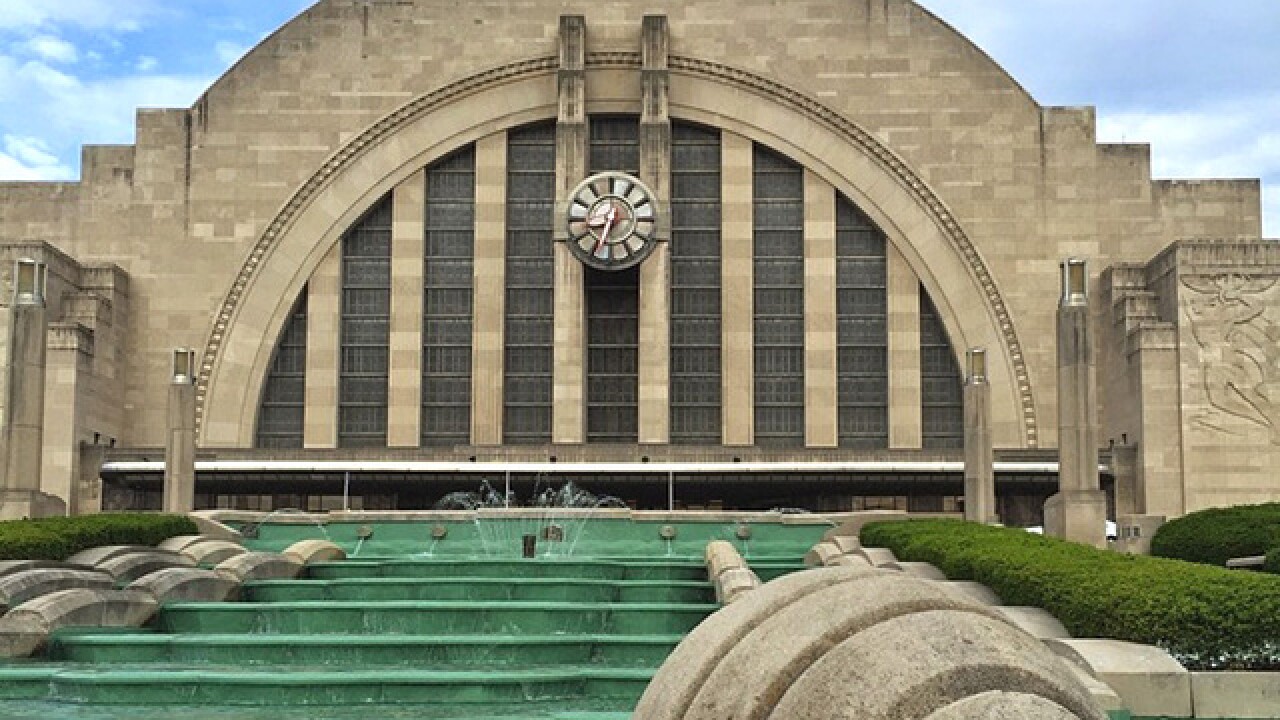 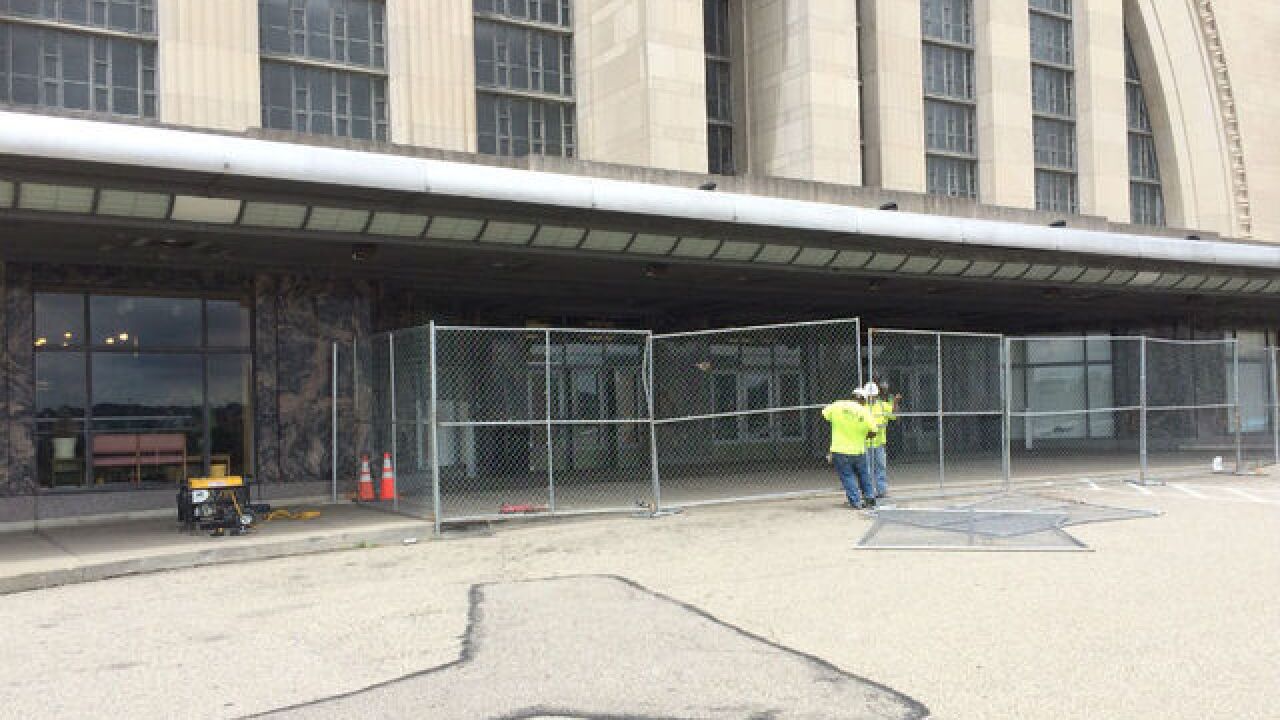 By: Staci Giordullo, WCPO contributor
Posted at 12:00 PM, Jul 13, 2016
CINCINNATI — There’s no denying the sense of awe you get when walking through the front door and into the grand rotunda of the Cincinnati Museum Center at Union Terminal. But visitors might find themselves a little less awestruck as construction begins on a temporary lobby that will block the view and access to the largest half-dome in the western hemisphere during the building’s $212.7 million renovation.
Temporary barriers now limit the public’s access to just the front of the ticket kiosk. Over the coming weeks, plans call for scaffolding, drywall and a roof to create a lobby within a lobby. Small window-type cutouts in the drywall will allow visitors to peek in at the rotunda, which will serve as a holding area for materials while also undergoing its own cleaning process and restoration. The temporary lobby should be complete — and the rotunda out of sight — by the end of August.

“The objective is to provide a safe, clean experience for the visitors,” said Dan Shapiro of GBBN Architects, the firm hired to handle the overall design of the renovation. “You’ll be in an enclosed room. But the space will be pretty large, and there will be thematic displays in the lobby.”
Steve Swisher, senior project manager for Turner Construction, said the temporary lobby would be constructed at night in order to minimize any inconveniences to visitors. There is a transition plan to get Amtrak patrons through the lobby until Amtrak relocates their operation to an exterior facility on the north side of the building, scheduled for September.
“It will be fairly simple, actually, to work on the rotunda,” Swisher said. “There was a lot of time and effort that went into the specific sizing of the temporary lobby.”
The Duke Energy Children’s Museum and the special exhibits gallery, located on the lower level, will remain open during the renovation and are accessible through the temporary lobby. The Cincinnati History Museum, the Museum of Natural History & Science and Omnimax Theater are closed for the duration of the refurbishment, which is scheduled for completion in November 2018.
Cody Hefner, spokesman for the Museum Center, said they’ve tailored the upcoming special exhibits toward an adult audience for visitors who might not be interested in the children’s museum. Tickets are on sale now for Da Vinci – The Genius, which runs through Oct. 9.
“We realize it cannot be business as usual, status quo, because this is a very serious project,” Hefner said. “There’s a lot of moving parts, and the building is going to look much different with sections closed off and pieces of equipment out front. It’s going to be a construction zone.”
On the building’s exterior, temporary fencing along the walkway directs visitors from the north parking lot to the front door. The parking lot on the south side of the building is closed to the public and now acts as a construction staging area. Scheduled to begin this fall is the dismantling of Union Terminal’s signature fountain in front of the building.
“That’s going to be dramatic,” Shapiro said. “The entire front plaza is a roof that sits on top of the museum. We’re going to remove everything you see – the paving, the fountains, the landscape and the sidewalks. We’re going to take it all up, redo the waterproofing and then put it all back.”
Swisher said the goal is to complete the fountain’s disassembly by spring. “There’s a lot of craftsmanship that goes into removing the parts and pieces and categorizing them,” he said. “To take the pieces apart, mark them, store them… it’s a pretty intense process.”
Copyright 2016 Scripps Media, Inc. All rights reserved. This material may not be published, broadcast, rewritten, or redistributed.