Cincinnati likely to see visits from Trump, Clinton and possibly both Obamas in the coming weeks 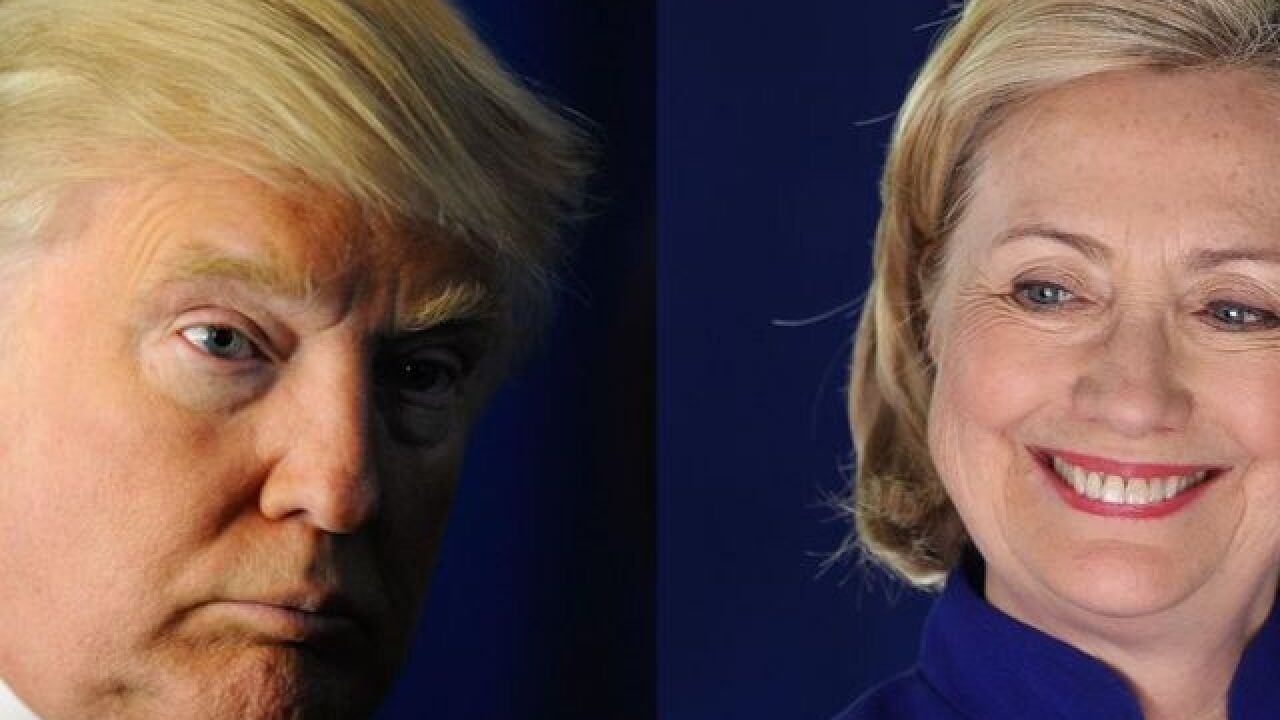 CINCINNATI — The Queen City may have lost its bid for the Republican National Convention, but presidential candidates will still likely visit here in the coming weeks.

The nation’s oldest and largest civil rights organization descends on the city from July 16 to 20 for its annual convention.

Not only is the National Association for the Advancement of Colored People’s meeting expected to draw 10,000 attendees, but also some high profile political visitors.

The NAACP has invited both presumptive presidential candidates — Donald Trump and Hillary Clinton — as well as President Barack Obama to speak in Cincinnati. Experts predict that all three will attend, as well as possibly first lady Michelle Obama.

“The NAACP convention will get a lot of attention. It is a presidential year and this is a swing state,” said Jared Kamrass, a principal at Rivertown Strategies.

Already this year Cincinnati has been a political hotspot for candidate visits, with the latest coming Monday as Mayor John Cranley hosts a private fundraiser for Clinton at his home.

“I would say Hamilton County is right in the middle of it," said Rob Richardson Sr., president of the Cincinnati chapter of the NAACP.

When the Queen City last hosted the NAACP convention, in 2008, both candidates — John McCain and Barack Obama — gave speeches. Richardson expects the same this year.

“I am pretty sure that at least two of them (Trump and Clinton) will be there,” Richardson said. “The African American vote is still important, and I can’t see either one of the presidential candidates not coming.”

When McCain spoke he was given a tepid, but respectful audience by a largely pro-Obama crowd. At the end of his speech, the crowd gave him a standing ovation.

If Trump speaks, Richardson expects the same respectful treatment. “People will respect him coming, just to hear what he has to say,” Richardson said.

Trump’s speech here — regardless of what he says — will make national news, Kamrass said.

Cranley was more blunt with his feelings about Trump.

"I would hope that, if Trump does come, that he comes to apologize for his racist comments. And not a fake apology but a real apology," Cranley said. "That would be a good forum for him to do it in.”

With a host of politicians likely to arrive within weeks, city leaders are deep into planning mode.

A working group of many city departments will meet biweekly starting next week and until the NAACP convention, said City Manager Harry Black.

“We have a tremendous amount of experience providing security, coordination and logistics for these type of mega-events. This will be treated no differently,” Black said.

Cincinnati will not send any police officers to Cleveland to help with the RNC, he said. “We want to make sure we have sufficient resources for our own event,” Black said.

He added that Cleveland wouldn’t pay for the officers’ time, or indemnify them, which would remove liability from potential damages.

Meanwhile the city is working with tourism officials to plan for the convention. “We intend to replicate and if possible make their experience even better than last time,” Black said.

Cranley is hosting a big mayor's reception on the opening Saturday evening of the convention with Ohio Rep. Alicia Reese. And Richardson is rounding up local NAACP members to volunteer and ensure the chapter has a big presence at the convention.

The Ohio Democratic Party will sponsor the Ohio Legislative Black Caucus State Convention, which will begin Friday before the NAACP convention starts. State Democratic chairman David Pepper said the party also will organize outside of the convention to connect with voters.

"I think the message of civil rights, voting rights and unity will be such a contrast from what we hear out of Donald Trump at the convention," Pepper said. "That contrast will be clear."

Will Democrats steal the limelight?

Democrats may try hard to steal some of the media attention away from the RNC in Cleveland, which overlaps with the NAACP convention. That could bring even more excitement to Cincinnati.

Because of Ohio’s strategic importance this election, Clinton may unveil her vice presidential running mate that week, likely in Ohio, and possibly at the NAACP convention, Kamrass said.

He also believes Obama and Michelle Obama could reveal their post-White House plans, and what issues they will focus on, if they speak here, Kamrass said.

But Obama will also encourage voter turnout — which is a big goal of the NAACP. The theme of this year's convention is, "Our lives matter, our votes count."

“We could be looking at potentially a significant drop-off in African American voters, with not having a black candidate on the ballot,” Kamrass said. “There will be a lot of efforts to ramp up enthusiasm for this election.”

Richardson couldn’t predict what voter turnout will be like in November.

“Historically we have not had the level of participation in the African American community that we should have, and we always strive to increase that,” Richardson said. “It’s challenging because people get discouraged and feel as if it won’t make a difference anyway.”

But having both Obamas at the convention in Cincinnati could be a big help, Kamrass said. “Even if he is not on ballot, his legacy and his policy are,” he said. “There’s only one messenger who can make that argument, and that’s the president himself.”