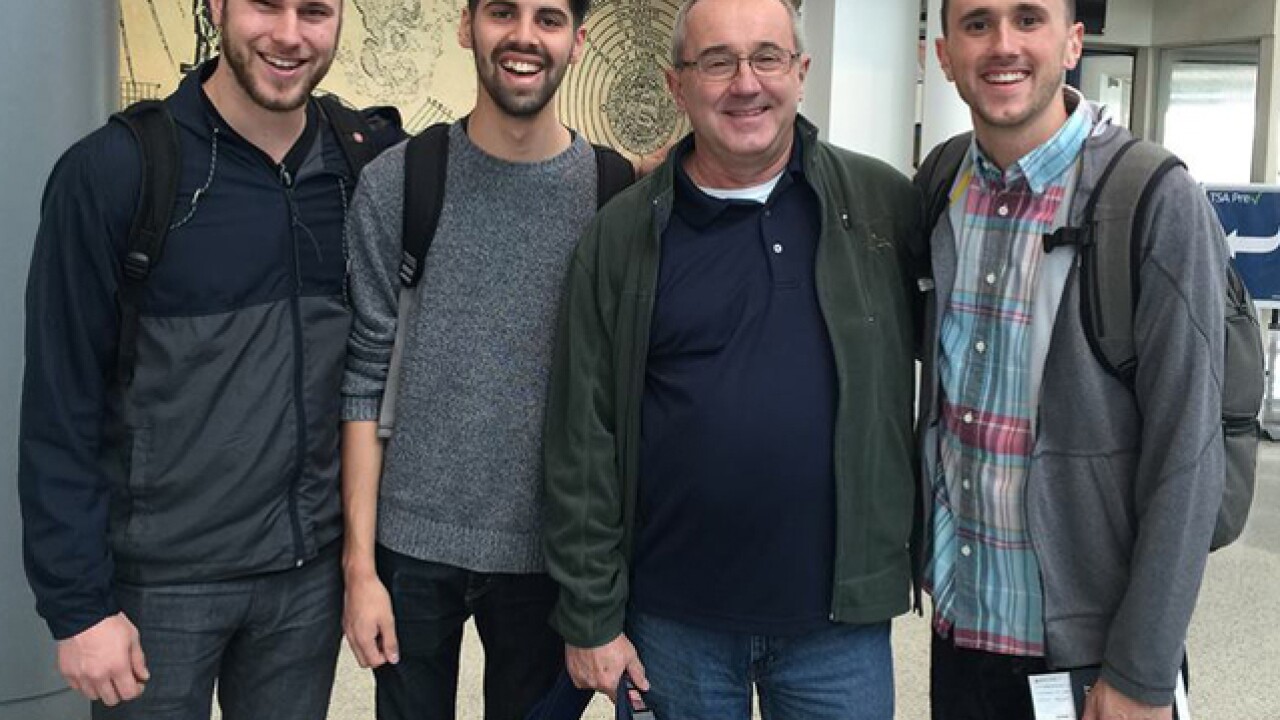 CINCINNATI -- When Christianity first got started, there were no church buildings. Believers met in each other's homes for prayer and worship, just as they do at Cincinnati House Group.

The name's a bit of a misnomer, because Cincinnati House Group is actually five separate groups that meet in private homes on Thursdays at 7 p.m. on Hanover Road in Forest Park, Chase Avenue in Northside and Sharondale Road in Blue Ash; and Friday evenings at 7 on Springdale Road in Colerain Township and Desert Springs Court in West Chester.

It's a ministry loosely overseen by Vineyard Church Northwest at 9165 Round Top Road in Colerain Township. The church pays the salaries of Luke Haselmayer and Wilson Cochrane, two friends who started House Group in 2013 and serve on its four-person senior leadership team.

House Group began when another friend asked them if they would study the Bible with him. They began meeting at Cochrane's parents' house in Colerain Township.

Before they knew it, eight young men were meeting weekly to read the Bible, sing worship songs and pray for one another. At that point, they say, they began to experience miracles just as believers did in Christianity's early days. Things like people being healed of pain during prayer.

Once they decided to let women join the group, it grew exponentially. Between the five groups, attendance now averages more than 100 a week, with most worshipers being millennials like Cochrane and Haselmayer.

They hope to start a group in Glendale before the end of this year, and another in Hyde Park in early 2018. Their goal is to spread groups across the city, with as many people as possible given the chance to become leaders.

One reason the group has grown is the founders' commitment to what they call "power evangelism," sharing the Christian message with strangers and praying with them.

That often involves them giving that person a message from God that the messenger believes is especially for that person. In 2016, they said, leaders of House Church approached about 4,500 people and asked them if they needed prayer and/or gave them a divinely inspired message.

House Group meetings also focus on listening for such messages.

A typical meeting starts with "God moments," an open forum in which worshippers share what God's been doing in their lives. That's followed by 15-30 minutes of singing, usually accompanied by acoustic guitars.

After that, the worshippers split into random groups of five or six, each with its own leader, and spend about 45 minutes in discussion-based Bible study. Then, they form bigger groups of 15 to 20 and spend more time in worship.

The evening concludes with a time of prayer and listening to God with lots of silence, like a Quaker worship service. If people believe God's saying something to them, they tell the small group and someone writes it down. When the entire group reconvenes, the notes are read aloud, and people have a chance to respond.

The main difference between House Group and the home fellowship groups popular with other churches is that House Group has a more outward focus, the founders said.

For example, breaking into random groups to study the Bible helps put newcomers on the same footing as old-timers. Also, leaders take the time to describe what's happening in a service and not use church words such as "prophesy" without explaining them.

House Group's ability to reach young adults has also benefited Vineyard Church Northwest, which put Haselmeyer on staff in spring 2014 and then hired Cochrane part time as well. Cochrane is the son of Van Cochrane, the church's senior pastor, who founded the church in 2001 with his wife, Laurie.

Vineyard Northwest gives House Church some leaders to whom they are accountable as well as providing the financial support that House Group needs, Haselmeyer and Cochrane said.

Van believes the church has at least 70 young adults who have come to the Vineyard directly through House Church, plus another 50 who are members of their families. The church averages about 650 worshippers at its weekend services, he said.

House Church also provides a training ground for the next generation of leaders at Vineyard Northwest, Van said, which is good because he's 66. "The last thing I want to do is turn around and suddenly, I'm 75, and everyone around me is 50 and older," he said.

The founders of House Group are only in their mid-20s, but they have also seen the need to step aside to make way for a younger generation of leaders for House Group.

Churches struggle to reach millennials for many reasons, Haselmayer said, but a big one is that someone far removed from their age is trying to lead them.

"We want to make Cincinnati a place where, if you are 18 to 25, it's really easy to stay connected with a thriving, passionate community of people who love Jesus," he said.