Cincinnati Fringe Festival is back, in all its weirdness and creative energy, with 200+ performances 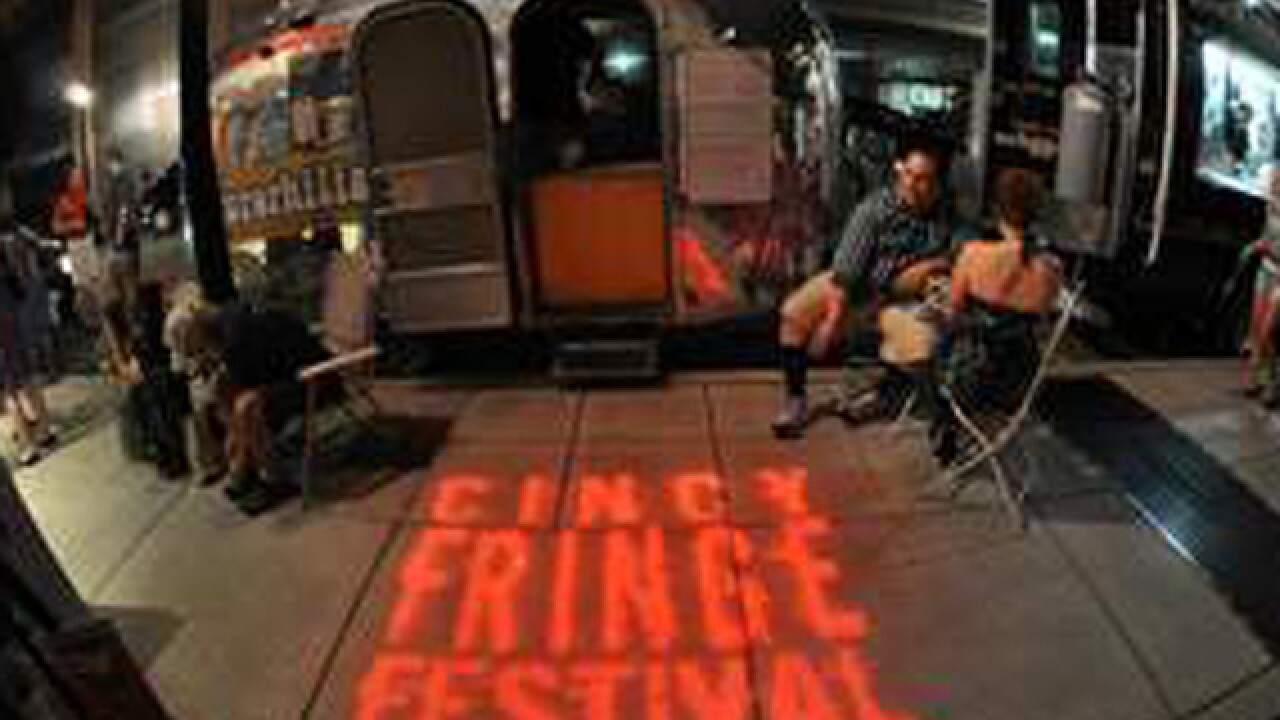 CINCINNATI -- Cincinnati Fringe Festival's tagline, "Kinda weird. Like you" has been a siren call for performers and audiences seeking a different kind of artistic experience since 2003.

Emulating the Edinburgh Fringe Festival, which began in 1947, Cincinnati Fringe offers a home for experimental theatrical expression and audience discovery unlike any other in Cincinnati.

"It has this magical power to attract people who never really thought they'd be into theater and dance and musicals," said Chris Wesselman, Cincy Fringe producer since 2014.

That's the point of Fringe. The festival, which is spread out in venues across Over-the-Rhine, features 50 productions from hugely varied artists who submit their work for consideration by the Cincinnati Fringe jury. Fringe includes more than 200 performances from May 30 to June 11.

The spectrum of experiences the 13-day festival showcases means there is truly something for everyone -- performers and audiences alike.

"Nine years ago, Pones created our first Fringe show. We rolled on the floor of the Know Theatre while eating fried chicken in provocative sexual poses and discussing the relationship woes of 20-somethings," said Kim Popa, executive director and co-founder of local dance troupe Pones Inc. "At that time, that seemed normal. Now, in retrospect, we realize we were incredibly fortunate to have a platform like the Fringe Festival to present this type of work."

Freedom for artistic expression pervades all of Fringe. Artists can stage a theatrical production that explores the relationship between the wives of Ernest Hemingway and F. Scott Fitzgerald ("Zelda and Hadley: Together At Last") or a production that uses dance to uncover the immigrant experience in Cincinnati ("Place/Setting from Pones, Inc."), and it's the same kind of freedom audiences can feel in experiencing the art.

"I love traditional theater, but this was something unique and fresh that I really don't think you can get anywhere else," said Bryan Evans, a relatively new Fringe Festival goer.

Evans saw his first show in 2014, encouraged by a friend, and was hooked. The next year, he saw 15 shows and, in 2016, 33 shows. This year, he plans on seeing 38 using the Full Frontal Pass, which grants access to every show.

"(The pass is) kind of like an all-you-can-eat buffet," he said. "You go to the buffet and you sample a whole bunch of things you wouldn't necessarily try otherwise because you wouldn't want to spend money specifically on that thing. But since it's all-inclusive, you say, 'I'll try that and maybe I'll like it and maybe I won't, but I'll know, and maybe I'll discover something new that I'll love kind of unexpectedly."

This year's festival sees a new addition to the usual roundup of theatrical, musical, dance, and storytelling presentations: street performances.

Local band Common Center kicks off the first performance of Fringe on the Streets, on the first night of Fringe, in the Gateway Garage, across from the Know Theatre, accompanied by light projections on the building by visual artist Scott Budd.

Aside from the artists who took Fringe up on the call for performances, Wesselman said, all street performers are welcome.

"There don't have to be organized events or approved sanctioned performances for street art to happen," said Wesselman. "There's that idea of the freedom to express yourself artistically by your own rules, at your leisure."

'These are arts adventurers'

Providing that space to find personal, tangible connections to art is the elusive golden goose all entertainment-based organizations continually seek to achieve. Knowing the audience, as Cincinnati Fringe does, means understanding its behavior and how best to cater to it in a way that doesn't sacrifice integrity on the part of the art or artists.

"These are arts adventurers," said Dan McCabe, owner of MOTR Pub and the Woodward Theater in Over-the-Rhine, and former executive producer (2008-13) of the MidPoint Music Festival. "(Fringe is) taking the arts and making it even more adventurous. The people who are interested in what Fringe has to offer are those who want to explore the arts in a cutting-edge way."

"(The festival is) congruent with OTR and with how people who go to OTR behave," said McCabe. "They behave by hopping all around to different places, so it's savvy to sync up with how visitors experience OTR, and that's multiple destinations. Fringe has done a good job maintaining that."

Wesselman welcomes this kind of Fringe sampling; Cincinnati Fringe Festival is dedicated to that realization and exploration.

"You have the Fringe version of that experience and you realize, 'Oh, wow, this is exactly like going to see my favorite band at MOTR Pub,' " said Wesselman. "It may not be the same genre, but in the way that you can go to a live concert and feel those emotions and feel those connections to the songs, to the sounds, to the music, you can find those same sorts of connections in the theatrical presentations."

Cincinnati Fringe Festival opens May 30 at the Know Theatre, and runs through June 10, with special encore performances on June 11.

For a schedule of shows, list of venues and ticket information, visit http://www.cincyfringe.com .