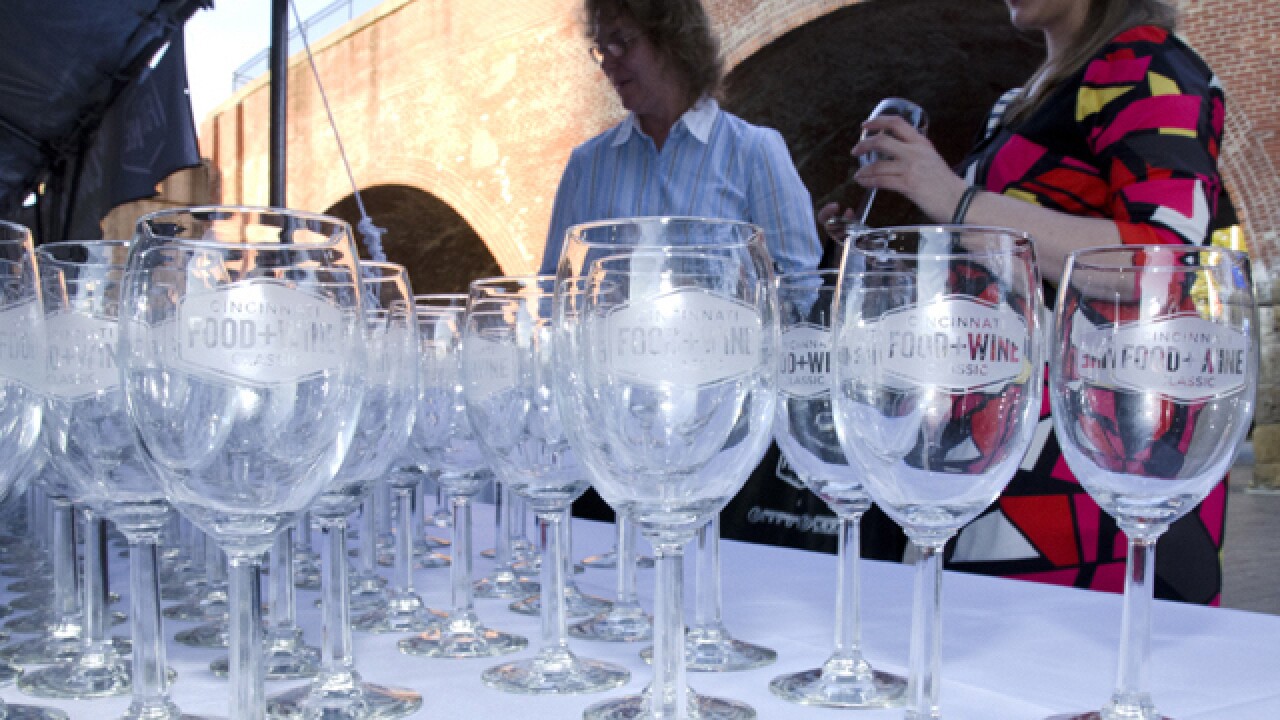 CINCINNATI -- The Cincinnati Food + Wine Classic returns to Yeatman's Cove on Sept. 22 for a celebration of food and drink showcasing local, regional and national culinary stars.

Now in its fourth year, CFWC will feature leading sommeliers, mixologists and nationally acclaimed food writers, along with top culinary talent from Cincinnati and other cities such as Pittsburgh; Louisville and Lexington, Kentucky; New York and San Francisco. This year's CFWC will span two days, one less than last year.

"We began as a two-day event and thought we'd give three days a try," said CFWC co-founder Donna Covrett. (Courtney Tsitouris, who co-founded CFWC in 2014 with Covrett to showcase Cincinnati's burgeoning food scene, resigned in January.) "But we have so many moving parts -- so many events within the event -- plus over 150 participating talent, we think it simply works better to distill the energy."

Based on last year's takeaways, Covrett said they are improving on the synergy between food and beverage, along with "creating more intimacy in the large footprint of Yeatman's Cove."

She is expecting a crowd of 3,500 to 4,000 this year and, as before, a portion of the proceeds will go toward the Corporation for Findlay Market and the Freestore Foodbank.

CFWC will offer multiple programming tracks, but these experiences will be ongoing.

There are essentially three parts to the Cincinnati Food + Wine Classic:

More than two dozen chefs will put their best grilled food forward in the Grill Invitational Competition. They will vie for the best dish award in two different categories: Judge's Choice and People's Choice. Last year's winner, Paul Barraco of 20 Brix, will return to defend his title. There will be plenty of wine, beer, desserts and live music to go with the grilled bites.

This daytime event emphasizes educational programming, with plenty of culinary demonstrations, conversations and even a sommelier competition. For the first time, three Procter & Gamble executives will go head to head in a cooking competition for the title of best chef.

This year's CFWC concludes with Saturday's Feast in the Park Grand Tasting. The grand finale will feature food from approximately 27 restaurants along with plenty of wine, beer, desserts and live music.

Want to be a VIP?

The all-inclusive VIP pass ($330) opens up additional exclusive experiences. Guests will have access to the VIP Lounge, where they can enjoy an open bar, wine tastings and cocktail demonstrations led by mixology stars such as Molly Wellmann.

Barraco of 20 Brix will defend his Grill Invitational championship with a vegetarian dish. He will prepare chilled tomato soup flavored with yuzu kosho and fresh herbs. Grilled-cheese custard, made in-house, will accompany the soup.

"It's a play on grilled cheese and tomato soup but with Asian flavors," he said.