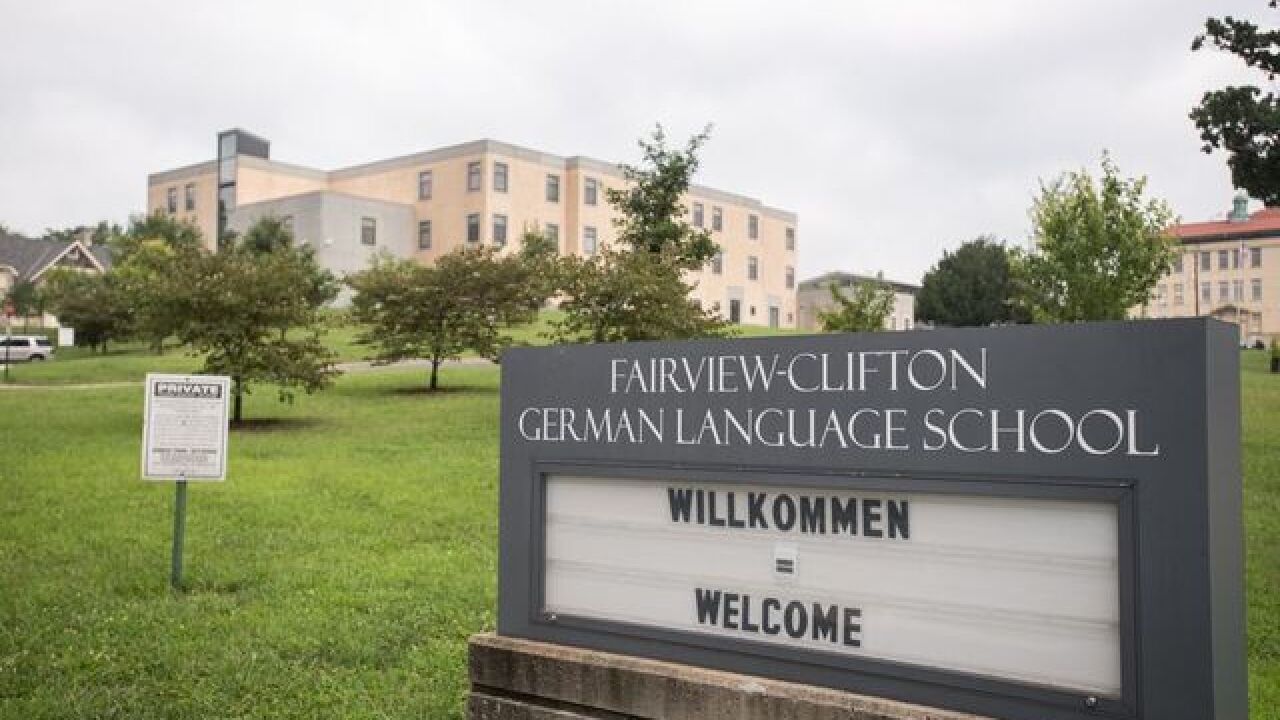 The change completes an overhaul of the enrollment process for popular schools like Fairview-Clifton German Language School that began in fall 2015 with Cincinnati Public Schools ending campouts in favor of an expanded general lottery for families throughout the district.

Board members set out to reform the system after some parents complained about the campouts being unfair to families who couldn't take off work or pay for childcare to secure a place in line for a first-come, first-served seat.

"I think the bottom line is wanting to move toward equitable access," Board President Ericka Copeland-Dansby said. "We believe that a straight lottery is the best choice."

The Targeted Neighborhood Lottery was in place to give students a potentially better choice instead of going to a school with an F rating from the state.

Copeland-Dansby pushed for the targeted lottery to remain in place to give more choices to families whose neighborhood school was under-performing. But a majority put faith in the expanded general lottery to help grant access and to new efforts to improve the performance of neighborhood schools.

"We've heard from our community and constituents that the No. 1 priority of the district should be strengthening our neighborhood schools," she said.

The school board also considered but ultimately rejected a plan that would have reserved spots at magnet schools for families who lived close to them.

Melanie Bates, vice president of the board, believes that reserving space for nearby families would have violated provisions of the Civil Rights Act that guarantee equal access to high-quality schools regardless of race. Clifton is predominantly white, so giving the neighborhood reserved seats at Fairview-Clifton could have been ruled as discriminatory, she said.

Who gets priority for magnet school preschool and kindergarten seats now?

• Students who live in the district who have a sibling in the selected school.

• Students who live in the district who don't have a sibling in the selected school.

• Students who have applied to open enroll into the district with a parent who is employed by the district.

• Students who have applied to open enroll into the district without a parent who is employed by the district.

The package of changes means families who live near Fairview-Clifton in Clifton have lost both extra options to land a spot at the school that may have influenced their move to the neighborhood.

Clifton residents' neighborhood school is Rockdale Academy in Avondale, which had ranked in the bottom six, making Clifton families eligible for the defunct targeted lottery.

Trey Morgan, a Clifton resident with a kindergartner at Fairview-Clifton, disagrees with eliminating the special options for people who choose to live near the school.

"Fairview was already a diverse school with diverse people," he said. "I think it was a reasonable compromise to have some camping and some lottery."

Morgan plans to keep his son enrolled at the school, but he thinks the school board failed to take the neighborhood's opinions to heart.

"It's not even about the quality of the school changing as much as it was the tin ear of the board that completely ignored the neighborhood around the school," he said.

Christine van der Bent, chairwoman of Fairview-Clifton's LSDMC oversight body, camped out for three nights seven years ago to get her oldest child into the school.

While not necessarily agreeing with the elimination of the campout and special lottery, she wants the school to remain diverse and thriving. Whether the elimination of campouts dampens the commitment of families to the school, who instead register for the lottery via computer, remains to be seen.

"I'm hopeful that we will be able to capture some really great people and their talent and their time and their support. We're going to engage and see how everyone can help out," she said.

Van der Bent is enthusiastic about Monisha House, the new principal, who she said is committed to connecting new students with all the necessary support services to help them succeed.