Cincinnati educators, administrators have new ways to deal with bullying 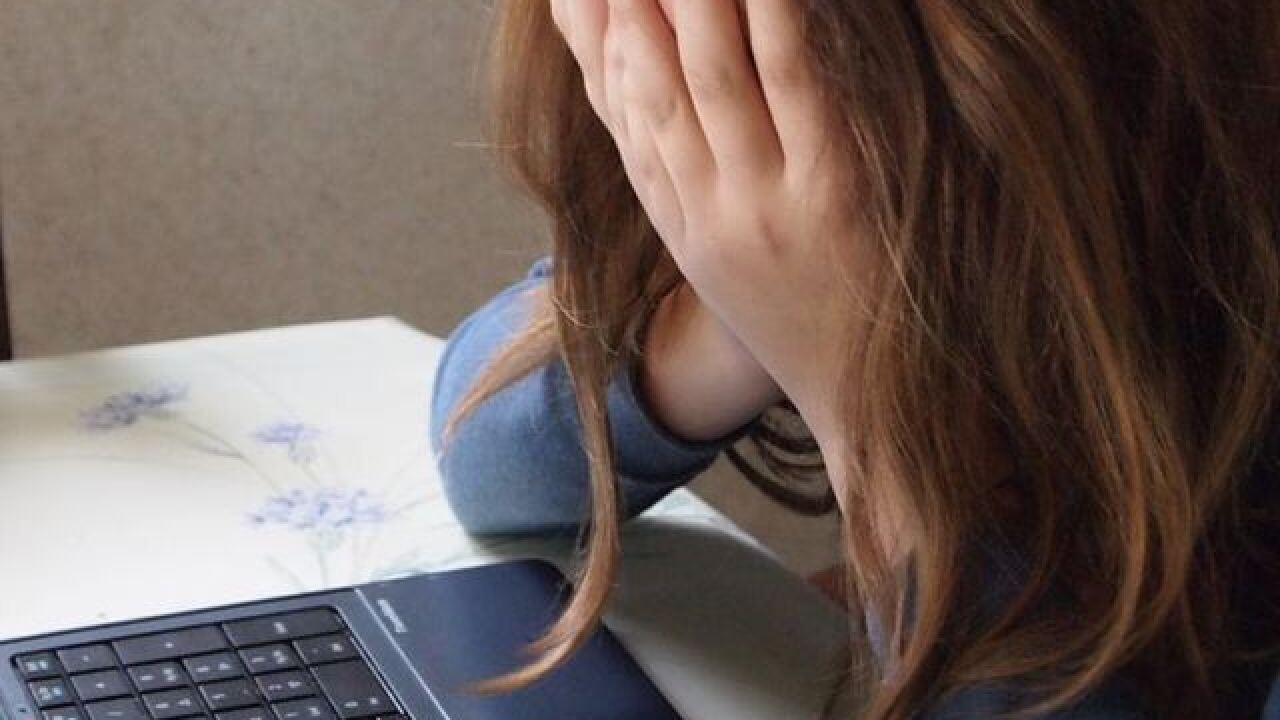 CINCINNATI -- From new technologies to dress code-violating fashions, educators have plenty of trends to keep up with. One trend that has evolved in recent years -- particularly in connection with changing technology -- is bullying.

“The thing that I’ve seen the biggest shift in is the cyberbullying,” said Bully-Proofing Youth founder Jim Bisenius.

Drawing on 20 years of experience as a child and adolescent therapist, Bisenius created Bully-Proofing Youth to teach students, school staff and parents how to deal with and prevent bullying.

In the past, targeted youths could find some relief from bullies when they went home at the end of the school day, he said. Because many young people today are connected via digital devices, that’s changed.

“It is pretty much whatever app that they can use that’s anonymous,” said Cathy Joefreda, guidance counselor for sixth through 12th grade in Wayne Local Schools.

Yik Yak until recently was one such app. Created in 2013, it allowed users to anonymously share messages with others in a 5-mile radius. The app, which now requires users to create profiles with user names, or “handles,” was banned in some schools after it was cited as a source of cyberbullying.

While anonymity can make it easier to get away with cyberbullying, the removal of face-to-face interaction in general minimizes the human aspect for social media users.

“I think the biggest thing is we -- because of our digital society -- it’s very easy to not think of a person as a person,” said Deona Bethart, ReDo coordinator for the Violence Free Coalition of Warren County.

ReDo Day is a program offered in junior high and high schools through the coalition. Through discussions, games and other activities, the program aims to help students see their similarities and make youths more aware of the challenges their peers face.

“Basically, I want these kids to realize they’re more alike than they are different,” Joefreda said.

The program has been implemented at Waynesville High School for the past four years as part of the school’s bullying prevention efforts.

“We do this because we believe that one of the ways that we can sort of put an end to bullying behavior … is to be authentic and to show them how to share their stories,” Bethart said.

Students aren’t the only pupils when it comes to the subject of bullying.

“While we can’t do that every year, what he provided is sustainable,” said Lauren Boettcher, executive director of media and community relations for Lakota.

When delivering his message to educators, Bisenius focuses on how to intervene without worsening a bullying situation. Because youths often continue their behaviors “under the radar,” if their bullying is detected, he discourages adults from drawing attention to the bullied student through confrontation.

“We’ve got to protect the ‘cool’ of the targeted kid,” he said.

He also teaches school employees how to identify bullies and victims, so they can plan classroom and bus seating accordingly. Recognizing the difference between bullying and peer conflict or mean behavior also are key bullying education factors for students, staff and parents.

“We look at if it’s a pattern,” said Gina Gentry-Fletcher, school and community relations director for the Fairfield City School District.

Based on the Ohio Revised Code, bullying is defined as “any intentional written, verbal, electronic or physical act that a student has exhibited toward another particular student more than once and the behavior both causes mental or physical harm to the other student and is sufficiently severe, persistent or pervasive that it creates an intimidating, threatening or abusive educational environment for the other student.”

The definition disqualifies one-time occurrences from being considered bullying, but some school officials still encourage students to report the incidents.

“If it’s a conflict, we don’t just sweep it under the rug,” Gentry-Fletcher said. “We work with the students on coming up with a resolution.”

In a digital age that makes cyberbullying easier, more resources also are available to fight the issue.

In addition to apps and software available to parents, many schools allow students to report bullying through their websites or the Ohio Department of Education's Safer Schools Ohio tip line.