Cincinnati doubles down on addressing climate change following U.S. withdrawal from Paris accord 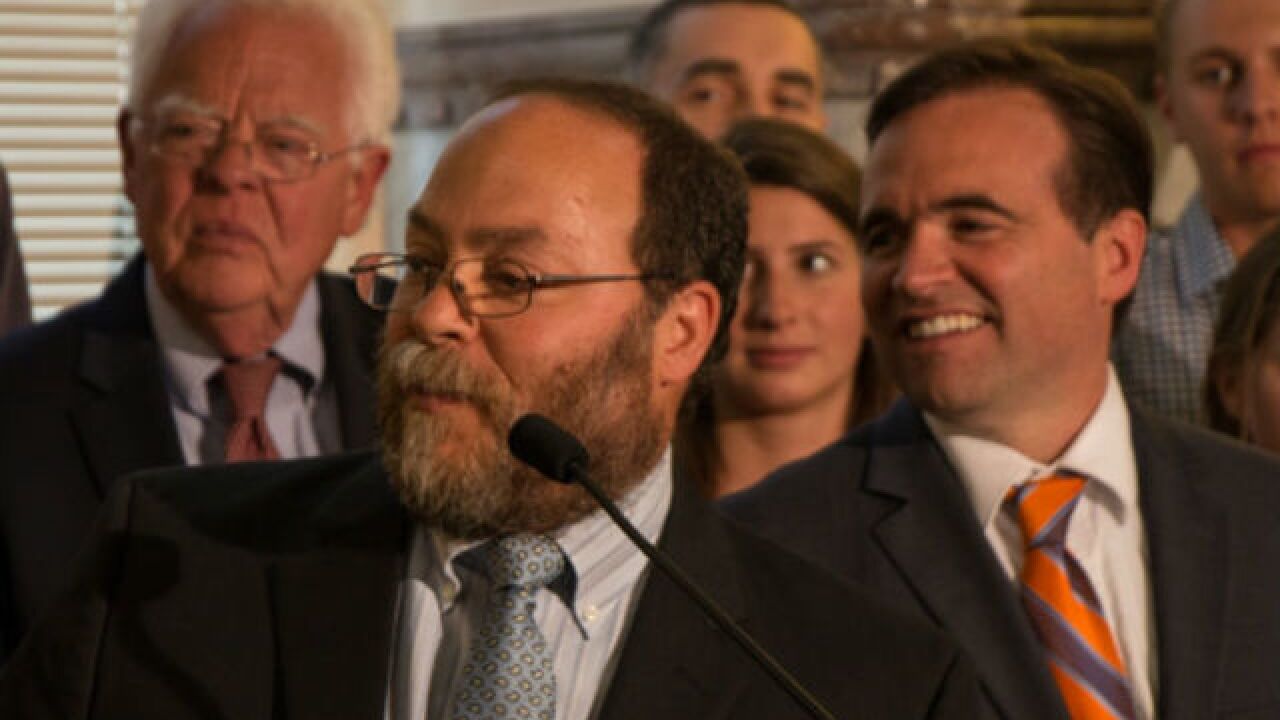 CINCINNATI -- In 2008, Cincinnati adopted an ambitious Climate Protection Action Plan -- now known as the Green Cincinnati Plan -- with a goal of reducing citywide greenhouse gas emissions by 80 percent by the year 2050.

While details of the plan have changed somewhat over the last nine years, Cincinnati continues to meet or exceed the original goals and remains on pace to meet the 2050 objective. Currently, citywide emissions are down 18 percent and city government emissions have shown a 36 percent reduction since 2008.

However, what could have been a major setback presented itself last month when it was announced at the federal level that the United States would withdrawal from the United Nations’ Paris climate agreement.

But the federal announcement appears to be something of a boon for Cincinnati and other city leaders worldwide who are taking this moment to recommit to the Compact of Mayors, the world’s largest coalition of city leaders addressing climate change.

“I strongly opposed (the withdrawal),” said Mayor John Cranley in a June 28 press conference. “We had a press conference at City Hall immediately about joining the mayors' alliance to keep the Paris Agreement going. We will stand up for a clean city and environment, regardless of what President (Donald) Trump does.”

Then, in a move that surprised many, Cranley announced that Cincinnati would commit to 100 percent renewable energy by 2035, laying out a vision for the largest city-owned solar array in Ohio.

“What this pledge says is that I, Mayor John Cranley, support a goal of 100 percent clean, renewable energy in my city and across the United States,” Cranley said. “I believe that the transition to 100 percent renewable energy is good for my city, for Cincinnati. It will make us stronger, healthier and more resilient. It will create jobs, businesses and opportunities. It will allow us to become a more equitable society where everyone has opportunities in a thriving local economy.”

In a council meeting directly following the press conference, the city referred a motion to update its five-year Green Cincinnati Plan for sustainability, transferring surplus funds from the mayor’s budget to cover the approximately $30,000 cost of updating that plan.

“When (Trump) unilaterally said ‘no more Paris accords,’ it was like a dagger to our souls,” said Vice Mayor David Mann. “The first thought I had was, what about my grandchildren? What kind of planet are we leaving them? What these initiatives say is we as human beings at the local level have ways to take actions to develop our own contribution to helping the survival of this planet.”

Lawmakers from more than 200 cities and a dozen states have pledged in similar fashion to remain committed to the Paris climate deal despite federal plans for withdrawal. The June 28 press conference at City Hall was attended by sustainability groups like Sierra Club and Keep Cincinnati Beautiful as well as nonpartisan groups that included the Archdiocese of Cincinnati and Miami University.

“It really just goes to show that the sustainability of our communities and our planet, the world we’re going to pass on to our children and grandchildren, they should be bigger than politics,” said city councilman P.G. Sittenfeld.

Larry Falkin, who heads up the city of Cincinnati’s Office of Environment and Sustainability, acknowledged that the city has a lot of work to do toward achieving the 2035 clean energy goal.

One major initial task will be reserving 100-plus acres of land at Lunken Airfield and other sites to construct the solar arrays designed to divert water from carbon dioxide and coal sources. But Falkin said Cincinnati is hardly starting from scratch in these efforts.

“Cincinnati already has solar panels on the roofs of 24 of our city buildings, so doing solar is not new for us,” Falkin said, adding that for many years, the cost of solar installation made it an unlikely solution for reducing carbon dioxide emissions.

But with those costs decreasing in recent years, Falkin's office was able to make the numbers work and agree to the mayor’s proposed plan.