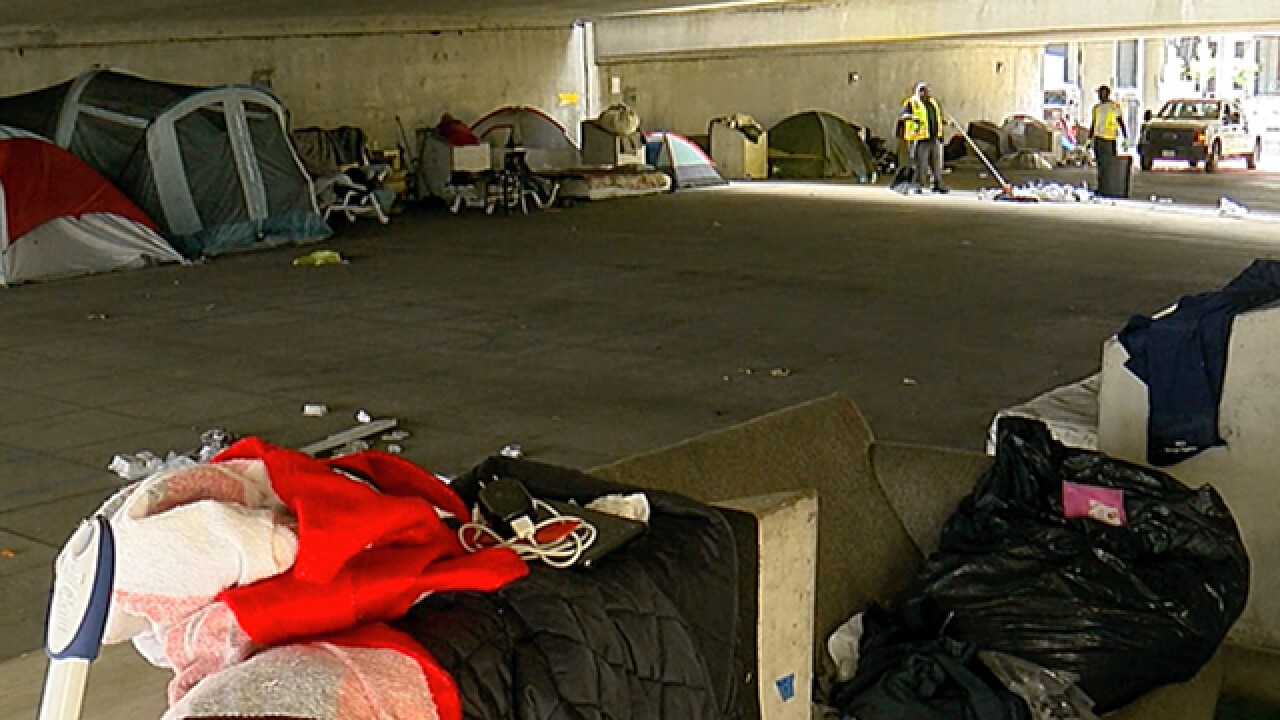 CINCINNATI -- A local CEO has offered to use his company’s trucks to move residents of the tent city near Third and Plum streets to a new location east of Downtown.

Aaron Bludworth, CEO of Cincinnati-based Fern , has contacted Maslow’s Army and offered to work with the advocacy group to coordinate the move using the trucks that the marketing and tradeshow services company owns.

RELATED: This CEO sees poverty through a different lens

“It’s simply the right thing to do,” Bludworth told WCPO. “Why wouldn’t we, if we can?”

Bludworth contacted Maslow’s Army after a 9 On Your Side story in which Maslow’s Army President and Co-Founder Samuel Landis asked the community for help moving the residents and their belongings from the area near Third and Plum streets.

Landis said about 20 people will be moving into the new camp location, which Landis said Acting City Manager Patrick Duhaney has approved. Landis has declined to reveal the exact whereabouts of the new site.

Landis called on the community to donate money to rent trucks for the move.

He told WCPO that people donated more than $200 for that purpose.

If Bludworth and Maslow’s Army are able to work out the details to use Fern’s trucks instead, Landis said his organization hopes to use that money to purchase cleaning supplies and new sheets. Those items would help the people staying at the tent city clean up the area near Third and Plum streets and also would help them keep their new location cleaner, he said.

Maslow’s Army could use donations of more cleaning supplies and sheets as well as push brooms, Landis said. And the organization is working to help the residents of the tent city launder their clothes and blankets in the coming weeks, Maslow’s Army Co-Founder Susan Landis said.

Bludworth said he and the Landises would try to work out details Monday. Samuel Landis said the homeless people who have been staying at the tent city hope to move Tuesday -- a day earlier than the city’s new deadline for the area to be cleared.

“I think we will make it happen,” Bludworth told WCPO. “I’m certainly going to do all I can to make sure we help.”

More information about Maslow's Army , including how to donate to the organization, is available online .