ArtsWave incentives are having an impact
Posted: 7:00 AM, Oct 05, 2017
By: Hillary Copsey | WCPO contributor 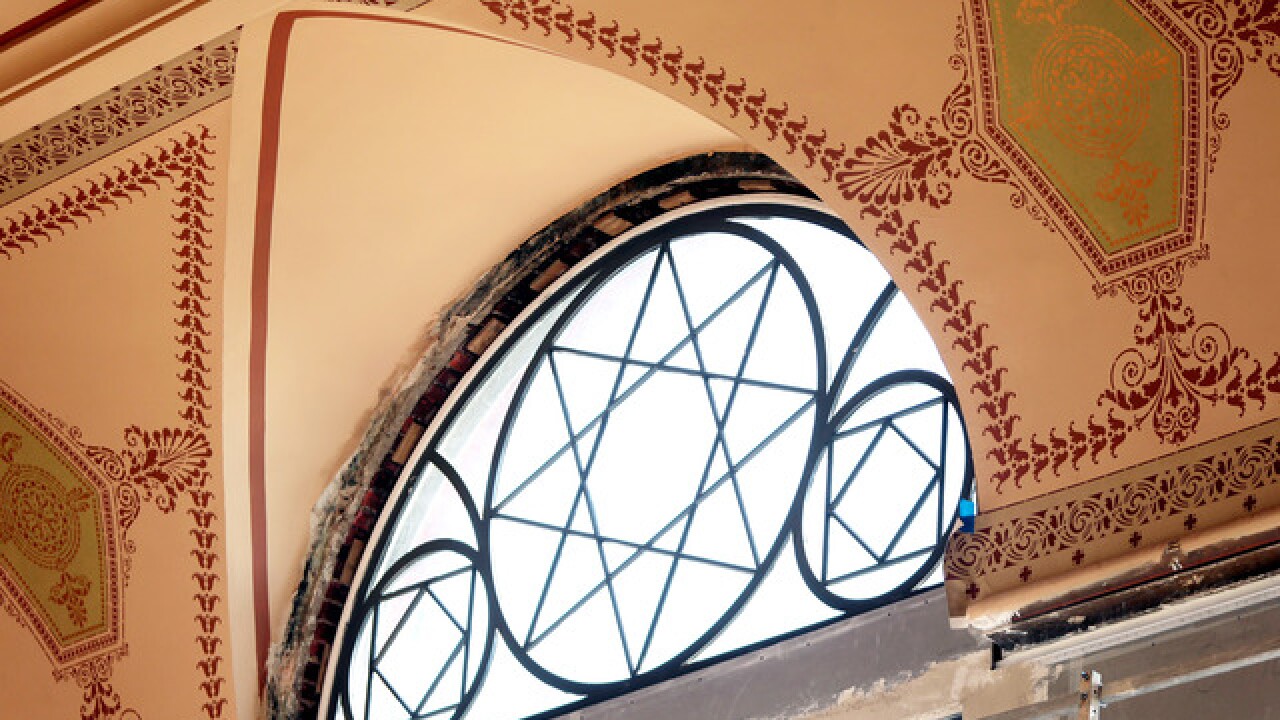 Copyright 2017 Scripps Media, Inc. All rights reserved. This material may not be published, broadcast, rewritten, or redistributed.
WCPO | file
<p>Music Hall's renovation will open up the massive structure to more light and will be more welcoming to the community looking in from the outside.</p>

Cincinnati Shakespeare Company designed its new theater so anyone standing in Washington Park could catch sneak peeks of shows through the glass-walled, second-floor rehearsal space. A balcony is ready for al fresco sidewalk performances.

Just down Vine Street, Ensemble Theatre Cincinnati connected its three buildings and made it easier for all patrons to get in and around the theater.

Down Walnut Street, the Contemporary Arts Center re-imagined its lobby as a public plaza -- and the space almost always is buzzing with people.

Meanwhile, up in Mount Adams, Cincinnati Art Museum is about to unveil a transformed Schmidlapp Gallery intended to be a "living room" for the city.

ArtsWave has based its grant awards on measurable community impact since 2010. In 2015, the organization unveiled a 10-year strategic plan that outlined five key areas where arts organizations could benefit the region, among them enlivening neighborhoods, bridging cultural divides and deepening roots in the region.

Arts organizations that receive operating support grants from ArtsWave -- which include the Cincinnati Symphony Orchestra, the CAC, Cincinnati Art Museum, and Cincinnati Shakespeare Company -- have to show how they are making an impact in these areas.

"There's also an embrace of it. Arts organizations are saying, 'We're willing to do this not only because of funding, but because it's the right thing to do,' " said ArtsWave CEO Alecia Kintner.

Music Hall can feel like a fortress, albeit a beautiful one, on the edge of Washington Park. Between its imposing facade and the art that happens inside -- classical music, opera, ballet -- people might feel intimidated. What do they wear when they go? Will they like the performance? Will they understand it? Will they be able to get around in such an old building?

In thinking through the renovation, 3CDC and the arts organizations tried to build in design elements that alleviate these concerns. That's why they opened the building up to the park as much as possible.

"There are people who might think, 'Music Hall is not for me,' but that's not true," said Meghan Berneking, CSO communications director. "When we create a space that's visually open, it makes Music Hall more inviting."

Transparency is the same concept Cincy Shakes is using with its fishbowl lobby and rehearsal space, and Cincinnati Museum Center is using a variation of this principle in renovating Union Terminal. Classrooms, once tucked away in the massive building, will be integrated throughout the museum center when it reopens next year. People won't be able to walk through an exhibit without seeing into a classroom space.

"They'll see things going on that show how the museum is woven into the fabric of the community," said project architect Nick Cates.

Inviting the community in and making people feel comfortable immediately were the goals of the lobby renovation the CAC underwent several years ago. The museum's building, designed by famed architect Zaha Hadid, is iconic, but Hadid's vision of bringing the concrete streetscape into the building and with it the energy of the city wasn't working, said CAC executive director Raphaela Platow. Visitors didn't know where to go; no one wanted to spend time in the lobby.

"The space was not comfortable or welcoming," Platow said. "It was a very austere space of concrete, glass and steel."

The renovation gave the museum space to exhibit art -- on the ceilings and walls -- and provides ample space to wander and sit. And while there is a restaurant in the lobby, anyone is welcome, even without purchasing anything.

It worked. People use the CAC lobby at all hours. And Platow said the influx of people has informed the museum's programming. Seeing more teens lingering after school, the CAC has begun offering teen art workshops.

Cincinnati Art Museum also wants people to use it as a community gathering place. The $2.3 million renovation of the Schmidlapp Gallery is changing the space between the entrance and the Great Hall into an airy, window-lined space filled with comfortable furniture and natural light. The Jacob G. Schmidlapp Trusts provided a $1 million grant for the project.

"So many aspects of that project are about taking down walls," said Kintner.

"It's a good metaphor for the entirety of the change that's happening at the museum."

In the last year, the museum has increased its evening hours, ended parking fees and approved a strategic plan that calls for increased community impact and outreach.

And although the largest arts organizations might have the most visible projects, smaller arts organizations have been laying down roots in communities across Greater Cincinnati. Price Hill Will and MYCincinnati revived the Warsaw Avenue Firehouse in Price Hill, Bi-Okoto, an African arts organization, has opened a studio in Pleasant Ridge, and the Kennedy Heights Arts Center expanded into an annex.

"We've got these incredibly grand and shining new objects downtown," Kintner said, "but we also have arts being more embedded and accessible in neighborhoods across the region."