Cincinnati and Hamilton Co. see global warming as a real thing -- and are doing something about it

Revised Green Cincinnati Plan is in the works 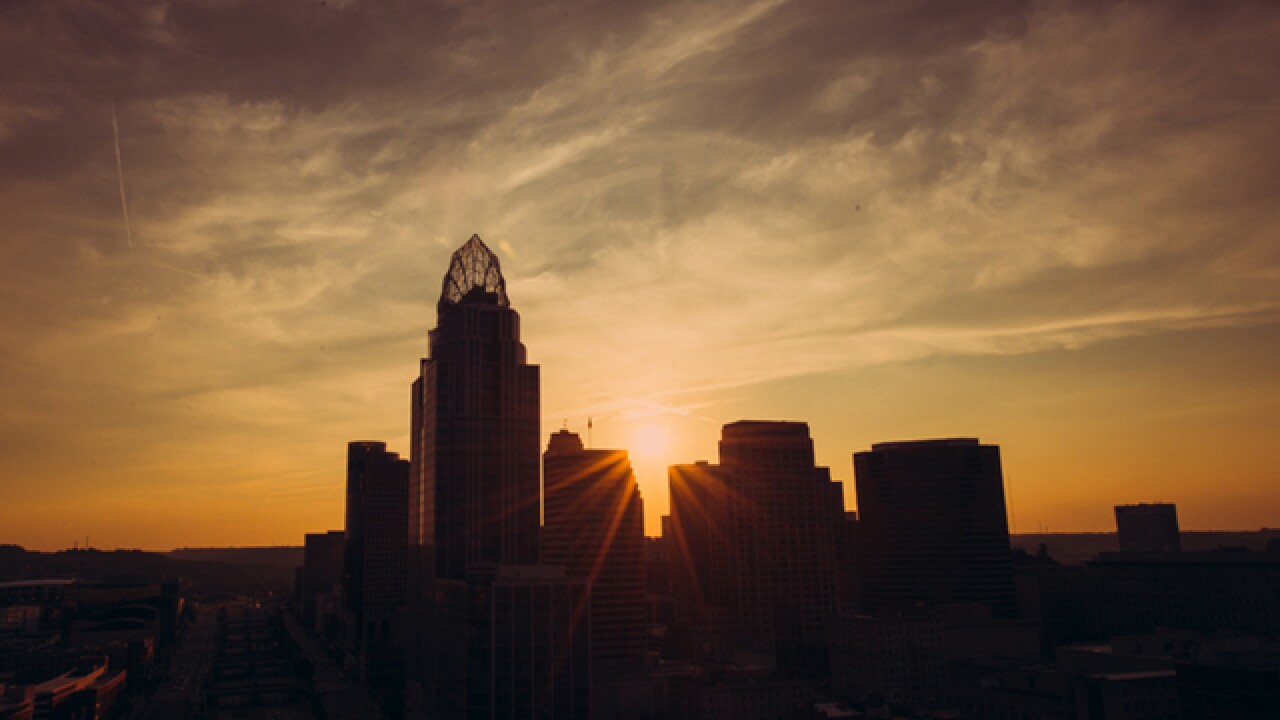 Copyright 2018 Scripps Media, Inc. All rights reserved. This material may not be published, broadcast, rewritten, or redistributed.
WCPO | file

CINCINNATI -- In national news, there hasn't been much lately for those concerned about the environment to cheer about. The Trump administration appears determined to roll back regulations on coal-fired power plants, offshore oil drilling and coal mining.

Locally, however, the city of Cincinnati and Hamilton County government are treating global warming as a real thing -- a thing they can do something about.

With input from Hamilton County government, Cincinnati is updating the Green Cincinnati Plan, a set of recommendations for addressing global climate change and for powering the city with 100 percent renewable energy.

The city is paying local nonprofit Green Umbrella, a regional sustainability alliance, $25,000 from the mayor's budget to help update the plan, Green Umbrella executive director Kristin Weiss said. That money will pay for benchmarking research of peer cities and their sustainability plans, technical writing and research for Cincinnati's plan update, a facilitator to lead public input meetings, as well as graphic design and a small print run of the plan.

The eight teams updating the plan have so far held three public input meetings apiece, she said, and in February, there will be another round of presentations to groups typically under-represented in the plan revision process, Weiss said.

In addition to recommendations from the public, Green Umbrella has pulled together some of its own from a 2017 study it did of similar sustainability efforts in 15 of Cincinnati's peer cities. From that study, Green Umbrella created an "idea bank" of 1,300 ideas from those cities, including one that seems timely this time of year, using less harmful treatments for winter road conditions.

The update steering committee hopes to bring the revised Green Cincinnati Plan to city council for approval in April, according to the city's Office of Environment and Sustainability.

According to the Office, the revised plan will likely see more than 70 recommendations, grouped into eight topic areas. Among the areas with the biggest impact would be:

The revised plan is also expected to renew Mayor John Cranley's call for creation of a 25-megawatt solar array, a first step to fulfill his vision of having the city use 100 percent renewable energy by 2035.

The solar array would cover 125-150 acres of land, and would be the largest solar array in Ohio or any adjacent state.

As with many of the initiatives recommended in the Green Cincinnati Plan, the solar array would help the city reduce its greenhouse gas emissions, those chemicals created by burning fossil fuels that trap sunlight and cause the air to heat up.

When it was created in 2008, the plan called for the city to reduce its greenhouse gas emissions by about 2 percent every year, a goal that was reaffirmed when the council readopted the plan in 2013.

In May 2017, the city did an inventory of its greenhouse gas emissions, something it hadn't done since the plan was first adopted.

That inventory looked at 2015 emissions, the most recent year for which figures were available. It found that since 2006, emissions produced by city government and by city residents and businesses had fallen 18 percent, within the 2 percent goal for annual reductions. City residents and businesses account for about 96 percent of the city's greenhouse gas production, with city government accounting for the rest.

The city government did its part by making streetlights more energy-efficient, by installing solar panels on some city facilities, and other energy-saving measures. But its biggest reduction by far came from improvements at its wastewater and water-treatment facilities, which dropped emissions from 300,000 tons to 179,000 tons, a cut of about 41 percent.

Residents and businesses did their part by using less energy, spurred by incentives for commercial energy upgrades offered by Duke Energy, as well as the de-carbonization of electric power. Burning coal produced 86 percent of the region's energy in 2006, but by 2015 that had fallen to 59 percent. Cleaner-burning natural gas, on the other hand, created 2 percent of the region's energy in 2006 and 23 percent in 2015.

In spite of improvements in fuel efficiency, emissions from vehicles went up from 2.25 million in 2006 to 2.4 million in 2015, an increase of 6 percent.

And while this is probably not the ideal way to reduce your greenhouse gas emissions, there's no question that all other things being equal, having fewer residents equals less energy use and a smaller carbon footprint. The city's population fell by about 10 percent from 2006 to 2015.

Some of those residents probably moved to Hamilton County, taking their carbon footprint with them. So it's hard to see how the region as a whole gained.

Hamilton County government set the same 2 percent annual reduction goal as the city did in 2006, said Holly Christmann, director of the Department of Environmental Services. But it has not done an inventory of greenhouse gases since then, she said, so the department doesn't know if it's attaining that goal.

"We've done a lot of things that we're very proud of," she said.

Her department plans to create a sustainability plan for county government that it hopes to present to the county commissioners for approval in late April or May.