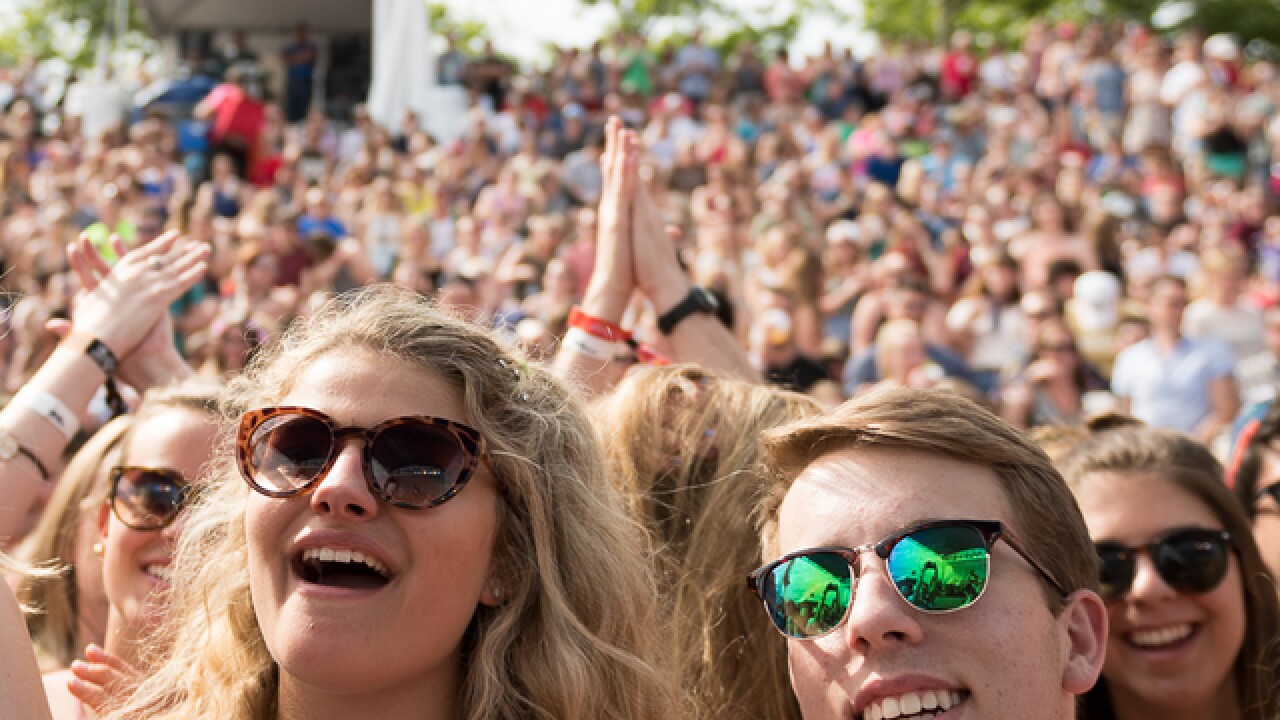 CINCINNATI -- Why was the Bunbury Music Festival forced to pay tens of thousands of dollars in taxes to the city of Cincinnati, while other music festivals were asked to pay nothing?

That question is at the heart of a federal lawsuit accusing the city treasurer’s office of selectively choosing which concerts and performances are required to pay the city’s 3 percent admission tax.

If successful, this case could erase the city’s admission tax altogether – which added more than $6.5 million to the city’s coffers this year – and expose the city to losing millions in future tax revenue.

“If they win, there are not just implications for (Bunbury),” said Stephanie Hunter McMahon, a University of Cincinnati law professor who reviewed the case. “If it is not being applied fairly, it would cancel out the entire statute so no one would pay admission tax … that could be a huge hit for the city’s budget.”

Bill Donabedian, who founded the festivals before selling them to PromoWest Productions in late 2014, said Bunbury and Buckle Up were unfairly targeted by the city. He paid more than $98,000 in admission tax “under protest,” in 2013 and 2014, according to the lawsuit.

But the city believes any for-profit event that sells tickets or charges admission must pay the tax.

“Plaintiffs’ decision to host the festivals without reserved seating does not exempt (them) from the admissions tax because ‘admission’ … includes seats, chairs, tables and benches ‘reserved or otherwise,’” according to court documents.

“If you had a small bar, a neighborhood bar that brings in a band and gets five people to walk through door…they may have to pay the 3 percent tax,” McMahon said.

In some cases, the city does use social media sites to find out about events that might be subject to the tax. That approach, along with more and bigger events taking place in Cincinnati, has helped to drive up admission tax collections in recent years, a city spokesman said.

Other cities use that technique, too. Columbus doesn’t charge an admissions tax. But Cleveland operates much like Cincinnati. The city collects an 8 percent tax on any event – from bands playing at local bars to festivals – that charges an admission.

Cleveland city employees also scour newspapers, social media and websites, such as Eventbrite, to make sure they’re collecting a tax, a spokesman for the Cleveland mayor’s office said.

“Treasury has always gathered information on eligible events through the media and this includes social media,” said Cincinnati city spokesman Rocky Merz. “Often organizers, especially of new or one-time events, may not be aware of this requirement.”

‘Everyone would start challenging it.’

With popular headliners such as Jane’s Addiction, Weezer and Death Cab for Cutie, it drew a stunning crowd of 50,000 people over three days to Sawyer Point and Yeatman’s Cove, where the festival has been held ever since.

Yet despite it’s huge attendance, the city did not ask Bunbury to pay admission tax in 2012, according to the lawsuit.

A year later, in June 2013, as Donobedian was preparing to host the second Bunbury festival, he got an email from the city treasurer’s office. He would be required to charge patrons a 3 percent admission tax.

Donobedian, who is also the former Fountain Square managing director, tried to plead his case to the city. But the city wouldn’t budge and Donobedian wrote a check for $42,128, “under protest,” according to the lawsuit.

Donobedian requested a hearing on “this unlawful admissions tax,” but it was never granted. He also met with city leaders but could not convince them that the admission tax was unfair, according to the lawsuit.

“In 2014, Bunbury Festival was struggling and Buckle Up sales were sluggish,” the lawsuit states.

PromoWest owns several concert venues in Pittsburgh and Columbus and has been trying for three years to open a concert venue in Cincinnati.

After a year-long hiatus, PromoWest announced last summer that it had canceled the Buckle Up festival.

Meanwhile Bunbury is gearing up for its fifth music festival beginning Friday, and expects 45,000 people over the three-day event.

Bunbury’s new owner is not part of the federal lawsuit and PromoWest CEO Scott Stienecker said the music festival pays admission tax to the city.

The lawsuit claims the MidPoint Music Festival never paid admission tax through 2015. But federal regulations don’t allow the city to reveal who pays tax and who doesn’t, Merz said.

The tax is now a non-issue for the long-running MidPoint festival, which originated with bands being hosted by local bars, theaters and music venues in Over-the-Rhine.

Music and Event Management Inc. (MEMI), a subsidiary of the Cincinnati Symphony Orchestra, bought the festival from Cincinnati CityBeat in 2016. Since MEMI is a nonprofit, the city exempts it from admission tax.

Meanwhile other smaller music venues are being targeted by the city to pay the tax.

“They were very aggressive pursuing collection of admission tax when we first opened,” said Dan McCabe, who owns The Woodward Theater, a century-old OTR venue that reopened in late 2014 after extensive renovation.

Although the Woodward does not offer specific seating, the city still collects a tax per ticket sold, McCabe said.

“But I know that is not always the case and (it) creates an uneven playing field for businesses like mine,” McCabe said in an email to WCPO.

In the meantime McMahon, the law professor, believes the city should rewrite its municipal code with a threshold of who pays admission tax -- such as events that sell more than 100 tickets.

“There needs to be a definition of when this will apply,” McMahon said.

U.S. District Judge Michael Barrett agreed that a true dispute exists in whether the city “selectively enforced” the tax. He declined to dismiss the lawsuit in February.

Now the case is moving toward trial -- or settlement.

“I would be surprised if this didn’t settle,” McMahon said. “I would suggest it.”

What could happen if Donobedian wins in court?

“Everybody would start challenging it,” McMahon said. “Everyone who pays admission tax has the same claim.”