From many, one: Christian churches put aside differences to aid community as City Servants 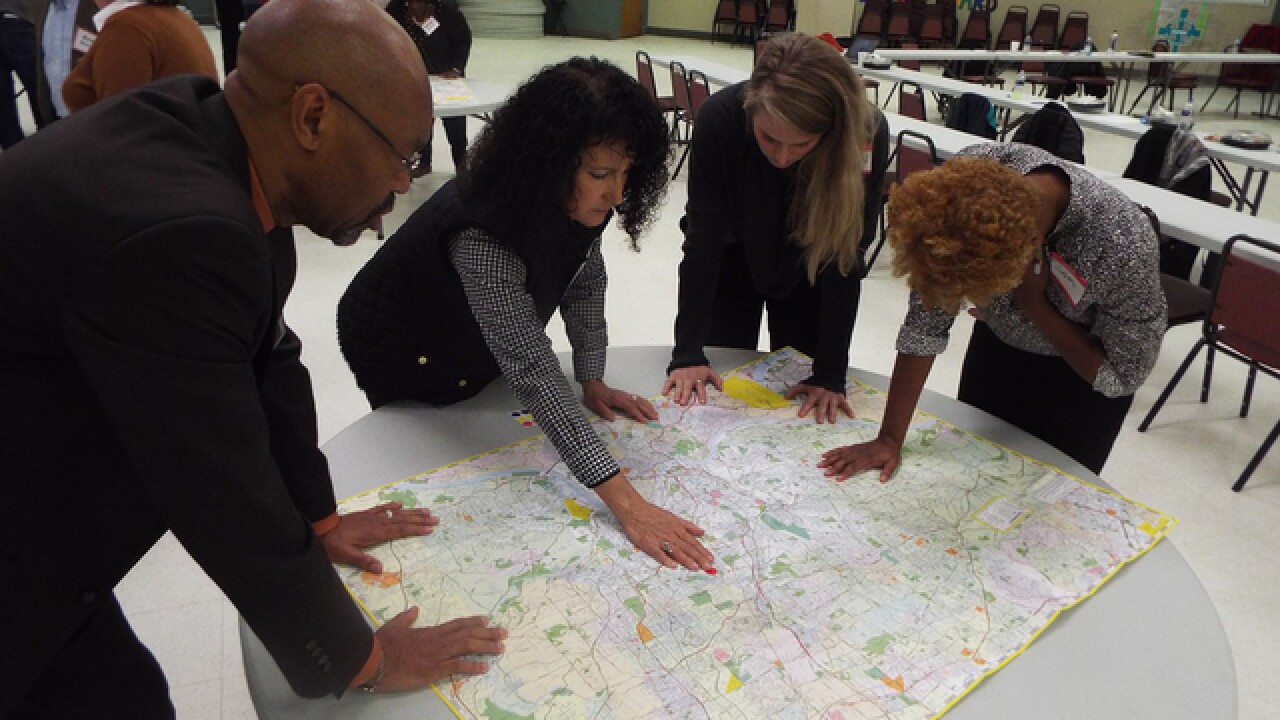 CINCINNATI -- It's obvious to even casual observers of religion in the Tri-State that Christianity comes in many different flavors. There are Roman Catholics, Baptists, nondenominational churches, Pentecostals and Methodists, just to name a few.

They all seem to have their own agendas, but what if they were to put those church-specific plans aside, disregard their theological differences and work together to solve some of the region's problems?

That's what the organizers of the first Unify Cincy luncheon want to see happen. They are a group of about two dozen local Christians who call themselves City Servants and who meet monthly to talk about big issues that face the region.

Earlier this month, they paid nearly $10,000 from their own pockets to run full-page ads in the Cincinnati Enquirer and the Cincinnati Herald asking locals to sign what they call a unity letter.

The ad said that they were encouraged by "the growing commitment to one another" they are seeing in the region across racial, ethnic and denominational lines. "We are eager to work together so followers of Jesus can truly be a source of hope and promise in our city," it said.

"We cannot accomplish what God desires for this city, nation and world unless we model the love of Christ and work together on a much deeper level of unity and commitment to the lordship of Christ," it concludes.

It's the same covenant that members of City Servants agree to when they become part of that group.

At the first Unify Cincy lunch on Nov. 15, Erwin Goedicke, a member of City Servants and pastor of North Church in Northside said that 187 people had signed the letter, which can be done online . Signers include Brian Tome, senior pastor of Crossroads, the region's largest church.

The website also links signers to groups they can work with and "make an immediate impact." Those include:

The 30 or so attendees at the luncheon heard more about Coalition of Care and two other groups, Greater Cincinnati Urban Young Life and Whole Again, all of which work with children.

Chris Coombs, executive director of Coalition of Care, talked about how the Bible talks about God's concern for orphans. The modern-day equivalent is children in foster care, he said, 2,000 of which live in Hamilton County alone. His group helps get churches involved, even in simple things like providing a crib that can keep a child out of foster care.

Gregory Chandler Sr., pastor of World Outreach Christian Church and founder of Whole Again , talked about his group's work partnering with churches to feed children breakfast and lunch during summer, when school's out. The organization's primarily him and his wife, he said, and they're looking for more volunteer help and funding.

Jerry Culbreath, pastor of Tryed Stone New Beginning Church in Bond Hill, where the lunch was held, said he hoped attendees would hear something during the presentations that would prompt them to get involved.

He told the attendees he hoped that the biannual luncheons would become a venue where people who feel passionately about the region's problems can get together and hear what others are doing about those problems. Then, he said, they can build smaller groups that can continue to work on those problems.

Christian churches are too often absent in discussions about the most important issues that face the region, issues like racism and child poverty, said Chris Beard, a member of City Servants and the pastor of Peoples Church .

The good news about Christ is supposed to change people's lives for the better, he said, and that in turn should bring about "societal righteousness and biblical justice," he said.

Founded about 12 years ago by a group of 12 Christians, City Servants has "flown under the radar" until now, Goedicke said. It has its roots in other organizations that have tried to unify the region's Christians, he said, such as Transformation Cincinnati/Northern Kentucky.

Former Cincinnati Bengals linebacker Caleb Miller, a member of City Servants, said what he likes about the group is that it's encouraging Christians to work collaboratively. Even if just a few leaders get on board, he predicted, the region would see a huge difference in the problems that face it.