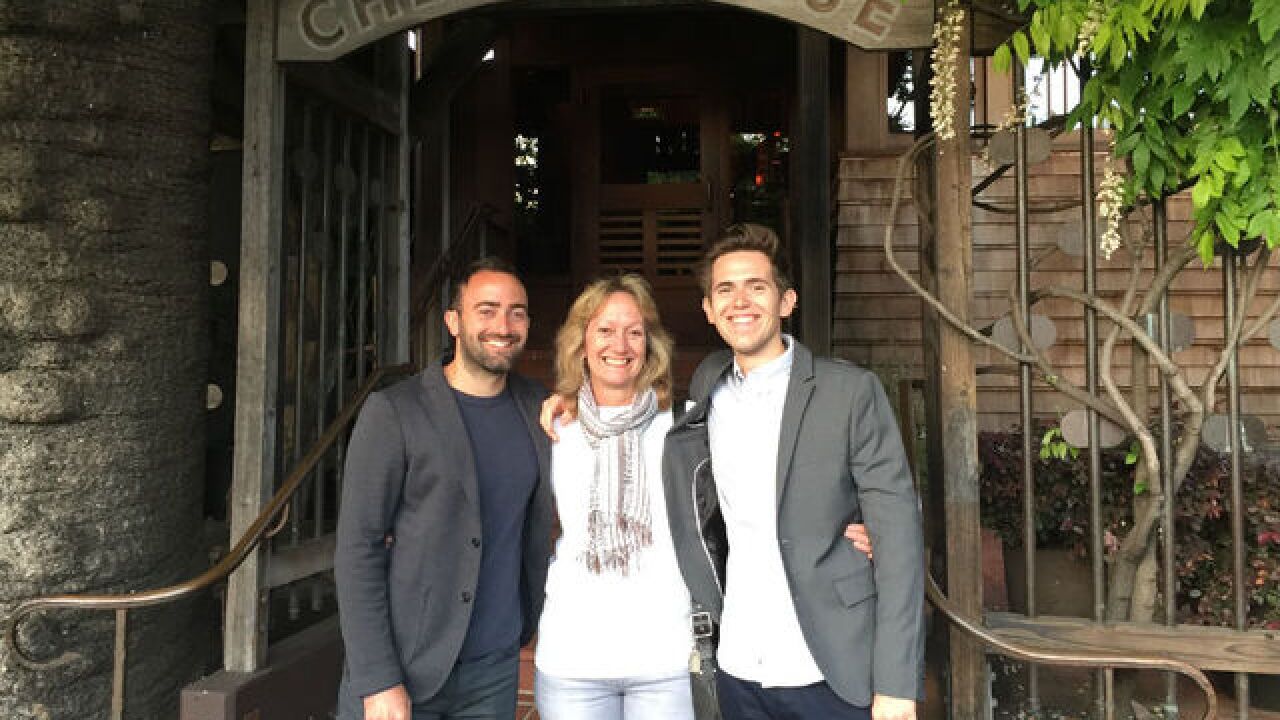 For as long as chef Tony Ferrari can remember, his mother, Theresa, has always worked hard, never taking vacations or time for herself away from painting and renovating houses for a living.

“When she comes home, her knees are swollen,” Ferrari said.

Born and raised in Cincinnati, Ferrari is the owner and chef of Hillside Supper Club in San Francisco. Ferrari, who will participate in this weekend’s Cincinnati Food + Wine Classic at Yeatman’s Cove, moved to San Francisco nine years ago to make his mark in the culinary world.

Home and family are never far from his mind, though, and now Ferrari plans to give back to his mom: He’s opening a coffee garden in Camp Washington and putting her in charge. If all goes as planned, the coffee garden will open in March 2017.

“It’s something I want to give her,” he said. “I want her to just have fun and oversee the coffee garden.”

Ferrari’s parents divorced when he was young. “My mom raised us four kids,” he said. “What she’s done for us kids is unbelievable.”

“I feel blessed,” said Theresa Ferrari, who has always dreamed of having her own coffee shop. “It could be this really cool thing for the second half of life.”

There’s no mistaking this project is for her; the coffee garden will be named “Mom ‘n ‘em.” A 1969 Airstream trailer will anchor the garden as the coffee shop. The 31-foot-long trailer has been purchased and the buildout has started.

The trailer will seat six to 10 customers inside, but outdoor seating will accommodate more, around 30. Come wintertime, the plan is to rent a heated tent so that the coffee garden can remain open year-round.

Ferrari will put toast and pastries on the menu along with the coffee. He and his younger brother, Austin, who also works with him at his California restaurant, will work out the details of the operation and show their mother the ropes of running the business.

The future coffee garden sits on the corner of Colerain and Bates, at 3124 Colerain Ave. Ferrari, who grew up not far away in Clifton, had been eyeing the property for a year. As soon as it came on the market four months ago, he jumped on it.

Theresa has started renovating the house, in which she will eventually live. The house was built in 1892, and according to Ferrari, it has “good bones,” replete with stunning woodwork, marble and pocket doors.

It’s no accident that Ferrari chose to invest in Camp Washington. Ferrari sees a lot of potential in the neighborhood, along with West End.

“I think they’re real cool neighborhoods that have tons of history and tons of beautiful architecture,” he said. “Personally, I feel like they’re underutilized.”

Ferrari thinks the seeds of revitalization already have been planted. As an example, he pointed to Wave Pool, a contemporary art center in Camp Washington that occupies what used to be a firehouse.

“We just need more people with a vision of what the neighborhood could be,” he said. “I want to be a part of its success.”

Family and community are central to Ferrari’s vision. He wants the coffee garden to be a “cool gathering place” for the community. Ferrari also plans to commission a huge mural for the side of the house facing the garden and wants the artwork to reflect the spirit and care of the community.

While Ferrari’s mother will be the boss, other family members also will play a part in the coffee garden. “I’m going to put my 14-year-old granddaughter to work; she loves to work,” Theresa said.

Ferrari’s father, who has a landscaping business, also will take care of the yard work, and Ferrari and his brother will continue to travel between San Francisco and Cincinnati at least once every quarter.

“She’s always worked so hard for her kids,” Ferrari said of his mother. “I want her to have a second chance at life.”