Center for Closing the Health Gap asking for $7.5M from city, county taxpayers 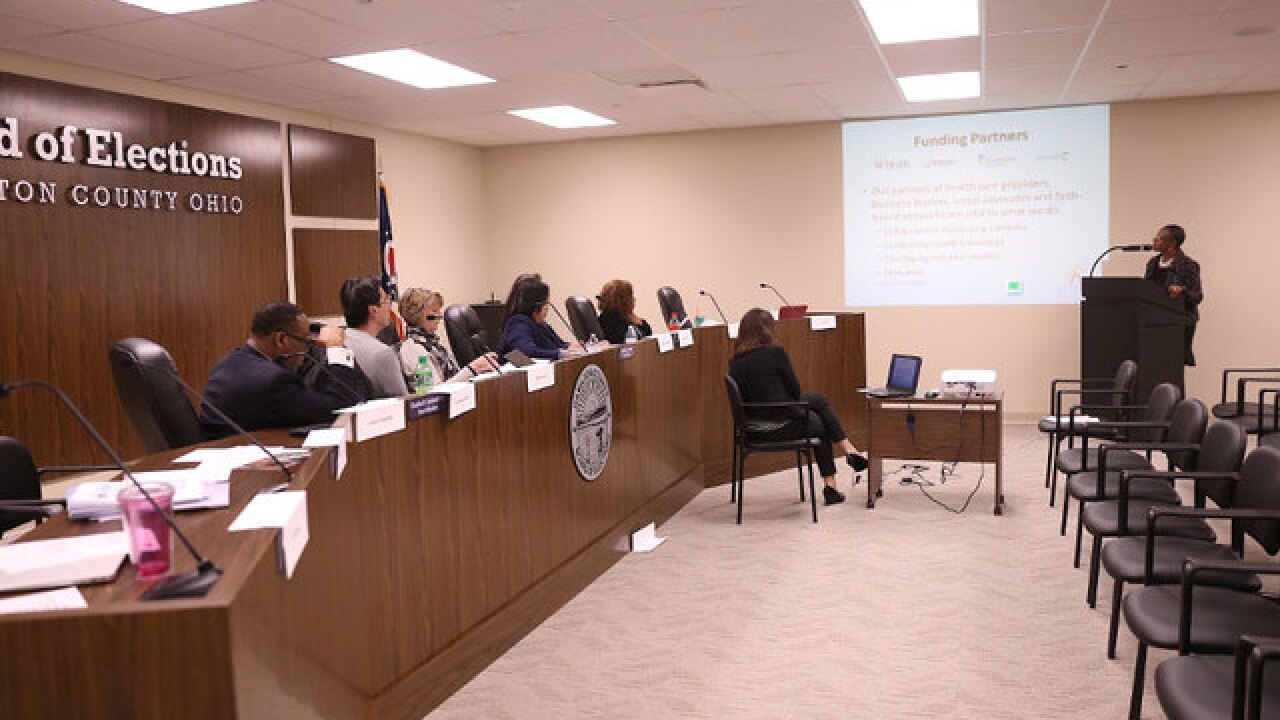 Copyright 2017 Scripps Media, Inc. All rights reserved. This material may not be published, broadcast, rewritten, or redistributed.
Emily Maxwell | WCPO
<p>The Center for Closing the Health Gap was one of several organizations to present at the Indigent Care Levy Agency meeting at the Hamilton County Board of Elections on Tuesday, Feb. 28, 2017.</p> 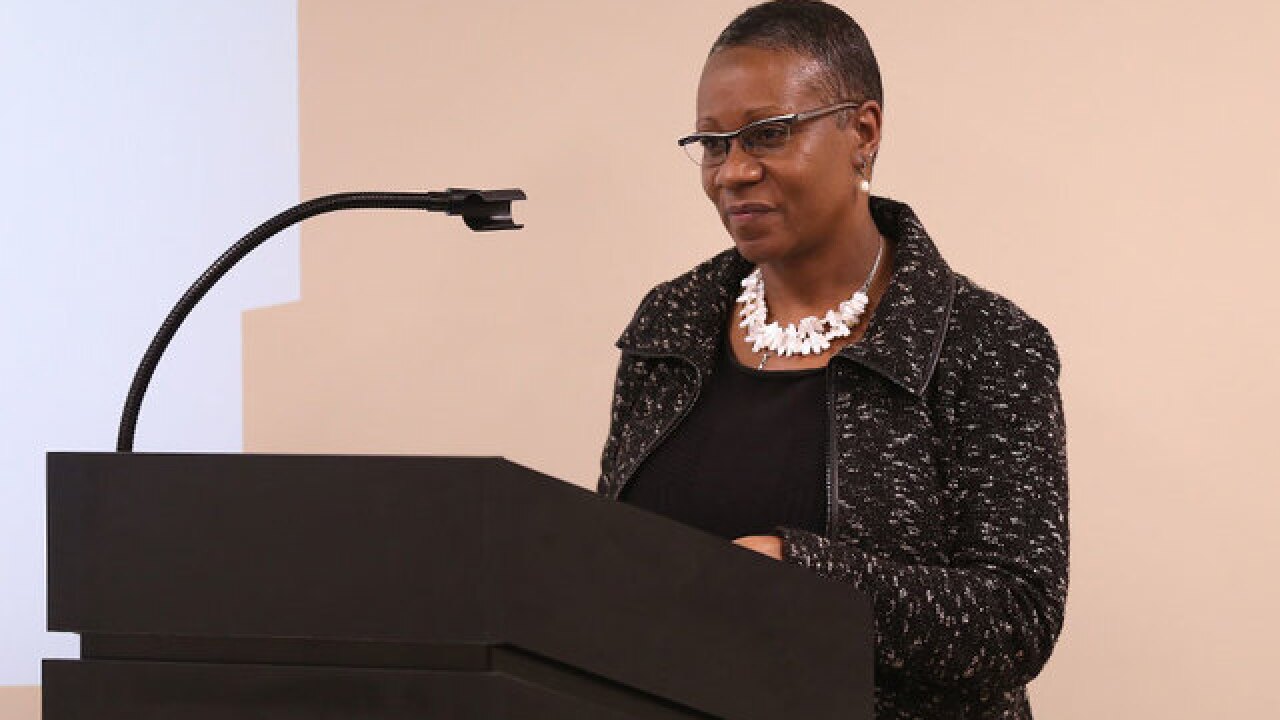 CINCINNATI – Leaders of a former mayor’s charity want city and county taxpayers to give the nonprofit a total of $7.5 million -- a request that would more than quadruple their annual budget.

The Center for Closing the Health Gap requested $2.5 million from Hamilton County’s indigent care levy on Tuesday night. It is, so far, the largest request of any nonprofit asking for levy cash this year.

“The percentage of people of color and African-Americans, particularly, in the county is going to rise,” Renee Mahaffey Harris, executive director of the Health Gap, told the county’s tax levy review committee. “We’re asking for a $2.5 million investment so we can begin to replicate the models that have been so successful in the city of Cincinnati.”

The nonprofit, which currently gets no funding from the levy, could take its work into the suburbs with the requested $2.5 million yearly, she said.The center says it's served roughly 20,000 people in the city through a obesity health campaign and 87,000 have attended their health expos since 2003.

This combined $7.5 million funding request by the Health Gap would quadruple its operating budget of roughly $1.8 million, according to its most recent 2015 IRS tax filings.

Their request comes as city and county leaders begin to examine their budgets for the coming year and decide which nonprofits get funding, and how much.

County leaders are looking at the three-year indigent care levy, which is about to expire. A new levy request, which has not been finalized yet, will likely go before voters in November.

The county’s indigent care levy currently brings in roughly $40 million every year and a bulk of that cash – about $30 million – pays for indigent patients at University of Cincinnati Medical Center and Cincinnati Children’s, as well as medical care at the county jail.

Every year, some of the levy money goes to local health or nonprofit initiatives, such as $150,000 to Saint Vincent de Paul for managing a charitable pharmacy or $2 million to pay for the area’s several homeless shelters.

The Health Gap is one of nine nonprofits asking for money from the levy this year. Their $2.5 million ask is the largest request of any nonprofit; Strategies to End Homelessness came in second with a $2 million ask for helping to finance 10 of the area’s homeless shelters.

Unless commissioners increase the tax they charge property owners, the levy’s current rate only allows for so many nonprofits to get funding, said Hamilton County Commissioner Chris Monzel, the lone Republican on the board.

“If you’re going to fund some new programs, some other programs are going to have to get cut,” Monzel said.

The tax levy review committee evaluates the requests and makes recommendations to commissioners about what the levy should look like before it goes to the November ballot. An independent consultant is also reviewing each nonprofit, said Lisa Webb, the tax levy review liaison for the county.

“They’re looking at all of the (nonprofits) that have made requests to see how they would fit into the levy,” Webb said.

The Health Gap has enjoyed large funding bumps from the city over the last three years and now gets more money than most other nonprofits in the city; its funding is second only to the United Way, which divvies up the $3 million it gets among several local nonprofits.

Tillery was co-chairman of Cranley’s election campaign. He used his popularity in the black community to help Cranley win the mayor’s race in 2013.

But Tillery said he will not support Cranley’s bid for re-election, and he openly criticized him for what he said amounts to ignoring the needs of the black community. This is an accusation that Cranley and others vehemently dispute.

“I am personally very deeply disappointed in John,” Tillery said in a January interview with WCPO. “He has let the black community down, and he has let me down.”

Meanwhile Tillery asked Cincinnati City Council to give $5 million to the Health Gap in the next budget, which is approved in June.

A large group of supporters wearing T-shirts imprinted with “Where’s Our Money,” came to a council Budget and Finance Committee meeting in December to advocate for more funding on several minority issues, including the Health Gap.

“In far too many cases, these budgets support the needs of the well-to-do, leaving poor and minority populations without meaningful input and collective power to have their concerns addressed and funded,” Tillery told City Council at the December meeting.

It’s a competitive year for nonprofits to win funding from the city, since it is facing a projected $25.1 million budget deficit and looming needs such as a new police district 5 headquarters.

“I think there’s going to be a lot less outside funding in this budget because I just don’t think we’re going to have the money to do it,” said City Councilman Kevin Flynn.

Flynn doesn’t know how the city can pull off giving the Health Gap’s $5 million this year.

“I don’t think there’s any way in hell we’re going to be able to fund at that level,” Flynn said.