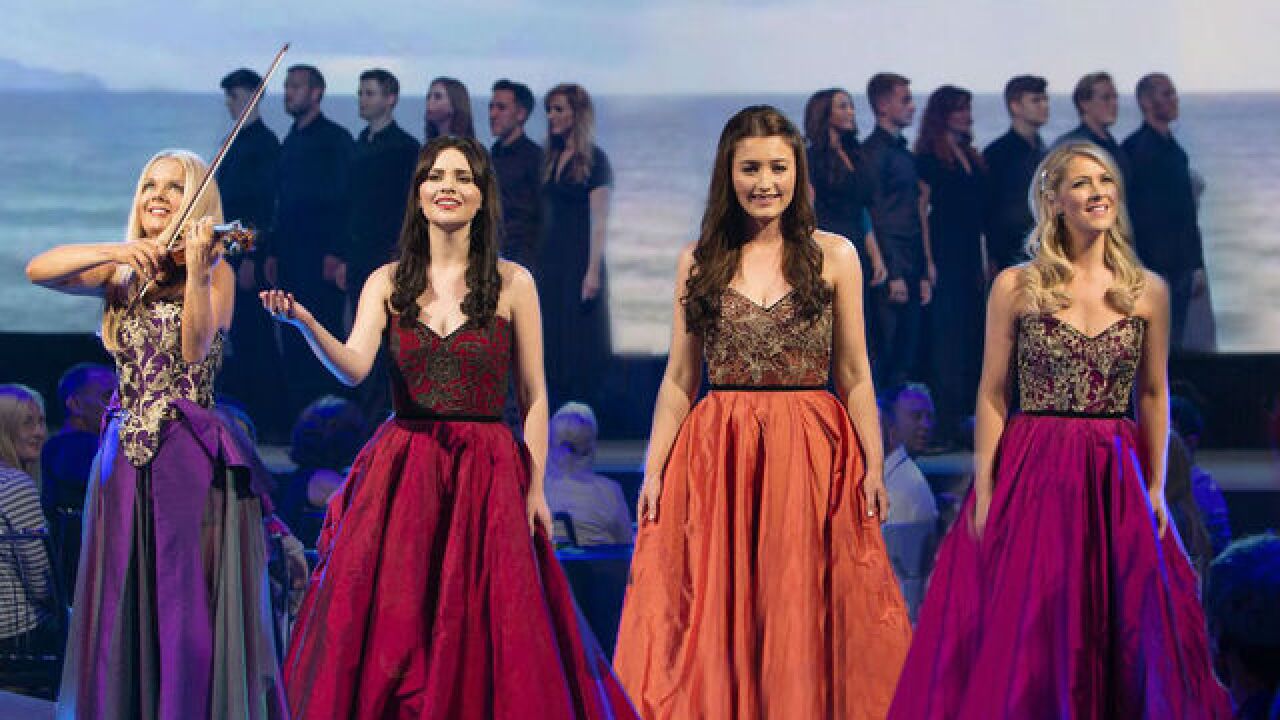 The term “Celtic” typically conjures images of Ireland. So what’s a lass with a Scottish surname doing as one of the four members of Celtic Woman touring America this spring?

“My father is from Donegal in the northwest of Ireland, where there’s a lot of McFaddens," said group member Susan McFadden. "Years and years and years ago some McFaddens from Scotland must have come over. But I’m Irish through and through — my mom’s from Tipperary.”

The group will be at the Aronoff Center for the Arts on Thursday in a concert featuring music from their latest recording, "Destiny," yet another debut at the No. 1 spot on Billboard’s World Music Chart.

McFadden has been a performer for a long time, getting her start in musical theater at age 11, when she starred in a Dublin production of "Annie." As a young professional she played Sandy in a British TV production of "Grease" and Elle in "Legally Blonde" in the West End, London’s equivalent to Broadway.

Four years ago she was finishing a two-year stint in "Legally Blonde" when the producer of Celtic Woman called her about joining the group.

“It really came out of nowhere," she said. "It wasn’t really even on my radar: I had heard of Celtic Woman, and I knew some of the girls in it, but not too much more than that.”

She was already auditioning for her next gig. “It was the perfect time. I had been living in the U.K. in England and away from home, so I was delighted to have the opportunity to go on tour with Irish people again and sing songs I had grown up with.”

Now she’s a Celtic Woman veteran, touring with vocalists Mairéad Carlin and Éabha McMahon and Celtic violinist and founding member Mairéad Nesbitt. (Performances are augmented by a group of musicians and dancers.) Well-known in America by way of extensive touring and several PBS television specials, the ensemble has sold more than 8 million albums. In fact, they’re renowned worldwide, having performed to sellout audiences on six continents and in 23 countries.

The current tour is focused on "Destiny," the group’s 10th CD, a fusion of Irish traditional songs, including “Bean Pháidin” and “Siúil A Run,” and modern numbers such as “I See Fire” from "The Hobbit." McFadden is especially partial to the uptempo “Bean Pháidin,” a song in the Gaelic language that is taught to Irish schoolchildren. She plays the spoons in lively percussive support for this number.

“It’s lovely to be doing a grown-up version of this song about a woman who is completely, madly jealous of this other woman who has stolen her lover," she said. "One of the lines is that she wants to break this woman’s legs! We have great fun, we bop around stage — it’s a simple song, a kind of carefree number that we quite enjoy.”

As Ireland commemorates the historic events of a century ago that led to its independence, McFadden and the others will perform a rousing version of “Óró sé do bheatha ’bhaile,” a song in Gaelic written to rouse nationalist feelings at the core of the 1916 uprising. She learned the language growing up; it’s compulsory in today’s Irish schools.

“I hadn’t spoken it in a very long time until I started with Celtic Woman, so I had to freshen up a little bit," she said. "It’s great to be re-engaged with it and to learn to sing the songs in the language.”

When McFadden joined the tour in 2012, she was a veteran theater performer, skilled at playing roles.

“The first time I stood up onstage and just sang and performed as Susan McFadden and not as a character, that was quite daunting, actually," she recalled. "I was a bit terrified when I first started. I now enjoy breaking that fourth wall that is normally there in a musical. Connecting with the audience is really nice and enjoyable.”

Such connections are at the heart of McFadden’s enthusiasm for singing with Celtic Woman: “Irish people have spread themselves all over the globe. Many people are part Irish. It means a lot to them when we bring Irish culture, music and heritage. They connect to the music, and they relate to the stories we’re telling in the songs.”

The upcoming concert will be her second time performing in Cincinnati, and she’s looking forward to it.

“People have a chance to touch upon their own culture, even if they can’t go to Ireland," she said. "They can come and see our show and connect to that part of them, to that heritage.”