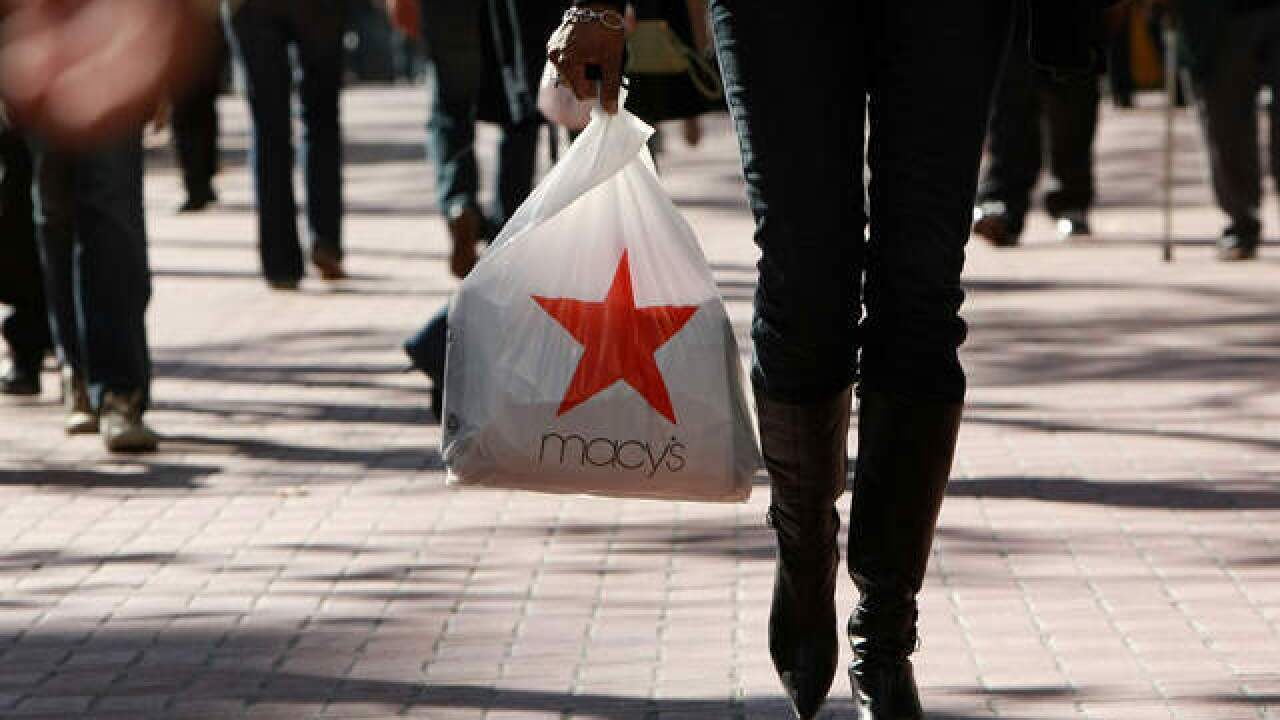 Image copyright 2017 Getty Images. All rights reserved. This material may not be published, broadcast, rewritten, or redistributed.
<p>File photo</p>

Macy’s Inc. will get a one-time profit boost from tax reform of up to $650 million and its holiday sales results were better than expected.

But that won’t keep the Cincinnati-based department store chain from reporting its 12th straight quarter of declining same-store sales. Nor will it keep the company from closing more stores and cutting more jobs to save an additional $300 million in annual operating expenses.

Investors reacted to the news by driving Macy’s stock price down by more than 5 percent to $23.44 in the first hour of trading. Macy’s stock recovered some of that loss by mid-day, when it traded at $24.50.

“Macy’s had a solid holiday shopping season,” Macy’s CEO Jeffrey Gennette said in a press release. “We saw improved sales trends in our stores and continued to see double-digit growth on our digital platforms. Customers also responded well to our new loyalty program."

Macy’s tracks comparable-store revenue on an “owned plus licensed” basis, which means the figures include company-owned stores open for at least a year plus revenue from licensing partners that operate inside Macy’s stores. Those partners include Sunglass Hut, Finish Line and the sports-apparel retailer, Lids.

Chief Financial Officer Karen Hoguet told investors Nov. 9 to expect a 1.9 percent decline in the key sales metric for the holidays. But it actually achieved a 1.1 percent increase in November and December.

But Macy’s still expects a comparable-store sales decline of up to 2.3 percent for the fourth quarter, its 11th straight quarterly decline.

The profit outlook improved for Macy’s over the holidays, but it was thanks to Congress, not Christmas. Macy’s said changes in the corporate tax rate will require it to “re-measure deferred tax balances in in fiscal 2017,” resulting in “a non-cash tax benefit of approximately $550 million to $650 million.”

Macy’s also expects a one percent decline in its effective tax rate in 2017, prompting it to increase its full-year earnings guidance by 5 cents to between $3.59 and $3.69 per share.

The new closures include a downtown store in Miami, Florida and a furniture store in Novato, California. Other closures were in Gainesville, Florida, Terre Haute, Indiana, Burlington, Vermont And Fort Gratiot, Michigan.

On Wednesday, Macy’s announced it would close its Fountain Place store in downtown Cincinnati. So far, that’s the only local store Macy’s has closed. Nineteen more are to be announced as leases or operating agreements expire. In addition, Macy’s plans to make “staffing adjustments” in its remaining stores, with “reductions in some stores and increases in others.” It also plans “further streamlining in some non-store functions,” but it didn’t elaborate in its press release.