Can feeding babies solid foods as early as 3 months lead to better sleep? A new study says so

But many Tri-State parents remain skeptical 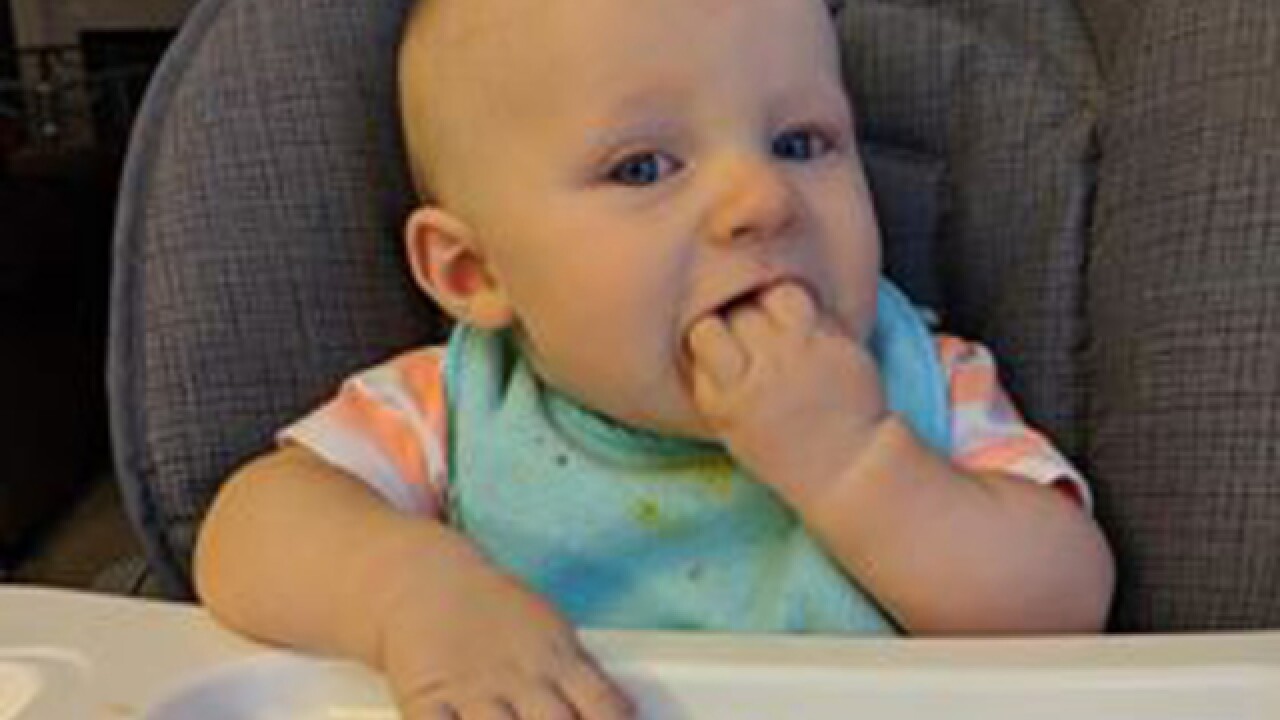 We have heard it before from a well-meaning relative:

"Give that baby some 'real' food and it will sleep all night!"

We didn't always listen, though.

But this summer, JAMA (Journal of the American Medical Association) Pediatrics released controversial study results claiming that feeding solids to babies earlier can indeed lead to more sleep. This concept directly contradicts the American Academy of Pediatrics' (AAP) current guidelines, which recommend -- backed by most pediatricians -- that babies consume only formula or breast milk until the age of 6 months.

However, the new study, conducted by King's College London and St George's, University of London, monitored 1,303 3-month-olds, who were divided into two groups: babies who solely breastfed until 6 months old and babies who were given some solids in addition to breast milk starting at 3 months.

Findings showed that babies slept 16 minutes longer if they were fed solids earlier, along with "less waking" and fewer "sleep problems" than purely breastfed babies. The babies being fed solids earlier experienced half of the sleeping problems, such as crying and irritability, the BBC reported.

According to WebMD, 40 percent of parents already give their children solids before the age of 4 months, following similar logic to what the new study found: Babies seem hungry and irritable until given solids.

However, the article says that doing so can be dangerous, according to Kelley Scanlon, an epidemiologist at the U.S. Centers for Disease Control and Prevention (CDC) in Atlanta, and can be linked to childhood obesity, celiac disease, diabetes and eczema.

Many Tri-State parents reacted strongly to the suggestion that they feed babies sooner than they are "ready," based on the study, while others swear that feeding early really does help with sleep.

"What about the babies' gut just not being ready for solids that early?" Kristin Fegley, a mother of two young sons in Independence, Kentucky, said. "I waited until my baby was 6 months and all signs of readiness were met for (baby-led weaning). I nursed both of my children and did not start solids until 6 months."

Her oldest slept all night from early on, and her youngest still wakes up in the middle of the night at 2 a.m.

Another concern for parents debating whether to start solids early continues to be potential risks associated with it.

"What I find troubling is the suggestion that a few extra hours of sleep a week could jeopardize a baby's gut health for their entire life," Andrea Kinney, who has three children age 5 and under in Liberty Township, said. "From what I've read, research has been clear that (starting) solids too early is damaging to the digestive tract."

Instead, Kinney waits for "cues" of her children being ready, such as reacting to a spoon in the mouth, and sitting up on their own. She started two of her children on solids just before 6 months old, and the third wasn't interested until about 8 months.

"There were no changes to sleep patterns by starting solids with any of them," she said.

Often the first solid food a parent offers is in the form of rice cereal or oatmeal cereal diluted with breast milk or formula. The push to "give that baby some rice cereal" to help them sleep is common advice that Tri-State parents often receive from older generations, such as the babies' grandparents.

Suzy Haegele Kellar of West Union said her son made it to 22 months "without rice cereal," and he didn't try solid food until 6 months "despite my mom insisting he needed rice cereal. Boomers and rice cereal -- I don't get it," she said.

Haegele Kellar explained that a few friends with moms her mother's age had suggested that, too, so she asked her pediatrician at Children's Hospital Pediatric Care and "got an eye roll."

"The suggestion is outdated and can be dangerous," she said. "I don't knock anyone for trying any way possible to get a screaming baby to sleep. I had a weird interpretive dance I did while holding babies."

Jennifer Ilg, a Mason mother of a 7-month-old son, started on the earlier side, at 4 months old. She described benefits and positives of feeding early but did not see any lengthened sleeping either.

"While it helped me to not have to nurse as much or increase his ounces in his bottles -- I gave oatmeal mixed with breast milk and some other purees -- it certainly didn't help him sleep longer. We had fun with the food, though, as he was already reaching for ours," she said.

"I will add that I started out with really small amounts and pureed our own foods, like sweet potatoes and carrots, so I know what my son was eating. He had no reactions so we kept trying a new food each week."

Regardless of the methods, it appears Tri-State moms have two goals in common: healthy, full babies who let them get some sleep.