Can FC Cincinnati leverage more out of Newport, Cincinnati for stadium? 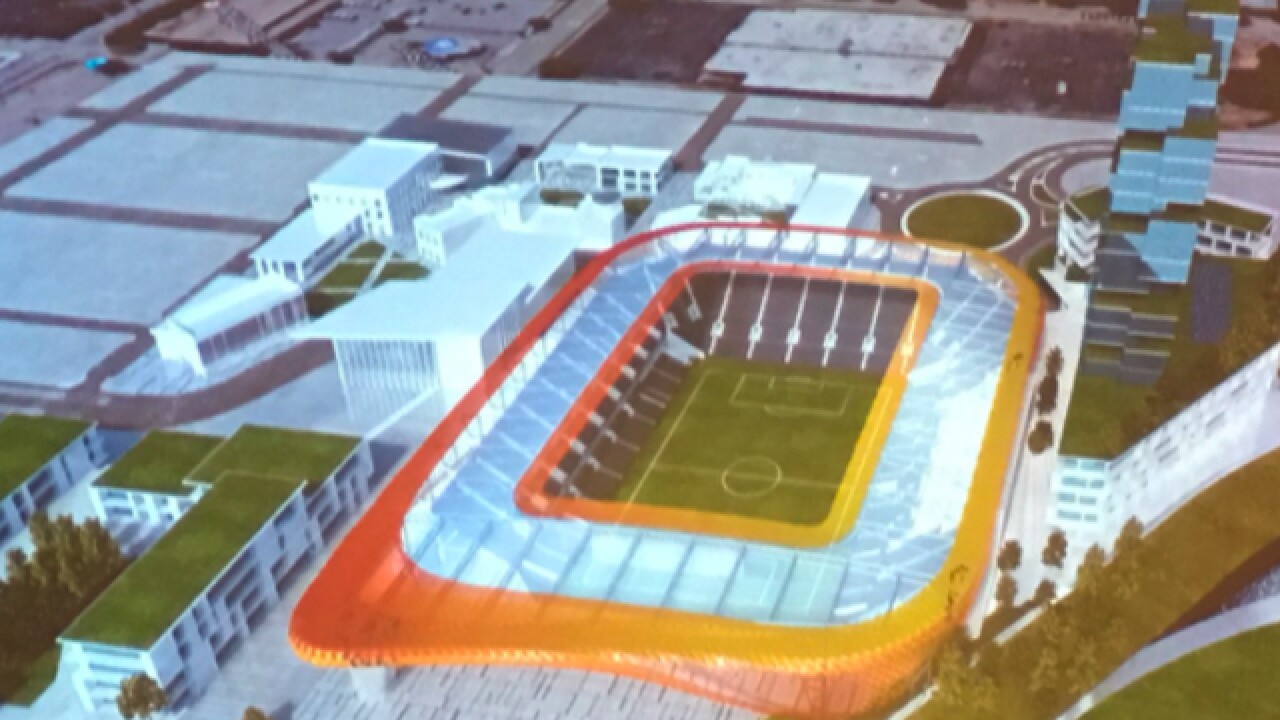 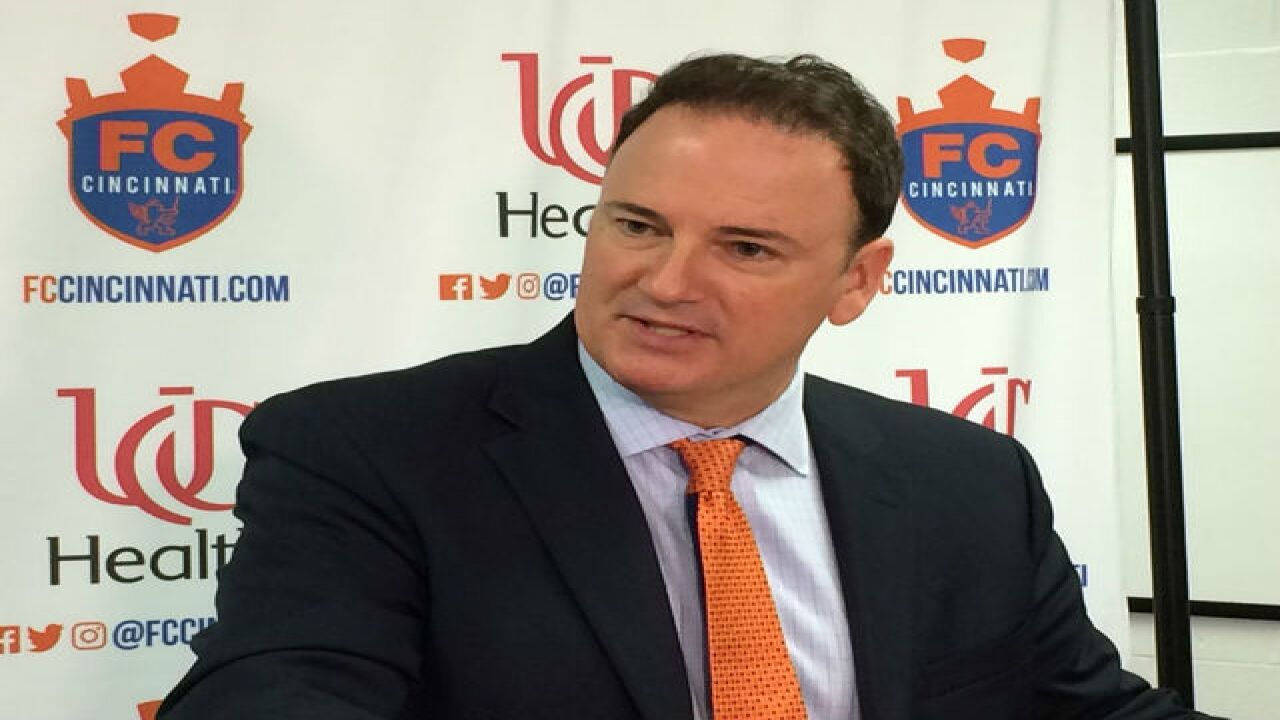 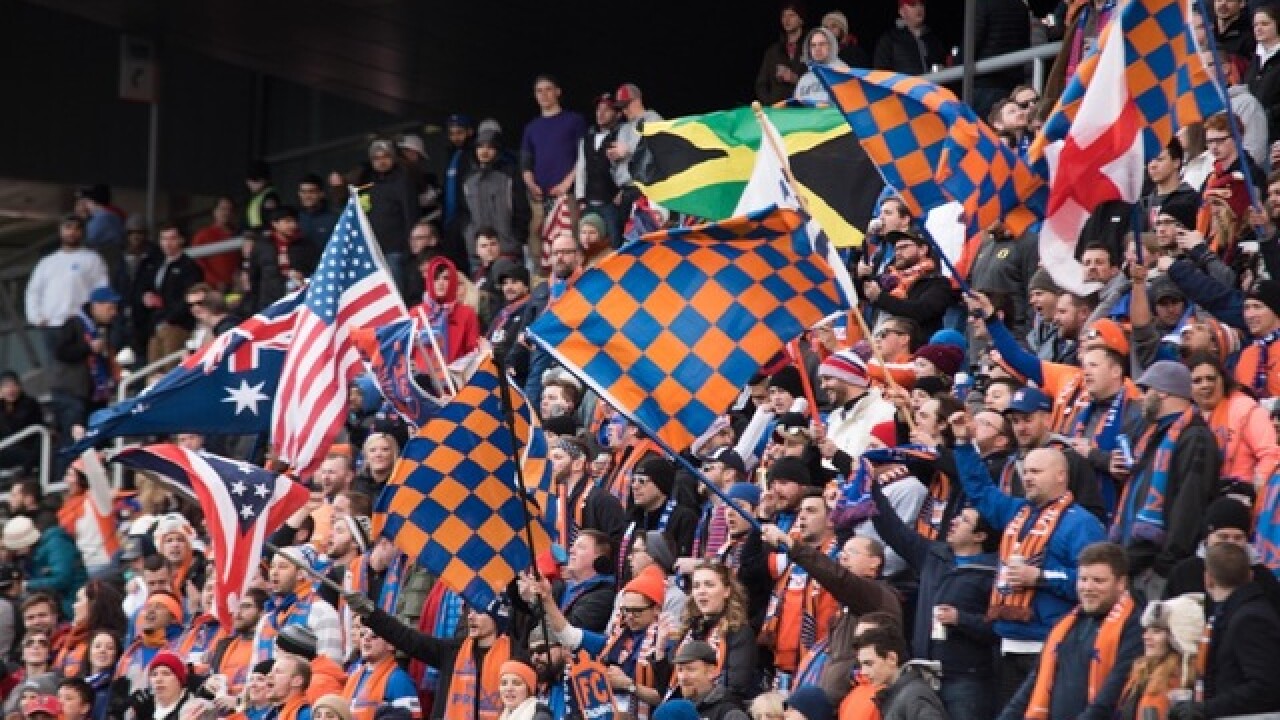 CINCINNATI -- The future location of Futbol Club Cincinnati’s professional stadium could hinge on which city – Cincinnati or Newport, Kentucky – is the highest bidder.

The team, which is vying for one of the open spots in Major League Soccer, is considering sites in both cities to build a roughly $200 million stadium. FC Cincinnati ownership plans to kick in $100 million, which would still leave as much a $100 million funding hole.

In a talk with supporters last week, FC Cincinnati CEO Carl Lindner III made it clear: The team will go to the city that offers support for the stadium’s construction.

“It would be an exciting place, a transformational-type investment that would be made,” Lindner said of building a new stadium in neighborhoods such as the city’s West End.

But, he quickly added: “It’s ultimately going to end up being where we can get the support.”

Experts say that could trigger a bidding war between two cities, and states, hoping to land a major league soccer team. It could also drive up the price local officials – and the taxpayers they represent – end up paying for the stadium’s construction.

“It’s common in areas where the metro area has multiple, large cities for bidding between the cities to come about,” said Roger Noll, a Stanford University economics professor and expert on stadium deals. “That gives the team an enormous amount of leverage.”

Noll said sports teams get better deals when multiple cities are in competition to lure a stadium to their location.

He said the best example is in Minnesota, where rivalry between Saint Paul and Minneapolis officials has bolstered an unprecedented stadium boom in the region . Just a river divides those two cities, too.

Six new sports stadiums have opened in the region over the last three decades, including an MLS field set to open next year.

“You can get (cities) into a bidding war for even larger subsidies; the poster child for this is Minneapolis-St. Paul,” Noll said. “As a result, more stadiums have been built in the Minneapolis-St. Paul metropolitan area. They build new facilities for each of the new teams about once every 15 to 20 years.”

Crews are expected to break ground on a new MLS soccer stadium in St. Paul this summer.

Local leaders in the Cincinnati region, however, say they want to avoid a tug-of-war over the stadium’s location.

“Either way, it’s going to benefit the entire region,” said Beth Fennell, a Newport city commissioner. “I’m not interested in some kind of bidding war. That doesn’t serve us well. We need Cincinnati, we need each other.”

At an unveiling of the stadium design last week, Cincinnati President Jeff Berding showed renderings of a stadium located in Newport.

But Fennell said she’s unaware of any discussions between Newport city officials and the soccer team’s leaders on the site – or possible incentives the city could offer.

Berding said the team wants to have a site selected by the end of this year.

Meanwhile, in Cincinnati, Berding has been privately meeting with members of Cincinnati City Council and Hamilton County Commissioners.

“Certainly I’ve been a cheerleader for keeping FC Cincinnati in the city. I don’t want to see it going to Kentucky or anywhere else besides the locations being discussed and other potential locations that are in the city,” Cincinnati Mayor John Cranley told WCPO in an interview earlier this month.  “So that’s been the primary conversation I’ve had with Jeff."

Hamilton County Commissioner Todd Portune said the team asked him to sign a non-disclosure agreement as part of the talks.

Portune wouldn’t specify what – if any – funding requests the team has made of the county. But he did say he expects the team to ask for something.

“We’ve been asked to look at what sources of revenue do exist, either now or in the future,” Portune said. “My position is – why would we look at anything? We’ve got two perfectly good stadiums here.”

He’s been vocal for months that the team should continue to play at University of Cincinnati’s Nippert Stadium or in Paul Brown Stadium, which was initially constructed to accommodate a soccer team.

Although some pro soccer teams, such as the Seattle Sounders, play in NFL stadiums, the MLS now requires teams to have their own stadiums as part of admission into the league.

Portune said he wants the team to stay in Cincinnati, but a Newport location would benefit the entire region.

The bulk of the team's supporters come from Hamilton County, which could give officials here the upper hand in negotiations, said Michael Jones, an economics professor at the University of Cincinnati.

"I don't think there is a huge amount of people coming from Northern Kentucky," Jones said. "I suspect Hamilton County has more leverage than the owners think they have."

But fans could also turn up the heat on elected officials like Portune to offer up a good deal for the team to stay in Cincinnati.

At the town hall event last week, mention of a Newport stadium site was received with a mix of cheers and boos. Berding quelled concerns by stressing that his preference is to build in Cincinnati.

One fan asked about the economic loss the city might incur if the stadium sits in Newport. And when another supporter pointed out the positive impacts a stadium could have in the West End, Berding directed the fan to contact local government officials.

“Elected officials pay attention when they know it’s coming from the people,” Berding, a former Cincinnati City Councilman, said. “I implore you: Have your voices heard. They listen, they really do.”

Soccer is enjoying a steady growth in fans, and Berding has argued Cincinnati would benefit from international exposure if the team is selected to join the MLS.

“Soccer is the number one sport," Berding said at a private event earlier this month. "It is what connects the rest of the world. Its just a matter of time until soccer in this country is like it is everywhere else. And we’ll be real pleased that we have a team and we’re in on that action.”

But the sport is still less popular than other professional sports such as football, baseball and basketball. That makes public support for soccer stadiums a tougher sell, Noll said.

“You can sort of understand why the politics of it … in the case of MLS, it’s not a particularly popular sport, it has a much smaller fan base,” Noll said. “You don’t have a lot of votes at stake.”