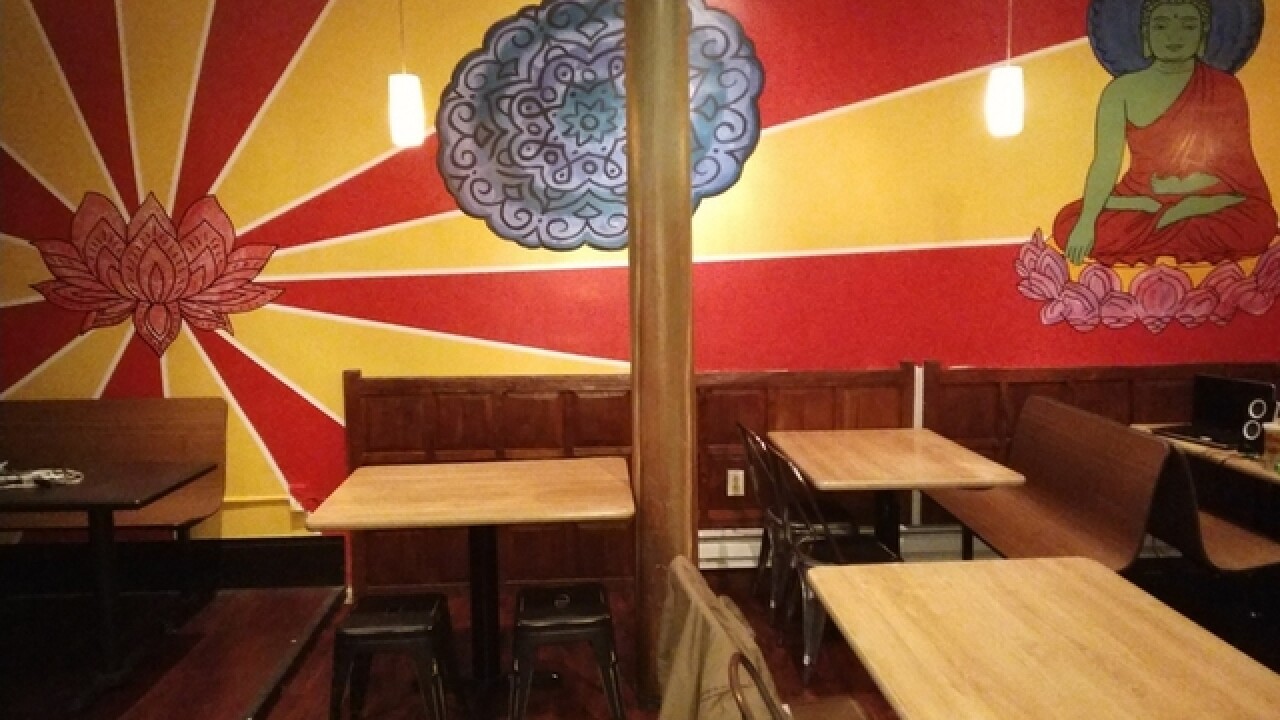 Copyright 2018 Scripps Media, Inc. All rights reserved. This material may not be published, broadcast, rewritten, or redistributed.
<p>Photo courtesy of Mahope</p>

CINCINNATI – Vy Sok and her partner, Mike Laguna, busily worked to wrap up final touches inside the future location of their Cambodian restaurant, Mahope , two days before Thanksgiving.

They planned to hold the first soft opening event for the restaurant, located at 3937 Spring Grove Ave. in Northside, at 8 p.m. Wednesday. Thanksgiving Eve is one of the busiest party nights of the year.

"It's pretty exciting," said Sok. "I didn't think it would happen this fast, but things just fell into place somehow and we just ran with it."

Mahope means food in Cambodian. Sok learned to cook traditional Cambodian dishes from her family, who fled the bloody rule of the Khmer Rouge in Cambodia in the mid-1970s. Sok, along with her parents and seven siblings, immigrated to the United States and settled in Cincinnati when she was a child.

Sok describes Cambodian dishes as "sort of spicy, sweet and sour with a slightly bitter taste." Those dishes include soups, pho and stir fry seasoned with special herbs.

After starting her own family in Greater Cincinnati, Sok said she wanted to open a Cambodian restaurant and introduce people to the foods she loves.

In 2016, Sok enrolled in a program at Mortar, the Cincinnati entrepreneurship hub in Over-the-Rhine designed to help prospective small-business owners launch their dreams. After graduating from Mortar, Sok and Laguna launched Mahope as a food cart.

Over-the-Rhine bar Rosedale then invited Mahope to serve its food from Rosedale's Mortar Mess Hall this past summer. Sok said she often put a twist on the Cambodian dishes she served at Rosedale and Urban Artifact in Northside.

"We use Cambodian herbs in our chicken meat and then incorporate some of the fillings for it into a taco," Sok said. "So, we kind of mix the two together."

"There is a lot of different things that she makes at home that we've never served anywhere because you need to cook more instead of just prepping and taking with you," he said. "Here, we'll have the ability to cook everything on the spot."

Laguna and Sok decided to open in Northside thanks in large part to Dan Wells, the owner of Northside disco  Mixwells .

"We're super-stoked to be getting food in here," Wells said. "Her (Sok's) food is ridiculous."

Mixwells and Mahope are connected by an open entryway. Customers for both businesses will be welcome in each other's space when they're open at the same time.

That partnership is why Mahope decided to host its first soft opening event the night before Thanksgiving. Sok and Laguna planned to serve people attending Mixwells ' Warehouse Reunion party from 9:30 p.m.-2:30 a.m. on Thanksgiving Eve.

Mahope will be closed for Thanksgiving but will reopen with the same late-night hours on Friday and Saturday.

The week after Thanksgiving, Mahope will start serving lunch from 11 a.m.-3 p.m. Wednesdays through Saturdays. The restaurant will close for three hours on Fridays and Saturdays before reopening for dinner from 6 p.m.-midnight.

Mahope will be closed Mondays and Tuesdays. Laguna said he hopes to open 11 a.m.-6 p.m. on Sundays by the restaurant's official grand opening, which he and Sok hope to host by mid-December.