BTH Construction Delivery: How 'unicorn' entrepreneur is building her business

'Don't let anyone tell you that you can't do it' 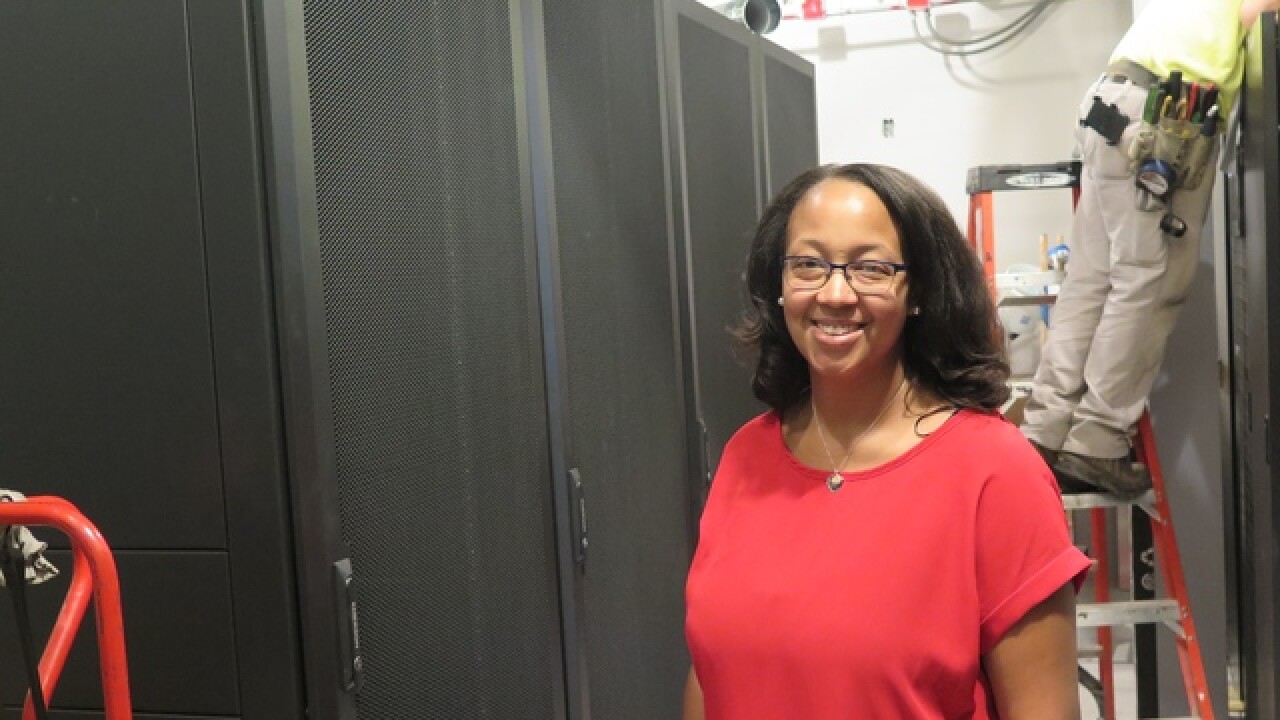 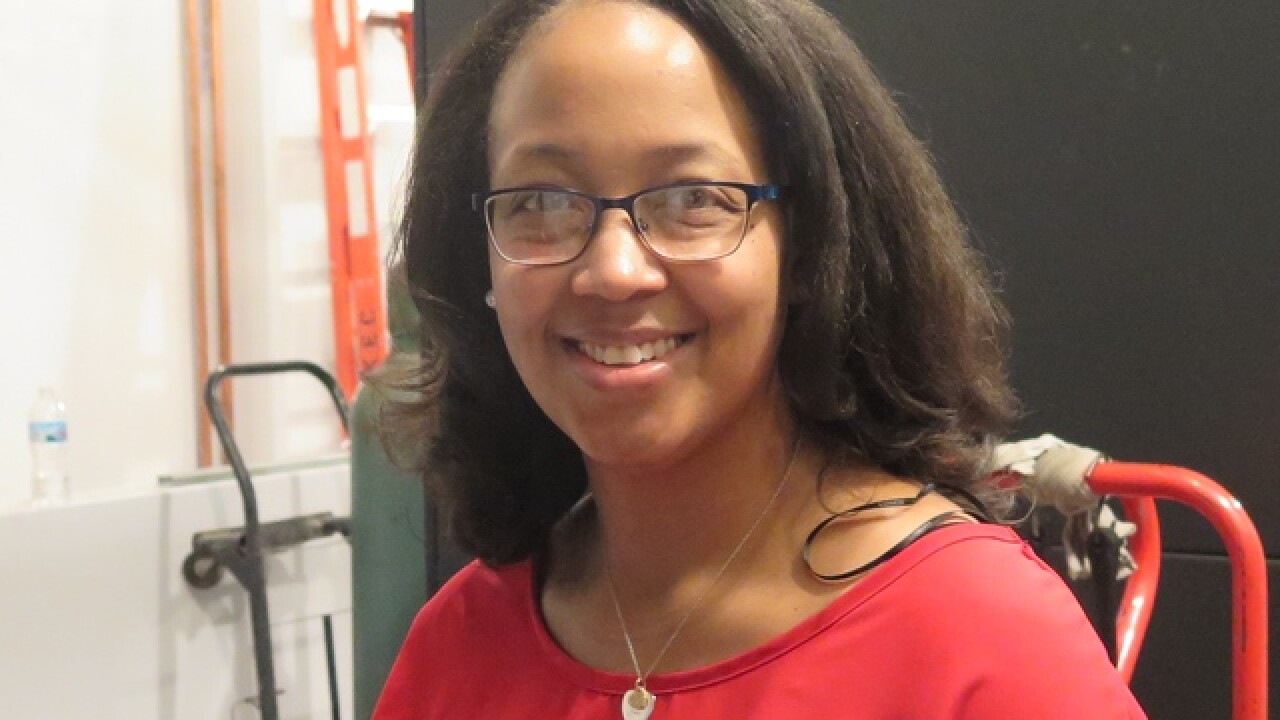 CINCINNATI -- Bridget Harris was at her first internship working for an architect in Cincinnati when the boss asked if she would ever consider starting a business of her own.

"I'm like, 'No. I would never own a company,'" she remembers telling him. "I just laugh about that now."

That response seems silly because she ended up starting her own construction management business less than a decade later. Since launching in 2010, BTH Construction Delivery has grown from a sole proprietorship to a company with three owners and an additional employee.

That growth has come in the male-dominated construction industry despite the fact that Harris, 35, is a young, black woman.

"My lawyer actually called me a unicorn one day," she said. "He said, 'I've never met anyone in your industry that looks like you and is a woman.'"

Harris has been successful because she is "teachable and humble and hungry to learn," said Vincent Terry, director of the Covington and Cincinnati office of Moody Nolan, an architecture firm where Harris worked before starting BTH.

"I definitely encouraged her to go out and take Cincinnati by storm," Terry said. "She had this degree of trust that surrounded her."

Harris has worked on a number of high-profile local projects, including The Banks, JACK Cincinnati Casino and the Cincinnati Children's Hospital Clinical Services Pavilion.

She said she expects the city of Cincinnati's focus on contracting with more companies owned by women and minorities could help open more doors for her company, too.

"When I have conversations now talking about having a construction company and being minority- and woman-owned, I hear people get a little bit more excited because I can help meet a quota for them," she said.

For her part, Harris doesn't think much about her race or gender. Then again, she has seen the world differently ever since she was a kid.

"I always wanted to be an architect," said Harris, who grew up in College Hill. "I was a little kid, and I would draw pictures of houses in sections. I would cut the house straight down the middle and draw it that way. I've always seen buildings differently."

That came in handy after Harris graduated from Walnut Hills High School and went to Tennessee State University to study architectural engineering. Starting out, she didn't realize how different that major would be from architect, but she learned quickly and stuck with it, she said.

After graduating in 2005, she returned to Cincinnati and worked for a local architecture firm for about a year before going back to school to get her master of architecture at the University of Cincinnati's College of Design, Architecture, Art and Planning.

After getting her master's she worked for a year at another local firm before the Great Recession hit. She got laid off as a result.

"That's pretty much why I started the business," Harris said.

Her father, a civil engineer, had always told her to spend a year "on the ground" early in her career. So she figured starting her own business would give her that opportunity, and she got a job to work as a consultant on The Banks.

"It was trial by fire," she said. "The general contractor is coming to me and saying, 'This is wrong. What do we need to do?' I'm like, 'Hold that thought, let me look at the drawings.' They're like, 'We need this answer in an hour.'"

Working past the raised eyebrows

Despite the pressure, Harris found she loved the work.

"I really loved the pace of it," she said. "It was just electric."

After working for a year at The Banks, Harris got another job preparing architectural plans for a house. That's when she decided she would either have to look for another job or focus more on building her business.

She focused on her business until 2014 when she decided to interview for a salaried position with Childress & Cunningham, a local architectural firm.

She had such strengths in the construction side of the business that the firm's two owners discussed partnering with her to help grow BTH, said Alan Childress, a principal at Childress & Cunningham.

He and Larry Cunningham became Harris' business partners in BTH in 2016, with Harris retaining majority ownership of her company.

"Our firm is getting to the age where you start to think about the ascension of the firm," Childress said of Childress & Cunningham.

Childress and Cunningham decided the construction services part of their firm could grow best through a separate business led by Harris, he said.

"She has a natural talent for leadership, tremendous people skills, and she just needed some people around her that she could learn a few more things about the business from," Childress said.

So far, he and Cunningham have been impressed with the way Harris wins contracts and leads projects in the field, where most of the people she works with are white men who are older than she is.

"I do think you can kind of see it in people's eyes sometimes when you announce that she's going to be the project manager," Childress said. "There are some people who maybe kind of raise an eyebrow a little bit."

Too busy for maternity leave

But Childress doesn't think Harris will have any trouble building credibility in the industry over time, he said.

"I think Bridget is strong enough to see through the challenges and meet her goals and get the job done," he said. "She has that determination."

That will come in handy. Harris is not only building her business, but she and her husband also are raising twin baby girls.

The babies are about four months old, and Harris has been balancing work and motherhood almost since the day they were born.

"I never actually took a maternity leave," she said. "Not a week went by, not a few days, where I was not getting phone calls about the business."

It's a lot to juggle, Harris said, but it's not impossible. She hopes that more young women, especially women of color, will explore careers in the construction industry. For those who are considering it, her advice is: "Be brave."

"I think that if you're interested in this industry," she said, "don't let anyone tell you that you can't do it."

Lucy May writes about the people, places and issues that define our region – to celebrate what makes the Tri-State great and shine a spotlight on issues we need to address. She has been writing about women- and minority-owned businesses in Greater Cincinnati for nearly 20 years. To read more stories by Lucy, go to www.wcpo.com/may. To reach her, email lucy.may@wcpo.com. Follow her on Twitter @LucyMayCincy.