Business would be the first of its kind here 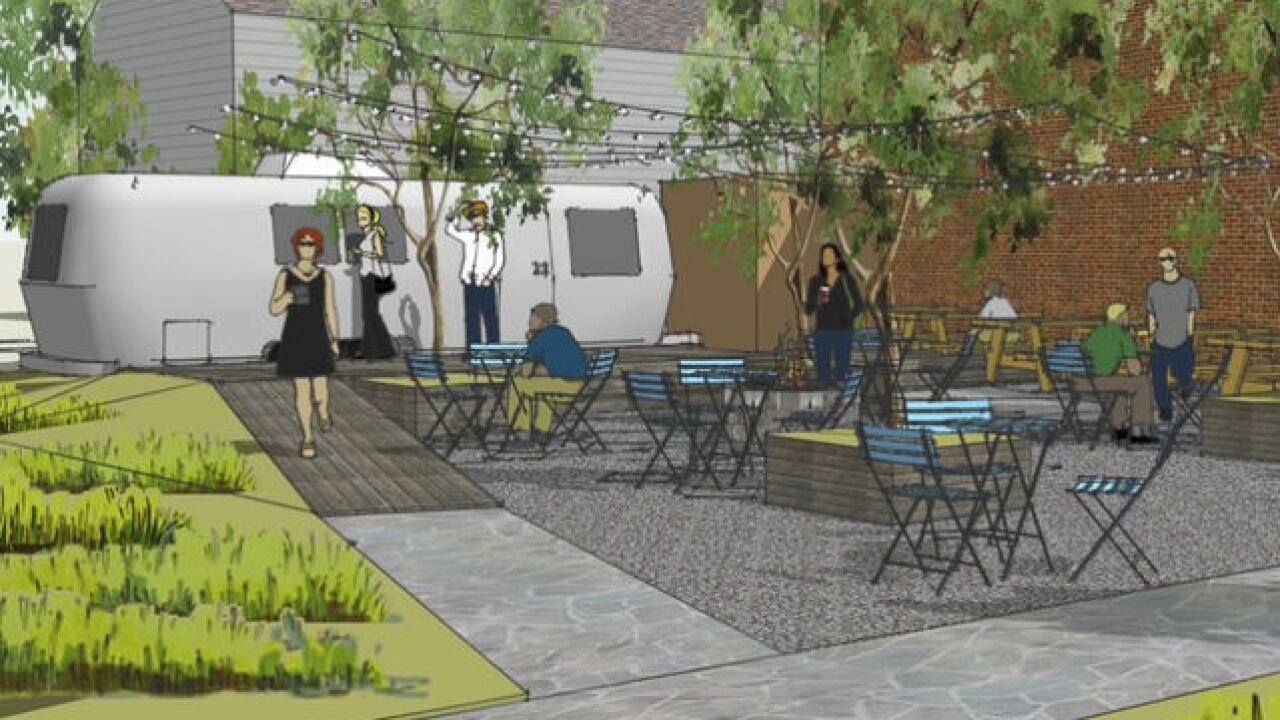 CINCINNATI -- In Cincinnati, there are coffee shops aplenty, it seems. But a new concept promises to serve up that cup of Joe in truly vintage fashion -- all from the window of a 1969-era Airstream trailer.

Tony and Austin Ferrari, natives who now live in San Francisco, have been working for the better part of a year to make that idea -- both new to the area and a little obscure, they say -- a reality. Mom 'N'em, as it's called, would set up shop on a vacant corner in Camp Washington. The business would be the first of its kind in the region.

But it's not a done deal quite yet.

The Ferraris own several parcels along Colerain Avenue -- two of which, 3130 and 3132 Colerain, were acquired specifically for the project from the Hamilton County Landbank. Officials with the Greater Cincinnati Redevelopment Authority, which manages the Landbank, saw potential in the deal -- a way to activate a space "formerly neglected," Gail Paul, vice president of communication for Authority, said.

"From our perspective, transferring a vacant lot to someone who will use it to create a neighborhood-serving enterprise is a big win," Paul added.

That was months ago.

The Ferraris had hoped to open Mom 'N'em by spring, Tony said, but parking codes, for one, have delayed the project significantly. He hopes to clear one last hurdle -- or two -- soon before making the Airstream dream a reality.

Mom 'N'em will present its case to the Cincinnati Zoning Hearing Examiner this week; the coffee shop needs variances for parking and live music/entertainment, Ferrari said. And they also need to secure funding -- via grants or private investors or both -- to help get the shop off the ground.

The delays have discouraged but not dampened Ferraris' excitement. Ferrari thinks Mom 'N'em will only add to Camp Washington's vibe.

The neighborhood, wedged between Northside and Clifton, is home to long-standing businesses like Camp Washington Chili and relative newcomers like Wave Pool, a multi-purpose gallery. The owners behind Rhinegeist are also planning a marijuana cultivation facility and dispensary nearby.

"It's been tough," Tony Ferrari said. "It's such a new and obscure project, so it's turned into a lot more work than I thought it would be. But Camp Washington's a really great neighborhood that's been growing very organically. People still think of it as undeveloped, scary, still a rough area, and it's not that at all. There's artists, businesses and ton of projects going on that no one really knows about. I would say in the three to five years, that neighborhood is going to be booming."

Mom 'N'em will mimic the beer garden concept. The 31-foot Airstream is already in the family's possession, and the menu will include pastries from Allez Bakery and locally roasted coffee by Deeper Roots. When up and running, Ferrari's mother Theresa will be in charge.

This will be the Ferraris' third coffee-related venture overall; Tony and Austin own a small coffee shop in San Francisco called Provender, as well as the Hillside Supper Club, a restaurant. And in September, the family resurrected their great uncle and grandfather's 65 year-old barbershop, now Ferrari Barber & Coffee Co., located at 5 Garfield Place, Downtown. The old-world outfit, with three barber chairs, also serves up espresso and other drinks to both patrons and passersby.

"Coffee's in our family," Tony Ferrari said. "As you can see with the repetition of projects, they all have a story and mean something to us. They're part of our life.

"We came so close to throwing in the towel and giving up, but our team kept pushing and saying, 'We're so close. Let's keep going,'" he added. "We're seeing it through."

But first things first. The meeting with the Zoning Hearing Examiner is at 11 a.m. Wednesday, Oct. 18, at 805 Central Ave., Suite 500. The Mom 'N'em team will be there, and they're hoping for a contingency of supporters, among them, the Camp Washington Community Council.

After the delay, hopes are high that things are finally moving in the right direction. If everything falls into place, he's hoping for a spring or summer debut.

"I can't wait to open this thing," Tony Ferrari said. "It's going to be a great thing for the area and for Cincinnati and something that's new and different as well. I'm excited."