Broo View: Woeful Reds need a hero from their past

How about Chris Sabo? 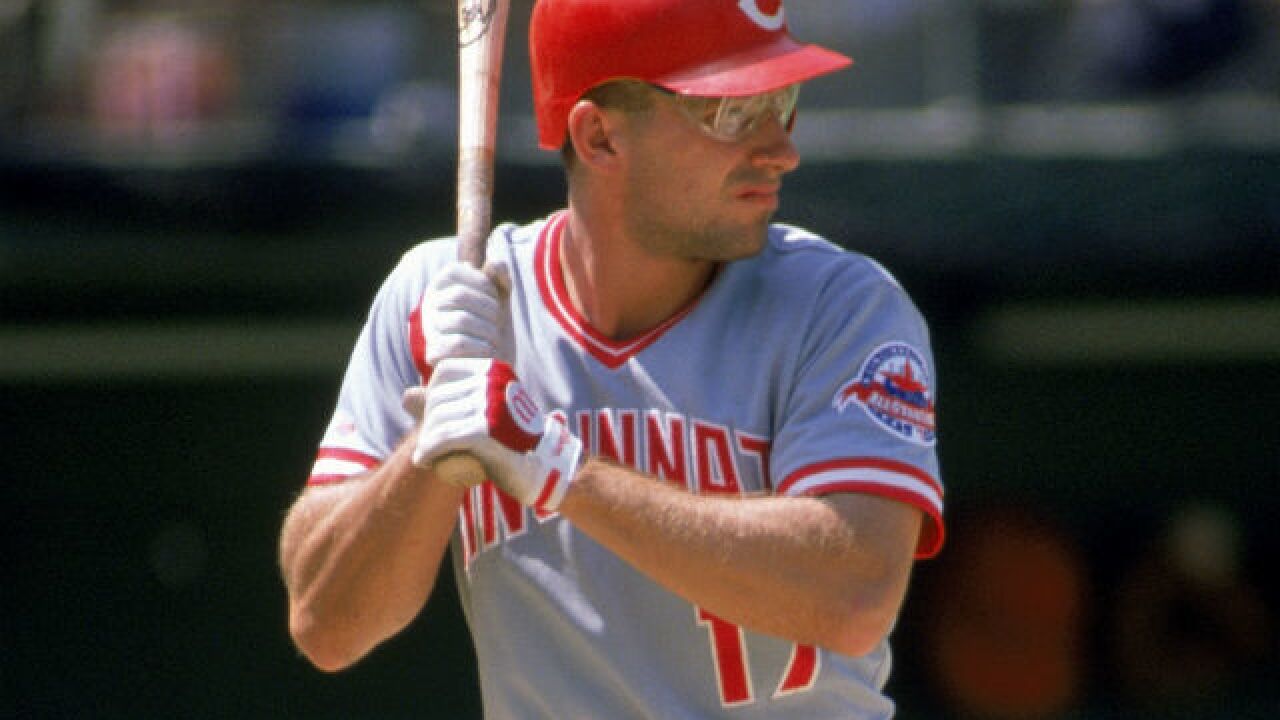 Copyright Getty Images
<p>SAN DIEGO - 1988: Chris Sabo #17 of the Cincinnati Reds stands ready at the plate during a game against the San Diego Padres in August of 1988 at Jack Murphy Stadium in San Diego, California. (Photo by Stephen Dunn/Getty Images)</p> 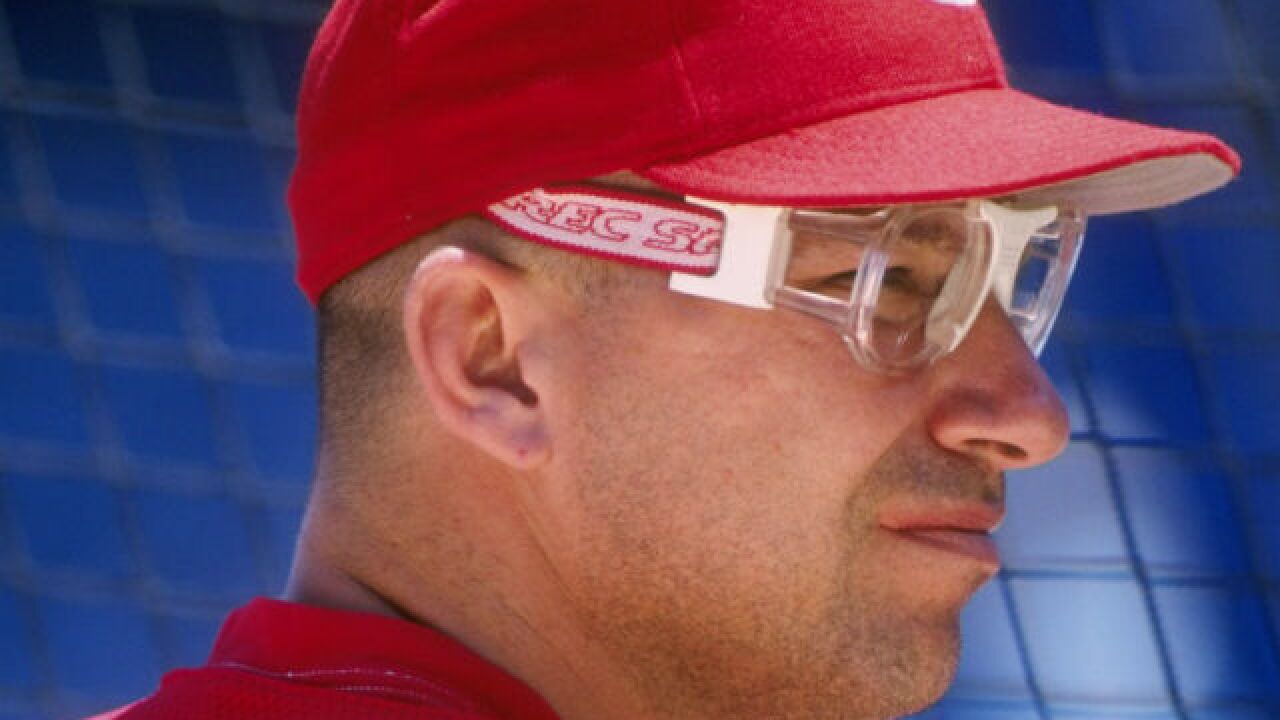 With their present-day situation so awful, the Reds should tap into their past. Maybe they can find some winning formula there.

On Wednesday morning, the Reds fired manager Bryan Price. The speculation has begun.

Two days ago, the hometown team was on track to win a grand total of 20 games this season. They're better than their record would have you believe. But this is not a good ball club nor a good organization right now. The finger pointing can go in more than one direction for that. The "blame game" is too easy. Fixing what's wrong is the hard part.

But here's a suggestion: Go back to the time when this organization was good, really good. Chances are, no one from those Big Red Machine days are at an age where they would want to get into the grueling grind of working with a major league team. So why not start with the last, great team the Reds put on the field? Why not start with those who participated in that 1990 "wire to wire" season?

Why not start with Chris Sabo?

I've covered the Reds, on and off, for the last 40 or so years. Eric Davis was the most naturally gifted player I covered. Jose Rijo was the most charismatic. Pete Rose was the most driven and Johnny Bench was the best at his position. But none of those players combined the passion, ease and focus that Sabo did. None. Sabo also happens to be one of the most popular players in Reds history. Oh, and by the way, he's coaching right now.

"Still coaching the top team there," Sabo told me.  "We're currently ranked fifth in the country."

Sabo isn't in any position to manage any major league baseball team anytime soon. But, in typical Sabo style, he told me. "Oh. sure. Why not? I'd like to get back into pro ball now. My girls are pretty much grown. The travel wouldn't bother like it did when the kids were growing up. Yeah, sure. Why not?"

But he's certainly in a position to serve as a coach. Fundamentally, he was sound in the field. He worked the count as well as anyone at the plate.  He had decent base running skills. He had passion. And, to be fair about it, the Reds haven't exactly run from their past. Former Reds Freddie Benavides and Billy Hatcher are on the coaching staff. Davis works as a Reds roving instructor in their minor league system. Barry Larkin is in camp with the Reds every spring and may be a Reds "manager in waiting."

Sabo told me he hasn't been shy about letting the Reds know he'd like to work for them.

"I inquire with the Reds pretty much yearly," Sabo told me.  "I'd love to interview, if there's something open in the minor leagues or something like that. I guess when they have an interview, they'll interview me."

If I'm the Reds, I create an opening. Sounds to me like the classic "no brainer."

By the way, the craziest teammate that Sabo ever played with? That's a "no brainer," too.

"Probably Randy Myers. He was Mr. Mellow. His locker was right next to mine. I'm odd but he was odder than I was. Yeah, I never got his whole military thing and the Bowie knives, the fake hand grenades. But I liked him," Sabo said as he looked back on the last, great Reds team. "He was a good teammate. He was always friendly with me. I was always friendly with him. But he was different, to say the least."

For the last seven years, the Reds development of minor league players has been, to put it gently, sluggish. Part of it has been trading the farm, literally, to get major league-ready players. In 2011, they traded minor leaguers Yasmani Grandal, Yonder Alonso and Brad Boxberger to the Padres to get pitcher Mat Latos. Latos won a grand total of 33 games for the Reds before they got tired of his act.

A fourth player who went to the Padres in that deal, pitcher Edinson Volquez, wound up winning 69 major league games after he was traded. Before the 2013 season, because the Reds hadn't developed an outfielder since Jay Bruce arrived in 2008, they traded for Shin-Soo Choo. The Reds got one year out of Choo before he became a free agent. It cost them the current shortstop for the New York Yankees,  Didi Gregorius.

There have been salary dumps along the way, too. Jay Bruce and his impending, hefty, free-agent contract was dumped on the Mets for Dilson Herrera, a player who arrived hurt and was simply banished to AAA. Aroldis Chapman, Johnny Cueto and Todd Frazier were all held onto far too long and returned less in trades that would have netted the Reds more if executed earlier.  Zack Cozart was simply allowed to walk away to free agency with no immediate compensation.

The Reds are in a self-created mess. Tapping deeper into their past won't, in itself, get them out of it. But it's a start. They should call Chris Sabo.

Now then, to some random thoughts on this random Thursday ...

The Bengals had Lamar Jackson in for a visit this week. Hmmmmm. Picking 21st overall in next week's NFL draft, they should address other needs. They'll have a chance to pick a center and maybe even a tackle, Texas' Connor Williams, who can also play guard. But Mike Brown has always overvalued the quarterback position, just as his dad did. Jackson was stellar at Louisville and would bring the same dimension to the Bengals as DeShaun Watson brought to the Texans. They will be tempted if he's available at 21 ...

But offensive lineman are to football what pitching is to baseball. You can never have enough...

Here's a novel idea from Cubs first baseman Anthony Rizzo.  He's correct about the MLB season being too long. But I don't think he'll have a line behind him supporting the idea ...

My two biggest surprises so far in the NHL and NBA playoffs? How the Columbus Blue Jackets have made the Washington Capitals look like a tired, old team and how ill prepared the Cleveland Cavaliers were in their first game against the Indiana Pacers...

Reportedly a big, old 'oops' for Brett Favre. Everybody thinks being on TV is easy. It isn't. The trick is making the difficult look easy, same with anything in life...

Thirty-eight years ago this week, a monumental thing happened in the world of music. AC/DC formally introduced their new, lead singer Brian Johnson.

The band had been on a worldwide search to replaced the recently deceased Bon Scott, who basically drank himself to death. Johnson was fronting a group called Geordie when the Young brothers, Malcolm and Angus, invited him to audition. He passed the test, on the spot. Commercially, the group enjoyed its best days with Johnson. And commercially, Johnson did just fine. He's worth about $80 million, thanks to over 140 million records, tapes, CDs and downloads of AC/DC songs. "Moneytalks" came out about 28 years ago and appears on the band's album "Razor's Edge."

These days, Brian Johnson lives in Sarasota, Florida, where he's very involved in the local arts. He's a huge fan of Broadway productions and has helped produce several shows, as well as hosting car shows on cable TV. Johnson walked away from the music business awhile back. His hearing is shot. Listening to loud music will do that to you. When your father used to scream, "Turn that damn thing down," he knew what he was talking about.