Broo View: LeBron James will play where he must to add to his legacy, and it won't be Cleveland

It's been a good ride, though 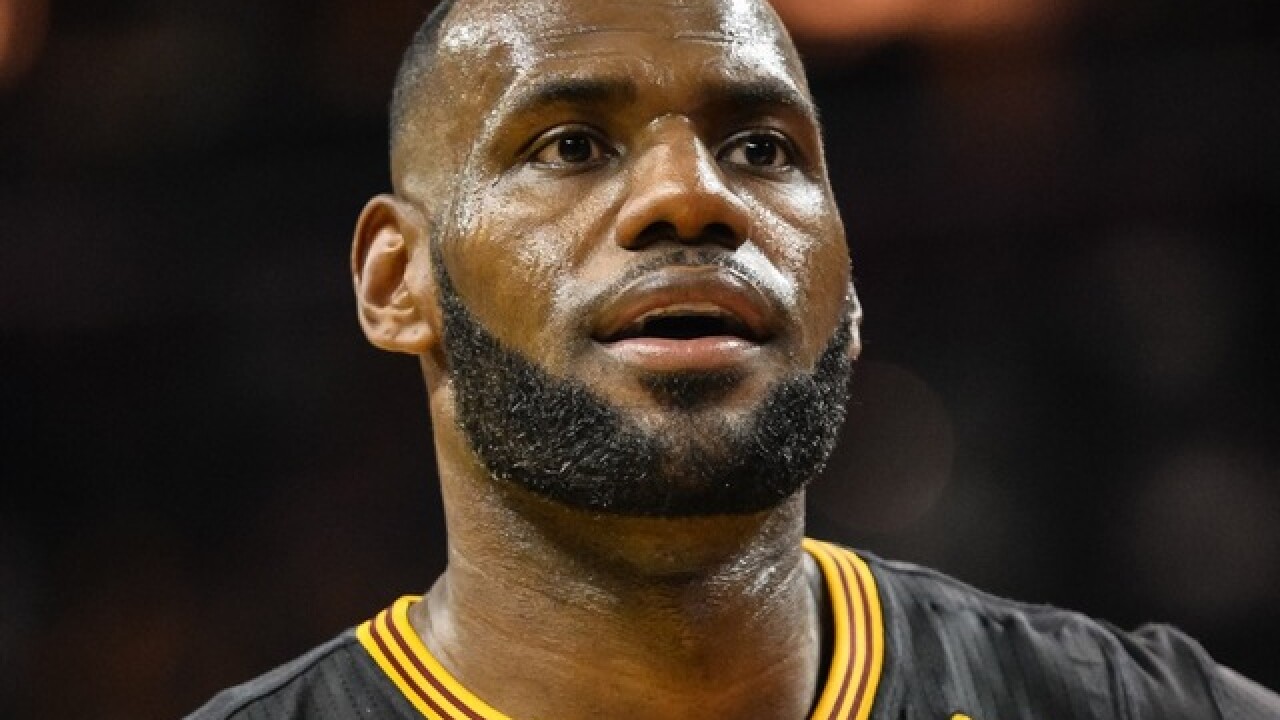 Enjoy LeBron James, Cleveland. His time in a Cavaliers uniform is probably down to just a handful of games.

Predicting what a multimillionaire will do isn't the easiest game to play. Other than wanting to make more money, they're often taken to other platforms because of their wealth. It'd be hard not to see the same thing happening with the definitive basketball player of his generation.

The smart money is that James makes his future money someplace other than Cleveland.

It has nothing to do with that city. While James' return to the city he jilted has enhanced its reputation nationally, the truth is Cleveland was a pretty good town before he got there. Its waterfront was alive and flourishing long before Cincinnati's. Long before James was anointed a king, Cleveland had some great dining spots, decent nightlife and some terrific suburbs. Veteran Clevelanders even remember a time when their town was one of the music capitals of the world. The Rock & Roll Hall of Fame isn't in Cleveland just because construction costs are cheaper there.

James, of course, changed everything. When he "took his talents to South Beach" in the summer of 2010, it devastated the Cavaliers franchise. But the city churned on.

When he returned in 2014, he vowed to bring the city of Cleveland a championship.

And along the way, James was paid handsomely. King James is in the middle of a three-year contract that is worth just shy of $100 million.

In this story, written as James returned for his second stint in Cleveland, Forbes.com said James had made $450 million so far in his NBA career, just in salary alone. Bankrate.com estimated James will make $55 million just in endorsements in this current season.

The point is, LeBron James doesn't need the money. He has enough for him, his children and their heirs to spend. Forever.

What motivates any athlete are two things: money and winning championships. After that, athletes become concerned about their legacy -- what will be written about them long after they've left this earth. James has checked off the money part. It's parts two and three that should concern Cavs fans, and part two will take care of part three.

Win or lose a championship this season, James will play on wherever he thinks he has the best chance to add to his legacy … and it doesn't appear to be Cleveland.

This year has been a struggle for the Cavaliers. The mere fact that they'll play for an Eastern Conference championship, and the right to play for an NBA championship should they be successful, has to be a shock to a lot of people.

Before this year's trade deadline, the Cavaliers were a massive disappointment. Some of that was LeBron's doing; he didn't seem to want to make the Kyrie Irving situation work. When Irving was traded away last summer, this truly became LeBron's team -- and up until March, it wasn't much of a team.

Actually, it was right before the trade deadline that Cleveland blew up its roster and found players that allowed LeBron to be LeBron.

So far it has worked.

But for James, it's been a lot of work. Look at Game 7 against the Indiana Pacers. The Cavaliers won that game by four points. But it took 45 points from James to get them that win. In 11 playoff games so far this spring, James has scored more than 40 points in four of them. He's averaging 34.4 points per playoff game this spring. Whether he wins MVP or not, LeBron James is clearly the most valuable player to his team this season.

But for a player who will turn 34 later this year, it has to be more than that if you're writing a legacy.

What are the chances Cleveland will replicate this playoff run next season? Surrounded by role players like Kyle Korver and J.R. Smith, the Cavaliers have mostly James with a smattering of Kevin Love. Love has one more year to go on his current Cleveland contract. And while the players the Cavaliers have placed around James have been largely at his blessing, facts are facts. James led the Cavs in four of the top five player metrics this season: blocks, steals, assists and points. He also averaged about 37 minutes a game, nine more on average than Love, the player who ranked second in that category.

If you're James, and you've already delivered on the championship promise, wouldn't you like to go somewhere where a team has more talent around you and would be less reliant on just you?

The question, of course, is which team would that be? Conventional wisdom says it would be a team that plays in the Eastern Conference. Why would James want to play in the West, where so many of the better NBA teams reside? But remember, this isn't a conventional player.

For the record, James has never wavered in his support of his teammates. And he came to their defense again after polishing off the Toronto Raptors in four games Monday night.

But remember, this is a man who helped piece together a dream team in Miami. With one more chance before time catches up with him, he could do it again. He probably will, maybe in a bigger town, certainly with better talent. Those are the things you do when you're a superstar crafting a legacy. Michael Jordan won six NBA championships in his career. James won't catch him, but it's a safe bet he'll win more than his current three. The question is: with what team?

The answer, it seems to me, is somewhere besides the Cavaliers.

It's not a bad time to wish an aging but gifted rock 'n' roller a happy birthday. Dave Mason will turn 72 on Thursday. He wrote and recorded a song that many have covered. But it was Mason who first recorded this song back in 1968 with the group Traffic.

Mason and Traffic were inducted into the Rock & Roll Hall of Fame in 2004, but Mason is more remembered for his work with Jimi Hendrix. At a party in London, they listened to a Bob Dylan album that was released on that day, Dec. 27, 1967. The album was "John Wesley Harding."  And the song that intrigued Hendrix was "All Along the Watchtower."

Immediately, Hendrix and Mason, his good friend, went to a nearby studio that Hendrix was using at the time, and throughout the night they created their own version of the song. Some say Hendrix's version is far superior to Dylan's. Tough call. But on that song recorded by Hendrix, Dave Mason is playing the 12-string acoustic guitar. And on Thursday, David Thomas Mason, one of the best rock 'n' rollers God ever put on this planet, will celebrate his 72nd birthday.