Broo View: For Reds, what might've been gets trumped by what's really happened 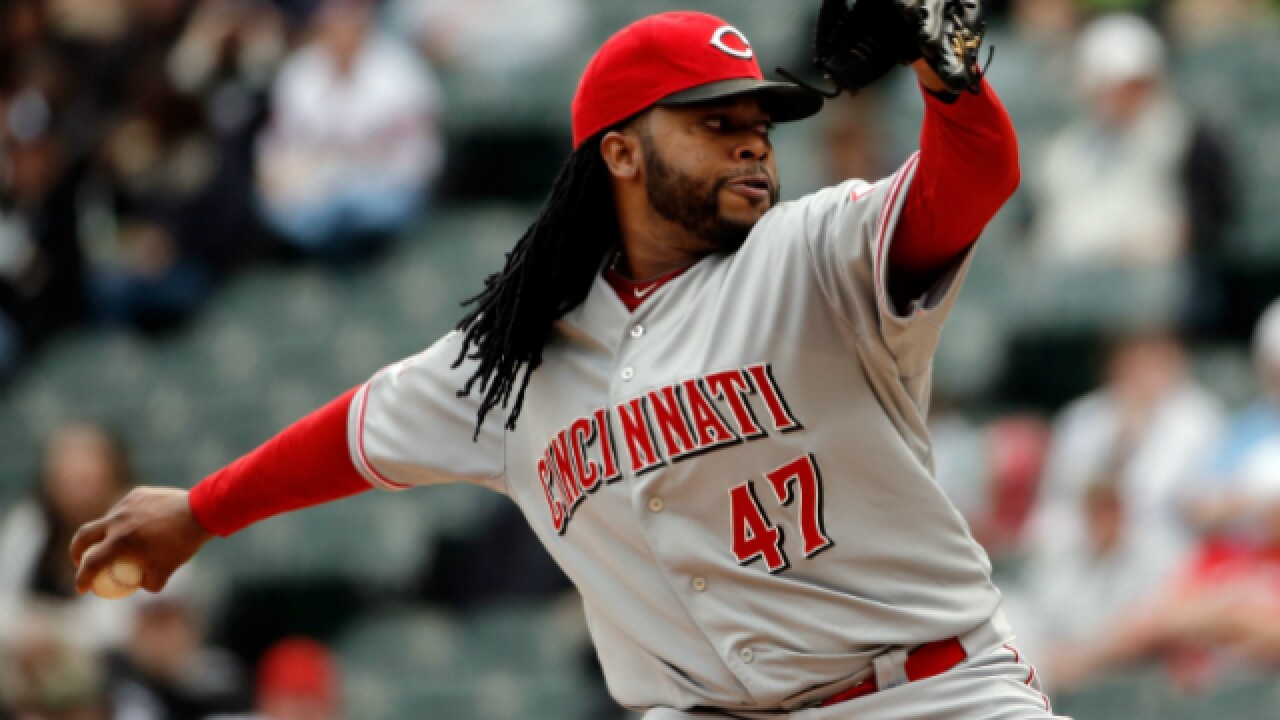 When you look at baseball today, you think of what might've been because what we have is so hard to take. Especially if you root for the Cincinnati Reds.

Not even a week old, and we see that former Reds, Didi Gregorius went four for four in a game and drove in eight runs. In another game, former Reds ace Johnny Cueto pitched six innings of one-run baseball. Aroldis Chapman has two saves already. Mike Leake is off to a fast start. So, too, is Yasmani Grandal.

This hasn't been a great start for the Reds, but former Reds greatness, potential or otherwise, abounds.

What might've been is always trumped by what really happened.

There was a time when the Reds appeared to be "all in." It was six years ago, but it seems like a lifetime. In 2012, it appeared the Reds were poised to make a run at the World Series trophy that has now eluded an entire generation of Reds fans. The price to get this, and the price paid for not reaching it have been steep.

Mat Latos is another name that comes to mind.

Starved for starting pitching, Latos was supposed to be the power arm that would put the Reds over the top. Well, look at the price. For exactly 33 wins, Latos cost the Reds Grandal, Yonder Alonso (now the Indians' first baseman), Brad Boxberger (who already has two saves this season for the Diamondbacks) and Edinson Volquez (who won 69 Major League games after leaving the Reds). Latos is out of baseball.

Because the Reds hadn't developed an outfielder since Jay Bruce broke into the Majors in 2008 (and since converted infielder Billy Hamilton was ready for prime time), they had to trade for one in 2013. That was Shin-Soo Choo. For one season of Choo, it cost the Reds Gregorius.

After 2013, not only was Choo gone, so too was manager Dusty Baker. Bruce's salary was dumped on the Mets. In return, they got a player who hasn't been healthy since he arrived. And when Dilson Herrera was lopped off the roster and outrighted to AAA, another trade had fizzled. Todd Frazier was sent to the White Sox in a three-team trade. The Reds wound up with Jose Peraza (who has yet to show he can hit Major League pitching) and a decent power hitter in outfielder Scott Schebler. Chapman for four players who could've gotten lost in a phone booth. Leake went to the Giants, and the Reds got a decent power hitting outfielder in Adam Duvall. Cueto went to the Royals for two sore arms and Brandon Finnegan, who's been hurt a lot and is looking more like a bullpen option rather than a starting rotation stand-out.

The price to attain contending status was steep. The price paid for not reaching it has been steeper.

And it's not just trades. Decisions were made with lasting ramifications. Homer Bailey was kept (and rewarded with a six-year $106 million deal) instead of Cueto. Bailey made us 26 starts from 2015-2017 because of arm injuries, missing as many as 70 starts in that span. Gregorius was kept rather than Brandon Phillips. Gregorius was younger, but unproven. Phillips played well through the end of his time in Cincinnati in 2016. It wasn't a tough call, but Gregorius is in a Reds uniform today. Grandal developed a problem with performance-enhancing drugs after leaving Cincinnati, but he cleaned his act up. The Reds elected to keep Devin Mesoraco, who played in only 95 games from 2015-2017. They have Tucker Barnhart as their starting catcher now, but if they hadn't done their salary dumps two years ago, Grandal would have been a terrific option behind the plate.

All of this is hindsight. As Bob Seger sings in his iconic song "Against The Wind," I "wish I didn't know now what I didn't know then." Of the four major sports, baseball remains the hardest to predict success and the least successful at developing players. It's hard to put a round bat on a round ball, and the difference between success and failure for pitchers is mere inches. Injuries have dealt a cruel blow to a lot of franchises, including the Reds. But if looking at what the Reds had and what they decided to do with it, largely because of financial concerns, it makes you wonder "what if." And in Cincinnati, that appears to be the only game any of our teams have mastered.

And now for some random thoughts that are bouncing around my head like a loose golf ball on a parched fairway:

If by some strange, twisted chance Tony Finau wins The Masters (after a strange, twisted ankle adventure in Wednesday's Par 3 event), he'll change the entire precept of medicine from "first do no harm" to "first see no doctor."  Finau, who was leaping in the air in jubilation over a hole-in-one when he fell, spraining his ankle, simply dropped to the ground and slapped his injured ankle back into place. He then completed the tournament. Finau finished the first round of The Masters near the top of the leaderboard. Pretty amazing!

I have no idea if Travis Steele is the next Chris Mack, but I do know if he has assistant coaches who do for him what he did for Mack, Steele will be wildly successful for Xavier University. Steele told me that he was the one who designed the offensive plays that the Musketeers ran the last three seasons. And there wasn't a recruit that Xavier landed in the last nine years that Steele didn't foster, including Trevon Bluiett.

I'd like to think Jacob Evan has a real chance to play in the NBA. He comes off a a solid person who has a nice shooter's touch. ESPN has him rated as the 24th best player in the upcoming draft, for what that's worth. However, the NBA draft history is loaded with college players, especially guards, who were rated high and never made it. Look at Sean Kilpatrick. He is arguably one of the top five players in the history of UC basketball (for you youngsters, please check history on this), and he's had a tough time sticking with one team. Kilpatrick is making money, sure. But if a player like Kilpatrick, who stayed all four years at UC before trying pro basketball, has led a nomadic basketball life, there's a good chance that will be the ceiling for Evans.

I keep hearing Connor Williams' name attached the Bengals, who have the 21st overall pick in this upcoming NFL draft. He wouldn't be a bad choice. Williams has played tackle at Texas, but most project him as a guard. It used to be you built your offensive line from the inside (center) out. In later years, because of the popularity of "edge-rushing," it was tackles who became the main focal point of building an offensive line. The worst kind of pressure on a quarterback is pressure in his face. If Williams can play effectively anywhere along the line, inside or out, immediately, I would grab him.

It's also a monumental day in the world of music. Fifty years ago from Friday, the soundtrack from "The Graduate" went to No. 1 on the U.S. albums chart, spawning this hit song.

As late as 1970, you could take a night course at NYU in New York City and learn songwriting from Paul Simon. This song, which also went to No. 1, made its debut on Simon and Art Garfunkel's "Wednesday Morning, 3 A.M." album in 1966. But it was included in the film "The Graduate," and used three separate times in the film by director Mike Nichols. It, like just about every other song on The Graduate soundtrack, featured only Simon and Garfunkel. About eight years ago, Garfunkel said this about "The Sound of Silence" when he was interviewed by MusicRadar magazine:

"As the years go by, there’s something extraordinarily hooky about that simple melody –- I didn’t know that. I knew it was a good-sounding record when it emerged ... It was the sixth song Paul ever wrote. He would come to my apartment on Amsterdam Avenue, where the roaches were in the kitchen, and he’d play me his songs. When he got to this one, I said, ‘Best one yet!’”

More than a few fans of Simon and Garfunkel would probably give you an amen on that.